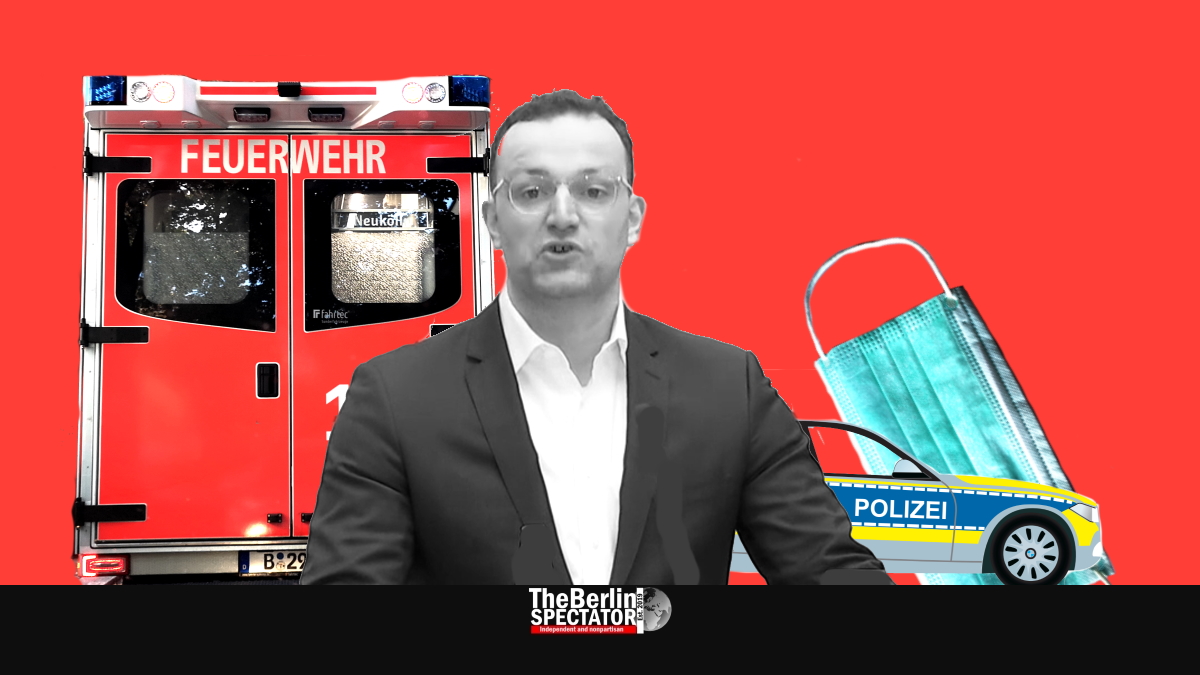 In Berlin, Germany’s Health Minister Jens Spahn spoke out in favor of the mandatory mask rule again, while authorities in Sindelfingen and Koblenz were dealing with new local Corona outbreaks.

A premature easing of the rule that makes wearing protective masks mandatory in shops and public transport is not the right way to go, according to Germany’s Health Minister Spahn. During an online discussion about the implications of the Corona pandemic, he said getting rid of the rule three weeks late would be better than doing so three weeks early.

In certain situations, masks needed to be worn in order to decrease the infection risk, Spahn stated. Masks were a mild but important tool, especially in retail or public transport, where keeping one’s distance was difficult. While the discussion about dumping the mask rule keeps on surfacing, the Berlin government is opposed to any step of this kind.

In Germany, a total of 198,699 persons have been infected with the Coronavirus since the crisis started in January. More than 183,000 individuals have been healed, but 9,046 COVID-19 patients died. But in comparison with some other European countries, the situation in Germany seems harmless at this stage.

Two new local Corona outbreaks were reported. In the town of Sindelfingen, two children at a kindergarten tested positive for the virus. Contact persons, including nursery school teachers, are being tested. Because of the two confirmed cases and some suspected ones, three kindergartens were shut down.

Another local outbreak was reported in Koblenz, where three dormitories are now under quarantine. According to local media based in the region, three students recently had typical symptoms and went to a clinic. They tested positive for Corona. The county of Mayen-Koblenz confirmed the outbreak.

Two of the dormitories, where the infected persons live, were put under quarantine. The third one accommodates people identified as contact persons some of whom now have symptoms as well. Several test results are still pending. The search for contact persons outside those dormitories is ongoing. Koblenz University is not affected because all lectures still take place online.

In the meantime, more and more cities in Germany try to stop uncontrolled parties in their centers during the weekends. In Nuremberg, a sales ban for alcoholic beverages was put in place. Barriers and security officers in the are supposed to prevent spontaneous parties from taking place. That way, Nuremberg intends to protect its residents against Corona infections.

In Berlin, Stuttgart and other cities, stopping outdoor parties with many people who ignore the distance rule has been a challenge for several weeks now.