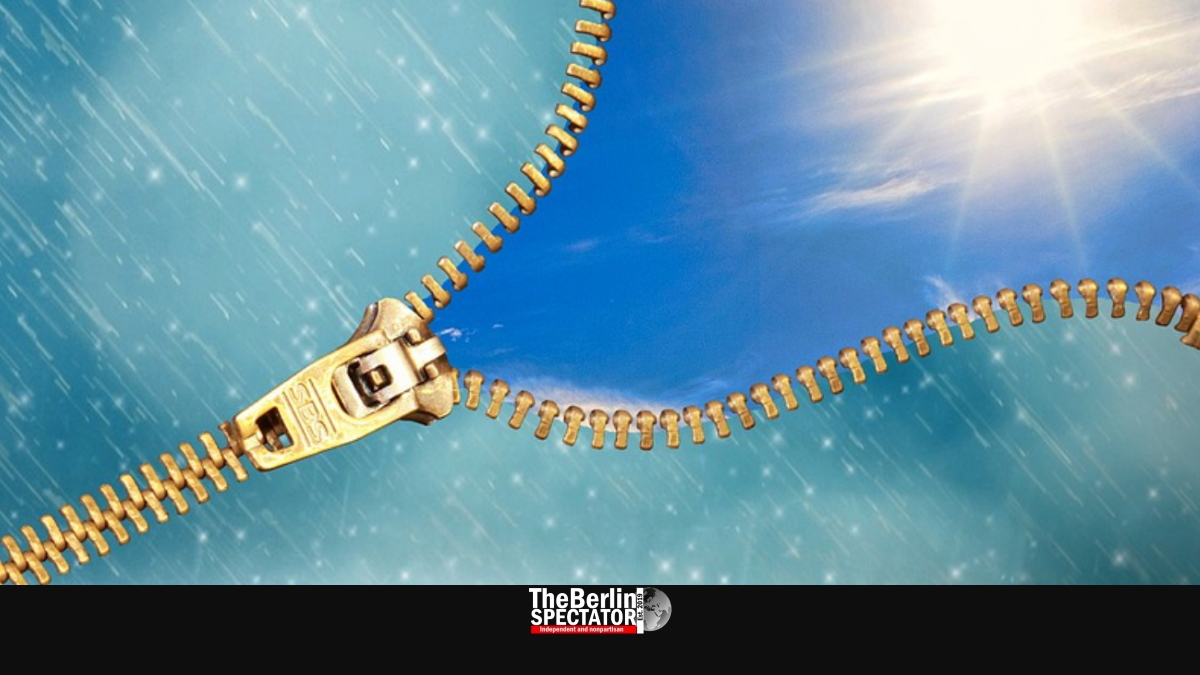 In southern Germany, outdoor swimming pools and parks are crammed, while the north is experiencing a rather cool summer. Things will improve next week, to some extent.

In Hamburg, sitting in beer gardens or at outdoor tables the neighborhood ice cream parlor provides is not really an option right now. It is not the Coronavirus that keeps residents from enjoying the summer, but the weather.

The cliché up there is that it rains 365 days per year, and it seems partially accurate these days. Today, what should be a nice summer day, according to the calendar, is a rainy mess with maximum daytime temperatures of 14 degrees Centigrade (57 degrees Fahrenheit).

Whoever might think things will improve tomorrow is mistaken. This coming weekend, the rain in Hamburg might stop on Saturday, only to return on Sunday, at slowly rising temperatures. Monday will bring 20 degrees C (68 degrees F), meaning the summer will not return to Hamburg too quickly, but at least it will be dry next week.

In much of southern Germany, it has been bikini time for a while. People gather at lakes, rivers and outdoor swimming pools, they lick ice cream cones and spend their time sitting at outdoor restaurant tables. In many regions, residents are enjoying 30 to 32 degrees C (86 to 90 degrees F).

In north-eastern Germany, including Berlin, cool weather is what people are used to by now. In the north-east of Germany, the summer will actually arrive next week. Forecasters say it will be rainy until Friday night and cool during the weekend, but this situation is about to change.

For Tuesday, the Berlin Brandenburg region is expecting 25 degrees C (77 degrees F). On Wednesday, they might even feel 27 degrees C (81 degrees F). This may be just the right weather to rent a canoe and move around on the Spree river or to engage in skinny dipping at some Brandenburg lake.

Much further south, in and around Munich, the A/Cs should be powered up today, as 30 degrees C (86 degrees F) and a lot of sunshine are expected. This weekend will supposedly be rather cool, even down there, at 20 degrees C (68 degrees F), before the summer returns to Bavaria on Wednesday.

The summer of 2019 was somewhat different. Berlin experienced the hottest June day ever. More record temperatures were broken in several parts of Germany in July of last year. The town of Lingen had the honor to experience 42.6 degrees C (108.7 degrees F). Residents felt like Pizza Margarita in the oven.

Update Thursday, 11:35 a.m.: Forecasters just announced the former tropical storm Edouard would hit parts of southern Germany in the next few days and bring low temperatures and rain. Thunderstorms are expected in the north. This might mean the forecasts for the affected areas might already be partially outdated.