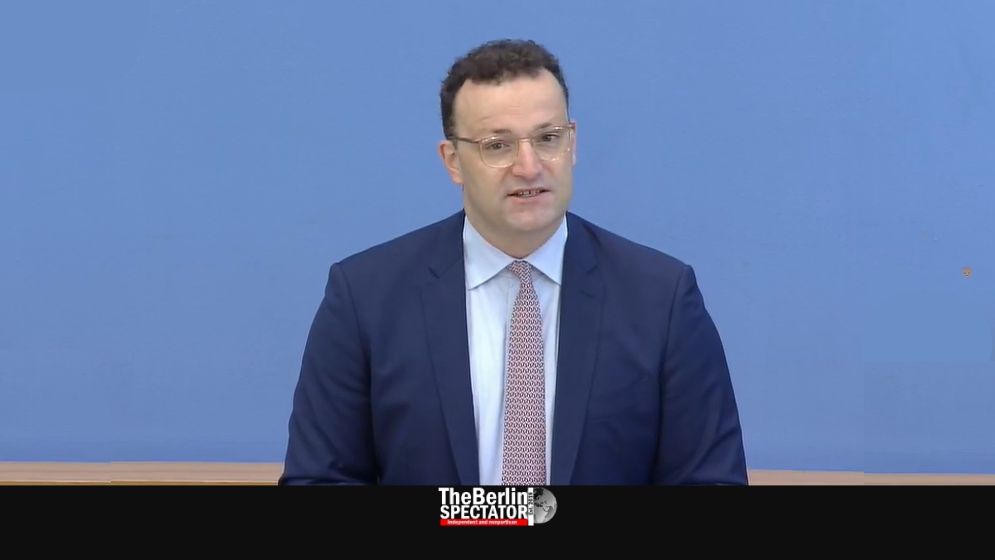 In Berlin, Germany’s Health Minister Jens Spahn said it was not a foregone conclusion that there would be a second Corona wave in fall. “We can succeed in breaking the chains of infection”, he stated.

The Health Minister of the Federal Republic of Germany, Jens Spahn, said a second Corona wave in fall and winter could be prevented. Chains of infections needed to be broken in order to achieve that goal. ‘I’d rather rely on reason than on bans’, he said at a press conference in Berlin on Monday.

‘Worldwide Numbers Higher than Ever’

So far, Germany had made it through the Corona crisis relatively well, Spahn stated. He thanked the nation for following the contact and distance rules and for wearing masks. “Local and regional Corona outbreaks have shown how quickly the virus spreads when it is given the opportunity.”

The fact that the local health authorities had managed to contain the infection chains was reassuring, Spahn said. But Germany should not be lulled into a false sense of security. “We are in the middle of the pandemic”, the Minister stressed. “The worldwide numbers are higher than ever”.

Spahn said the danger could be seen in countries that had recently been in a good situation, but in which things had deteriorated. He mentioned Israel, Japan and South Korea as examples.

The successes Germany had had in the fight against the Coronavirus needed to be secured. “We owe it to those who had to dispense with a lot”, Jens Spahn said. They were many citizens including parents and small business owners.

“Please keep your distance and wear masks”, Spahn stated. “It is better to be too careful than not careful enough.” He said this applied on vacation as well. Photos from Mallorca, Germany’s favorite vacation spot, had worried him, Spahn conceded. “We have to make sure Mallorca will not be the second Ischgl.”

In Mallorca, German tourists had celebrated giant parties with hardly any distance in the past days. Ischgl, an Austrian skiing resort, had been in the headlines at the beginning of the Corona crisis. The virus had spread there very quickly, also because people did not seem to adhere to the rules.

According to Minister Jens Spahn, Germany is more experienced with Corona now. He said the Corona Warning App recently released by the government had been downloaded by 15.5 million people so far, more than in all other E.U. countries combined. Several states in Western Europe released similar software applications for cell phones.

During Germany’s Presidency of the Council of the European Union, which started 13 days ago, he would meet with his European colleagues, Spahn announced. One of his goals was to make Europe more independent what medical items such as masks were concerned.

Helping certain regions in the crisis and supporting the World Health Organization (WHO) belonged to the priorities as well. At this stage, since the United States left the WHO, Germany is the organization’s biggest contributor.