‘Marzahn Pride’ to Show Solidarity with LGBTI Community in Russia 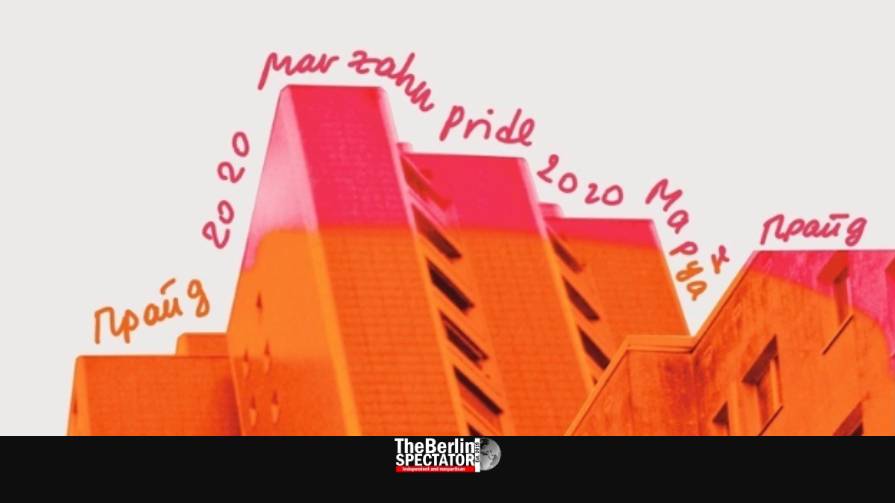 Berlin has a new gay pride parade called the ‘Marzahn Pride’. Its first edition will take place this Saturday.

On Saturday, the first ‘Marzahn Pride’ ever, a parade of lesbians, gays, bisexuals, transsexuals, inter-sex people and their supporters, will take place in Berlin’s Marzahn district. The organizers want to promote equal rights for the LGBTI community, and protest homophobia in Germany and abroad.

No Place for Prejudice

Because of Corona, Berlin’s Christopher Street Day and the Lesbian-Gay City Fest were cancelled this year. The new ‘Marzahn Pride’ event is a substitute, but it will also convey its own message. Marzahn, a Berlin district full of communist style apartment blocks and with many Russian and Eastern European residents, is the location for the happening which is a mixture between a protest and a party.

For years, the NGO Quarteera has been supporting members of the LGBTI community who came to Berlin from Russia and other countries in Eastern Europe, where the level of homophobia and discrimination against this minority is alarming. During the ‘Marzahn Pride’, the organization wants to show Russian-speaking fellow citizens in Berlin that there is no place for prejudice or discrimination.

Berlin’s Governing Mayor Michael Müller thanked Quarteera for organizing the event. “It brings together people who will stand up for freedom and equality”, he said. “At the same time, the ‘Marzahn Pride’ draws attention to LGBTI people in Russian-speaking countries”, where its members could not live their lives freely, Müller stated.

Other Articles (This one continues below.)

“Berlin advocates self-determination and acceptance for sexual diversity”, the Governing Mayor stressed in a welcome message for the participants. Protecting LGBTI refugees was one of the policies of the city state of Berlin, he said. Müller wished everyone a happy ‘Marzahn Pride’.

The event on Saturday, July 18th, 2020, commences at 11:30 a.m. at the Raoul Wallenberg Strasse ‘S-Bahn’ train station. The ‘Marzahn Pride’ protest march begins at noon. By 2 p.m., everyone should have made it to Victor Klemperer Square, where the actual rally takes place.

The Corona rules will be followed.

The ‘Marzhan Pride’ website can be accessed here (German and Russian only).