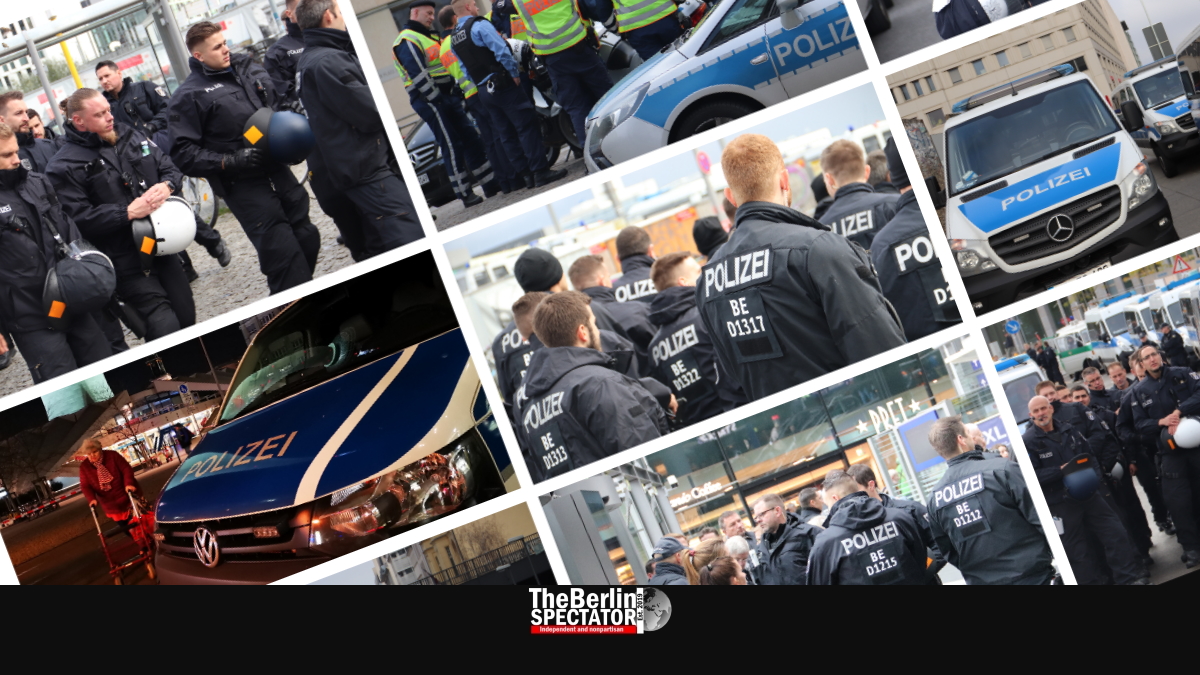 Since George Floyd was killed in the U.S. in May, there has been a discussion about alleged racism and brutality in the German police as well. Should a study deliver answers about the situation? Interior Minister Seehofer says no.

What is going on in Germany’s police? This is always a good question to ask and to find answers to. But there is a wide range of opinions. While some believe there is racism, racial profiling and brutality, others say there was no problem of this kind.

In some of Germany’s federal states, some Interior Ministers want to team up with other states to conduct a study that would provide answers. Germany’s Interior Minister Horst Seehofer does not see any need for research regarding racism. He was criticized for saying so.

After the attacks against police officers last weekend in Frankfurt, during which broken bottles and other items were thrown at them, and a similar event that recently occurred in Stuttgart, Seehofer said he demanded a study about brutality against the police, instead of the other way around.

Generally, the Federal Police and their colleagues in the sixteen federal states help people, for instance by protecting them and fighting crime. The overall approach the police in Germany are taking looks very advanced in comparison with other countries. While police officers in certain Balkan countries cause problems, their German colleagues resolve them.

In south-eastern European countries, many cops are corrupt. In Germany, they are generally not. At protests, police in some countries target participants, while they generally do not in Germany. Here, the police sends out official ‘deescalation teams’ the members of which talk to the organizers and try to avoid violence.

Many German officers, at border crossings, on city streets or at police stations, are polite, even friendly, and they seem to be concentrating on doing the job they are supposed to do. In Germany, police departments sell themselves as “your friend and helper”. They say they are “here for you”.

Of course, politeness and deescalation methods often do not help much when it comes to dealing with mean criminals. Accusations against the police are a regular occurrence when they take action. Nobody wants to be stopped and get fined on the road. No criminal wants to be investigated or arrested.

“All of Berlin hates the police!” In the capital of protests, this is the lie radical left-wingers often start chanting during the many rallies they stage. Protesters bring banners on which they demand an end to “the armament of the police”. Except there is none.

In spite of this kind of treatment and attacks against officers, the police keep on protecting Berlin from extremists, and protesters from themselves. Most attempts to turn any protest into a violent event are being thwarted by the police. When dozens of protesters turn a protest against police violence in the U.S. into a violent protest against the German police, which they did at a recent ‘Black Lives Matter’ rally in Berlin, the officers need to stop them. Then, they will be accused of brutality.

Police operations against criminal family clans, many of which are Lebanese, have nothing to do with racism, even though radical left-wingers in Berlin say so. Stopping and checking nationals of African countries next to a park full of African drug dealers — there are at least two of those in Berlin — may be unpleasant, but this kind of police work is justified.

But are there racist cops in Germany? Yes. Is the idea of being on duty with a firearm attractive to Nazis? For sure. Are there bad cops in Germany? Yes. Studies about police brutality have been conducted in the past. Scientists at Bochum’s Ruhr University recently delivered some numbers.

According to those, Germany’s prosecutions investigate about 2,000 cases of illegal police violence per year. Whether that number is alarming is hard to say because police officers might be accused of things they never did. On the other hand, this definitely does not apply to all accusations against cops. Experts believe the actual number of cases of policy violence, many of which are never reported, might be five times higher than 2,000 per year.

Another question: Where should victims report abuse? At the police station they might have been beaten or threatened at? Some experts say there should be an authority other than the police, or an internal police they can go to. Another question that needs to be answered is this one: Is there any connection between violence and racism in the German police?

Other Features on The Berlin Spectator (This one continues below.)

For the Bochum study, researchers looked for individuals who claim to be victims of illegal police brutality. For that reason, the poll is not really representative. It ignored the large majority of those who never went through this kind of experience.

This study came to the obvious conclusion that the risk of being targeted by violent cops is higher at protests and big soccer matches than in homes. Seventy-one percent of all respondents said they had sustained minor injuries in those incidents. Nineteen percent said they had been injured badly.

One issue was evident in the Bochum study’s result: In only 14 percent of all reported cases of this kind, legal procedures against police officers were initiated. Many victims did not sue the perpetrators because they feared they might be sued back.

What racial profiling is concerned, only people of color who have gone through this experience know how intimidating this is. Many of them have. But does the number of racial profiling and other incidents of racism on the part of German police officers justify or warrant a study? Even some police unions day yes, there should be a study.

Germany may have the most trustworthy police on the planet. But is it perfect? Definitely not. Knowing the situation is necessary in order to know whether action has to be taken or not.

Interior Minister Seehofer rejected the idea of a big study with an unconventional argument. He said racial profiling was forbidden anyway. For the SPD, Kevin Kühnert reacted by saying that, according to this kind of logic, radar traps and tax investigations should be abolished too.

Some Interior Ministers in certain federal states intend to take action. In Lower Saxony, Boris Pistorius stated he wanted a study about police work and racism. The Senate in the city state of Berlin, where Interior Senator Andreas Geisel is a Social Democrat, just like Pistorius, agrees.

Whether more federal states, including those co-ruled by the conservative CDU or CSU, want to take part is unclear right now, but probably not.