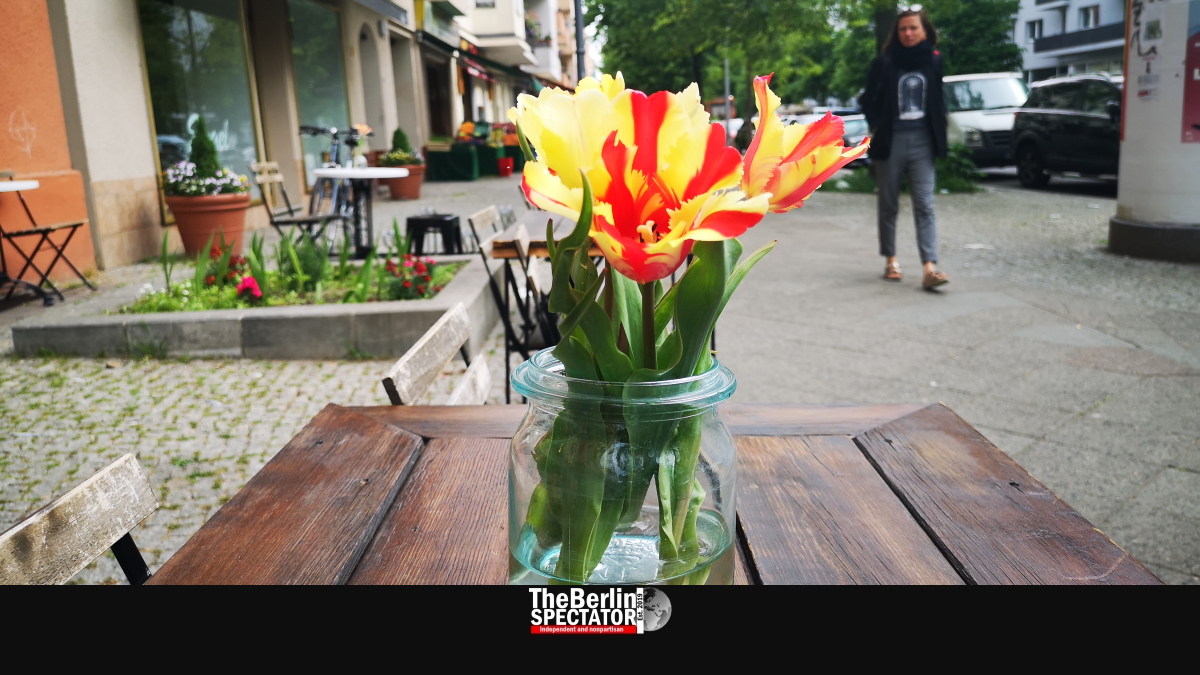 Visiting restaurants in Berlin will be a better experience soon because the Senate just decided to change the Corona rules. Up to six people will be allowed to sit at a table. Brothels and clubs may not reopen yet.

Germany’s food service industry was hit hard when Corona made landfall. It had to close down completely in March, when the semi-lockdown was announced. All restaurants were allowed to do was to offer take-out food.

When they were allowed to reopen in May, strict restrictions applied. In Berlin, some of those will be eased. The Senate decided to allow up to six people at one table, even when they cannot keep a distance of 1.5 meters (5 feet). In a few days from now, guests may also sit at bars and counters again while consuming beverages or meals.

In the past weeks, restaurant visits with friends or colleagues were somewhat different. The distance rule made communication difficult. While this part will be easier soon, the distance between tables is to remain the same, namely 1.5 meters. This means many restaurants will still have less guests than before the crisis.

Depending on their size and location, on the season and the weather, restaurants will not be able to accommodate their usual number of guests yet, but their income might improve a little because of the new rule regarding the maximum number of people at a table, no matter how many households they live in.

In the latest rule change the Berlin Senate approved it says the minimal distance in the outdoor part of restaurants “may be undershot if a protection from droplet infections and aerosols is guaranteed.” It does not say how exactly the latter is supposed to happen. What sounds a little vague might force restaurant owners to install plexiglass windows or to come up with other brilliant ideas.

In the past weeks, the Berlin Hotel and Restaurant Association had communicated with the Senate a lot. They wanted an easing of restrictions, also because the Coronavirus situation has improved to some extent. With the new rules, most restaurant and pub owners will still not be able to return to the income they had until February, for instance because the number of tourists is still far lower than it used to be, because of Corona.

The new Corona rules are supposed to kick in on Saturday. Whether this announcement can be kept depends on the question whether the Senate Administration manages to announce the changes in the official gazette on time, a spokeslady told The Berlin Spectator.

Rules to Kick in on Saturday

Clubs are still not allowed to open. The consumption of alcohol and drugs at those venues in Berlin, the dancing and the sex people are having at some of them would still make Corona infections likely. Berlin’s clubs have been closed for four months now. The city state’s Club Commission is looking into ways to make outdoor concerts possible, for instance at parks, where hundreds of Berliners have been partying on weekends.

Prostitution is still forbidden in Berlin, at this stage. Before the crisis, there were 8,000 sex workers in Berlin. They offered their services in brothels, apartments and on the street. Because keeping a distance is obviously not possible in the “business”, prostitution was forbidden in March. It is unclear when the Senate intends to allow it again.