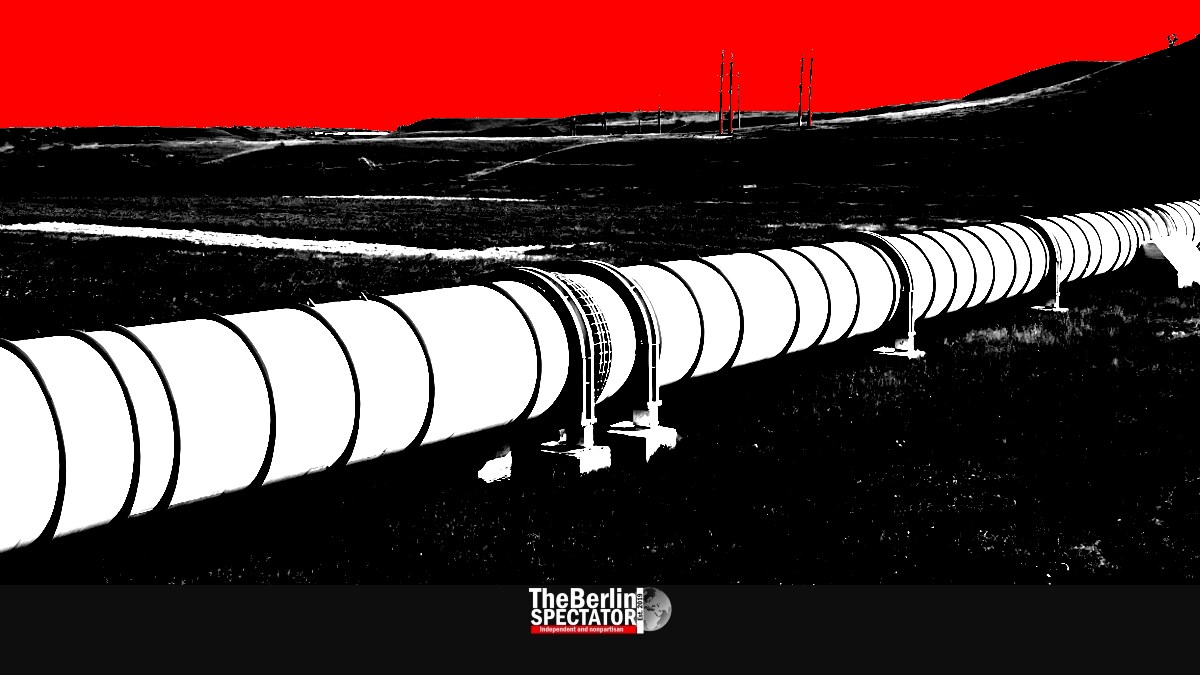 North Stream 2, a natural gas pipeline project between Russia and Germany, is about to be completed. But there is a problem: The United States want to stop the endeavor by all means.

In Berlin, hopes according to which the problems the government has with the United States regarding North Stream 2 would just disappear were not fulfilled. In fact, Washington is on this like a bulldog. And this is not one of President Trumps crazy performances. Neither the Democrats nor the Republicans like the project.

The Americans do not want Russia to control Europe’s energy supply. Even though only 100 kilometers (62 miles) out of a total of 1,200 kilometers (746 miles) of the pipeline still need to be installed, Washington intends to stop North Stream 2. This is part of the mission Secretary of State Mike Pompeo is on in Denmark right now.

North Stream 2 also runs through Danish waters. Copenhagen keeps on stressing how close its ties to Washington are, but their display of friendship will not help the Danes either. Pompeo’s talks with the government up there definitely include the subject Denmark most likely wants to avoid.

Since the Russians influenced the last general election in the U.S., and because of Crimea and the Russian military’s provocations in the skies over the border between its own airspace and NATO’s area, President Vladimir Putin is not supposed to be rewarded, no matter whether the U.S. are directly involved in a project or not. In the case of North Stream 2, they are not.

But there is a business aspect in this too. The United States are selling natural gas as well, at a higher price, and they want to sell more of it. They know Germany does need a lot of gas, and will want even more in the foreseeable future. That is because the Germans dumping two energy sources, namely nuclear power in 2022 and coal energy in 2038.

The U.S. are threatening to sanction any companies that are involved in North Stream 2, and Putin’s Gazprom is not the only partner in this. European companies are part of the project as well.

For a while, everything had run smoothly. Berlin even convinced Paris and other E.U. partners to support Germany’s aim to change the European Union’s guidelines for gas pipelines. North Stream 2 critics in Berlin kept quiet for a while. Now, the showdown in the Baltic Sea is coming closer.

Germany will not retract from this. Even today, two years before all remaining NPPs are supposed to be shut down, 13 percent of the country’s electricity is being generated using natural gas. In the heating sector, gas accounts for 50%.

Until now, Putin has sent 67 billion cubic meters of natural gas per year. That amount is supposed to double with North Stream 2. The old pipieline, North Stream 1, has been operational since 2011.

Gazprom employs one prominent German who has been working on this project for a long time. Former Chancellor Gerhard Schröder, a Social Democrat, is also a close friend of Vladimir Putin. Schröder has many critics in Berlin who believe his involvement in Gazprom is scandalous. But, whatever they think will not resolve the issue with the Americans.

The latest agreement between Democrats and Republicans “on the hill”, at the House of Representatives, extends the threat of sanctions against those who participate in the pipeline project. The Senate and President Trump still have to agree, but it looks like they will. It might happen quickly, before the last few miles of North Stream 2 are completed.

Just last week, Secretary Pompeo had threatened the companies involved again. He told them to end their involvement or suffer the consequences. America is obviously serious about this. The German government rejected those threats, saying “extraterritorial sanctions” were against international law.