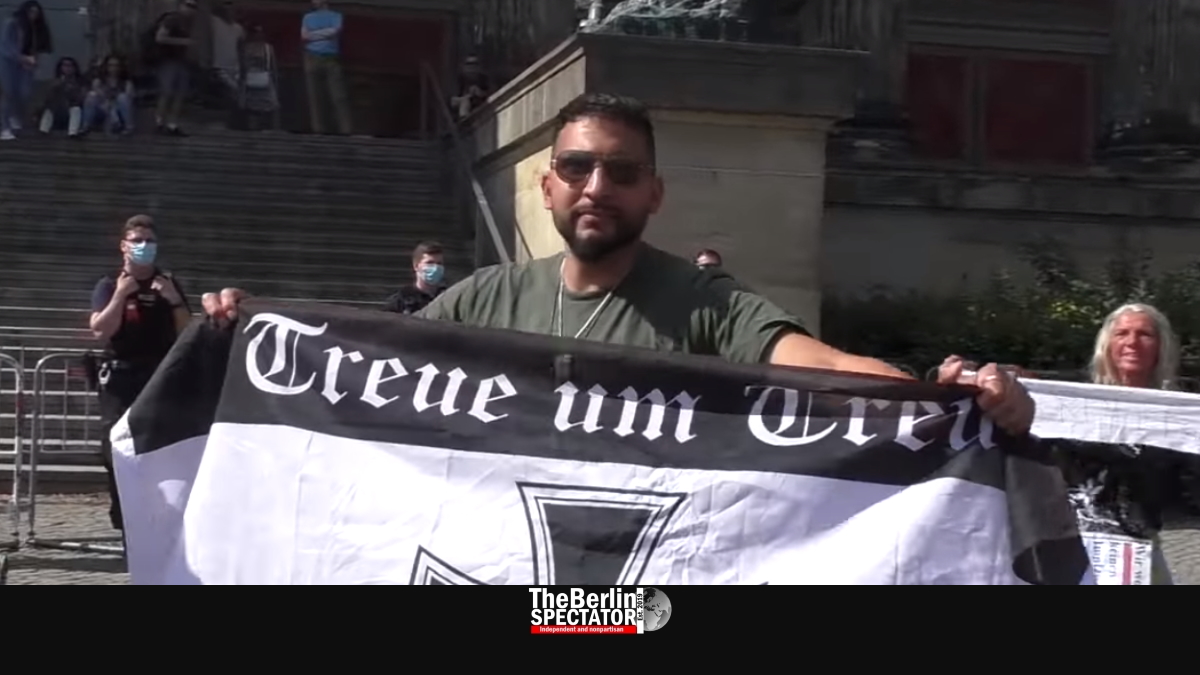 In Germany, a former Concentration camp guard got two years of parole for complicity in murder. And a trial against a neo-Nazi who murdered two people in Halle is under way, while another prominent neo-Nazi is now under investigation.

One of the last trials against Hitler’s henchmen ended in Hamburg on Thursday. Bruno Dey, who is 93 years old today, and who served as a guard at the Stutthof concentration camp, got two years of parole at Hamburg’s District Court for complicity in as many as 5,232 cases of murder. The prosecution had wanted three years of youth custody without probation.

The reason why Bruno Dey. was tried as a juvenile is the fact that he was 17 years old when he was part of Hitler’s SS (‘Schutzstaffel’) and became a guard at the camp in which thousands of people were gassed, shot and murdered in other ways. The defendant admitted he had gotten that job in 1944, but said it had not been voluntary.

During Bruno Dey’s time at Stutthof, inmates were shot with an automated gun. Others were gassed at the ‘Jews Camp’ and in a locked rail carriage. The Nazis used Zyklon B for many of the murders. Thousands of inmates died because of terrible conditions there.

For the World Jewish Congress, its President Ronald Lauder commented on the verdict. “After more than seven decades, a small slice of justice has been served to the victims of Stutthof and their descendants,” he said. “Over 60,000 Jews were slaughtered by the Nazis at Stutthof, the last of the concentration camps to be liberated by the Allies at the end of the war.”

“The murderers who so callously and mercilessly stole the lives of innocent Jewish men, women, and children were free to live their own lives after the war, without retribution or punishment for their crimes”, Lauder stated in New York. “Today, the Hamburg Juvenile Court has ruled that the heinous inhumanity shown by Bruno Dey as a Nazi guard so many decades ago will not be allowed to go unpunished. This is perhaps one of the last trials to be held of a former Nazi guard, and we are grateful that the court has reached a decision on this matter while the criminal is still alive to serve his time, albeit decades late.”

During the trial in Hamburg, former camp inmates testified. They talked about the abuse at the concentration camp, saying people had been beaten up and executed. There had been hunger and diseases. On the final day of the trial, Dey apologized to the survivors and the next of kin of the victims.

While this trial ended, another one commenced. In this case, the neo-Nazi Stephan Balliet is accused of murder in two cases and attempted murder in 68 cases. On October 9th, 2019, he tried to enter the Synagogue of Halle on Yum Kippur, a Jewish high holiday, with the intention to murder Jews.

The temple was not protected by police at the time. But Balliet did not manage to open the door. This aspect alone saved the lives of the people inside. Instead of them, Stephan Balliet shot and killed Jana L. right in front of the synagogue. Then he walked into a doner kebab place and murdered a man by the name of Kevin S.

Balliet filmed and streamed his rampage. The recording was played back at the trial. Family members of the victims did not want to watch it again. The suspect reportedly smiled when the video was played. Several times during the first two trial days, he tried to spread his message of antisemitic hate.

Stephan Bailliet is not the only neo-Nazi who hit the headlines again. In Berlin, the Senate Administration of the Interior forbade a protest registered by Attila Hildmann (photo at top of page), a conspiracy theorist. Due to his recent statements at a rally he organized last week in Berlin, an investigation against Hildmann was initiated by the prosecution in Cottbus, where the suspect has a registered address.

The authorities are looking into several accusations. For instance, he threatened the Green politician Volker Beck. Hildmann said if he was to become “Chancellor of the Reich”, he would “reinstate the death penalty for Beck”. The neo-Nazi, who is the author of a vegan recipe book, is also being investigated for incitement of the masses with antisemitic propaganda.

Berlin’s Interior Senator Andreas Geisel said, freedom of speech was an important aspect in democracy. But the “nation of law” would confront anyone who made indictable statements or targeted the dignity of other people.

In the past weeks, Hildmann had made scandalous statements about Jews, Bill Gates and the Corona pandemic. Even though the propaganda he spreads is dumb, it is considered dangerous. Hildmann has quite a following by now.