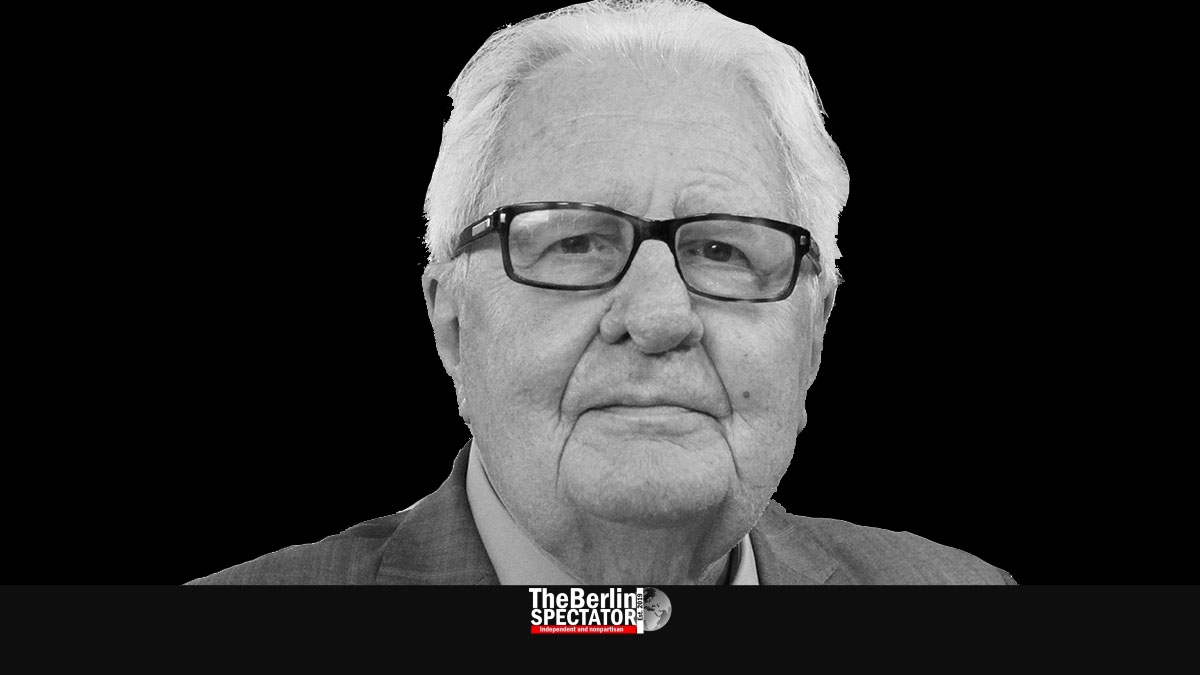 In Germany’s Social Democratic Party (SPD), Hans-Jochen Vogel was one of the most important personalities for decades. The former First Mayor of Munich and Governing Mayor of West Berlin passed away on Sunday.

It was in 1982, when the Liberal Party FDP in West Germany changed horses. Chancellor Helmut Schmidt’s junior partner suddenly teamed up with Helmut Kohl’s Christian-Democratic Union (CDU). The “social-liberal coalition” was over. Kohl was elected Chancellor by the Bonn Bundestag.

For the general elections in March of 1983, someone in the SPD needed to face Kohl. Because Schmidt was not willing to do it anymore, it was up to Hans-Jochen Vogel. He lost, two years after his first failure. In 1981, he left the government in Bonn in order to become Governing Mayor of Berlin, but lost his first elections to the CDU’s Richard von Weizsäcker.

But Hans-Jochen Vogel always delivered. He was the conscience of the party, and its workhorse. He joined the SPD in 1950. By 1958, he was part of the City Council of Munich. Two years later, he became the youngest First Mayor ever, at age 34, a position he held until 1972. He changed Munich and got the Olympic Games to be held there. Unfortunately, the Munich Massacre overshadowed them.

In spite of arguments with the SPD’s left wing in Munich, Vogel was elected his party’s chairman in Bavaria and became a member of the SPD’s board in Bonn. In winter of 1972, Chancellor Willy Brandt made him Construction Minister. Under Helmut Schmidt, he became West Germany’s Minister of Justice.

During Vogel’s time, the abortion law was discussed and changed. Even more difficult was dealing with the Red Army Faction (RAF), an extremist left-wing terror group. Hans-Jochen Vogel was among those who rejected any negotiations with the terrorists.

Once Chancellor Schmidt was toppled, the Vogel’s episode as candidate for Chancellor followed, and his time in Berlin. Until 1983, he was floor leader of the SPD at West Berlin’s House of Representatives.

Then duty called in Bonn. It was still 1983, the Cold War was still on, the German reunification was six years away, but hardly anyone saw it coming, when Hans-Jochen Vogel became floor leader for his party at the Bonn Bundestag, a position he kept until 1992. From 1987 to 1991, he also headed the SPD. Since, his advice was sought by all party leaders, both the successful and unsuccessful ones, the SPD had until shortly before his death.

Hans-Jochen Vogel’s younger brother Bernhard is a CDU member. He was First Minister in two federal states. The late Hans-Jochen Vogel, on the other hand, was the only politician in Germany who was First Mayor in two cities, namely in Munich and Berlin.

Since 2006, he and his wife Liselotte lived in a Munich retirement home. In 2014, Hans-Jochen Vogel publicly announced he was suffering from Parkinson. He had three children with his first wife.

Lars Klingbeil, the SPD’s First Secretary, said he was very sad about the death of “a wonderful person” whose weekly letters had always been a highlight. Manuela Schwesig, the First Minister of Mecklenburg-Hither Pomerania, said Vogel had been “a great Social Democrat” who had “always encouraged us to stand up for freedom, solidarity and justice.”

Today’s Governing Mayor of Berlin, Michael Müller, said with Hans-Jochen Vogel he had lost a friend and advisor. Vogel had always had a clear view on the challenges the capital was facing.

Photo at top of page by Henning Schlottmann. (cropped, converted to black and white, License)