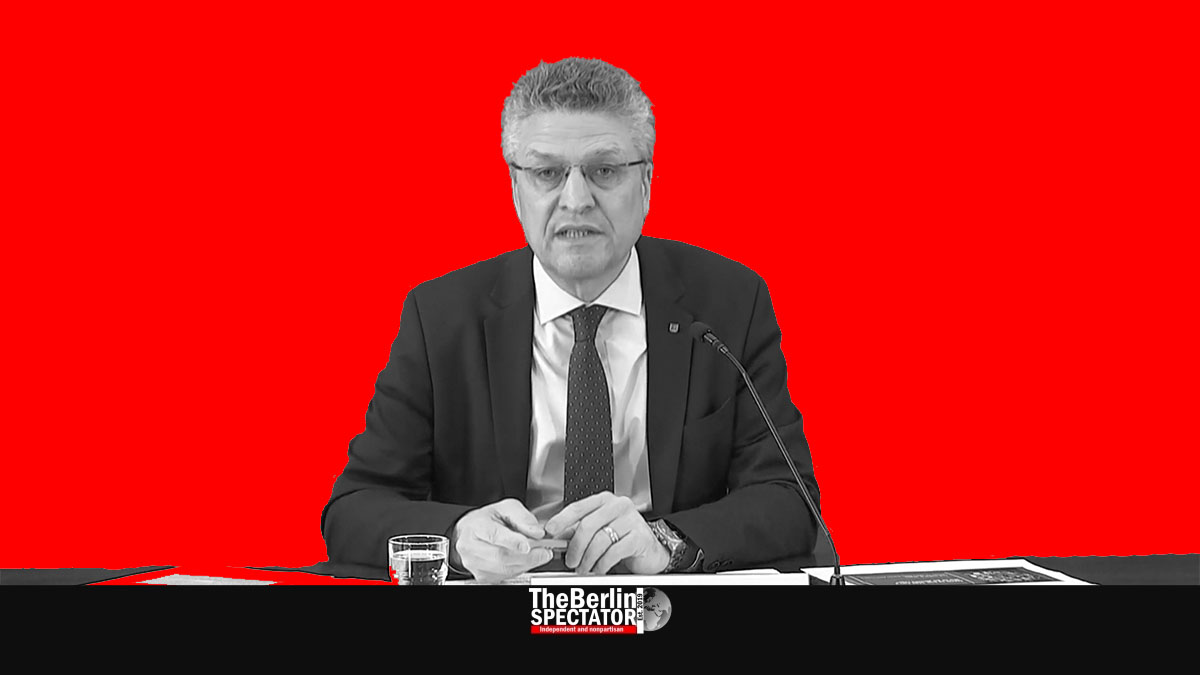 In Germany, the Coronavirus had just started to disappear from peoples’ minds during the summer holidays, when the situation suddenly worsened. Now there are “big worries”, just like in early February.

Professor Lothar Wieler (on photo above) of the Robert Koch Institute (RKI) in Berlin, which is Germany’s equivalent of the CDC in the United States of America, is a calm man. It is hard to make him nervous and he is known for taking the no-nonsense approach. As a scientist, he just looks at the data at hand and interprets them.

When someone like Professor Wieler says the latest developments worried him a lot, and everyone else at the RKI, it is time for Valium, time to run, or time to move to another planet, meaning when even he worries, the alarm bells should ring. And they do. In Germany, the nervousness the country was used to early on in the ongoing pandemic is back.

For a while, Germany thought it had control over the virus, at least to a certain extent. It does not. And things change all the time. For instance, the list of countries the Foreign Ministry in Berlin considered safer than most states in the world is not a reliable guide anymore. All of a sudden, Berlin advises against trips to Barcelona or the Costa Brava, even though Spain was supposed to be one of those tourist destinations Germans can travel to without worrying too much.

Within Germany, some local authorities are panicking as well, and they have every reason to do so. Germany’s smallest federal state, the Saarland, located in the very west, just banned residents from Dingolfing-Landau county in Bavaria from entering, unless they present a fresh — and negative — Corona test. The county is now known for a local Corona outbreak at a farm. Other federal states, namely Mecklenburg-Hither Pomerania, Rhineland-Palatinate and Schleswig-Holstein, quickly followed suit.

At the same time, the Bavarian Administrative Court just threw similar measures overboard. A hotel owner had claimed he could not verify every guest’s origin. The court agreed with him, saying banning residents from certain federal states or counties from entering was “not proportionate”. In Bavaria, the general Corona rules had included an entry ban for persons from counties with more than 50 new Coronavirus cases per 100,000 inhabitants. Not anymore, according to this latest ruling.

In Berlin, where thousands keep on partying at parks on weekend nights without adhering to any Corona rules, things are not looking too well either. The reproduction number just hit a critical value again, by exceeding 1. It shows how many persons each infected individual passes the Coronavirus on to, statistically. When the reproduction number is below 1, virologists sleep at night. When it stands at 1.4, as it does now, they have headaches.

In the meantime, Berlin seems to be rather fast in some ways. The operator of the two operational airports in the Berlin Brandenburg region, which will soon be replaced by a new one, says Corona tests for travelers who were returning from high risk countries would be available later this week. The Health Ministry had been aiming for next week.

Whoever enters Germany from high risk countries, those with high numbers of new Coronavirus cases or unclear Corona situations, will have to get tested and present a negative result, or go into quarantine for two weeks. Earlier this week, Germany’s Health Minister Jens Spahn had announced those free tests would be available at all major airports. The same reportedly applies to train stations with international connections and border crossings. Some federal states are disputing the tests will be free of charge, but, according to the official statements available, they are.