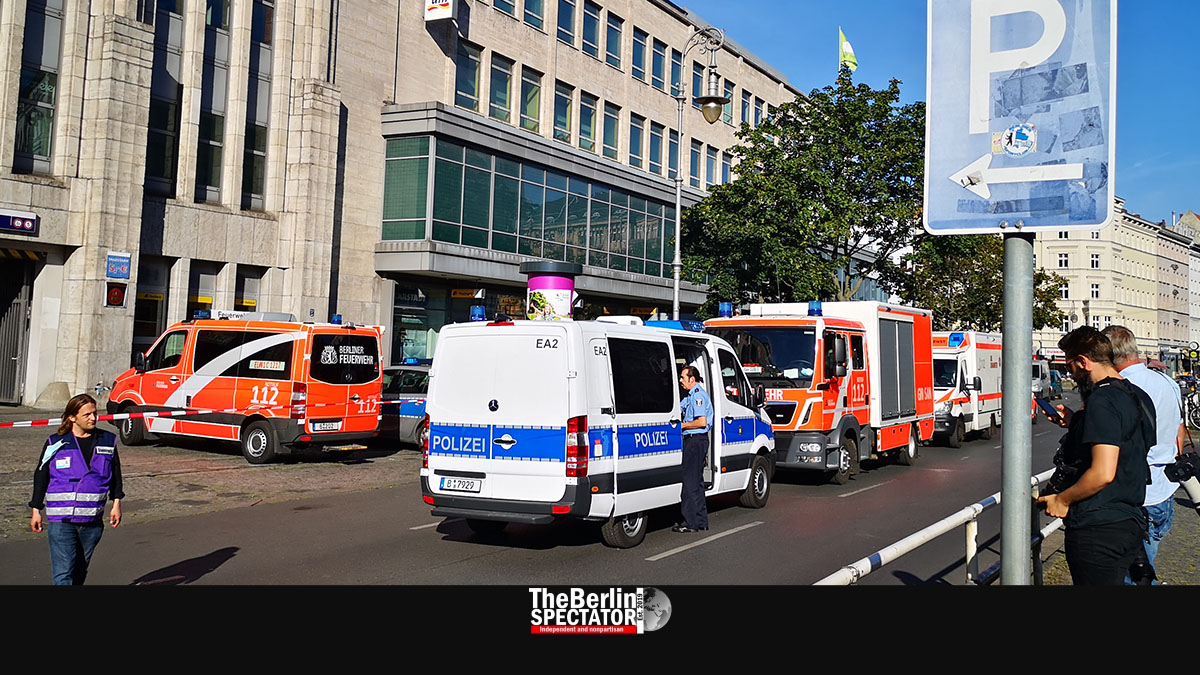 After a bank robbery at ‘Hermannplatz’ square in Berlin on Friday, dozens of police officers rushed to the crime scene. The culprits sprayed gas into the bank. They did not manage to steal any money.

In the early afternoon, police were called to the ‘Karstadt’ department store at ‘Hermannplatz’ in Berlin’s Kreuzberg district. The officers were told about four men who had entered a bank branch inside the building with the intention to rob a cash transport officer.

According to the Police Department, the criminals sprayed irritant gas into the bank, a Postbank branch on the ground floor, probably in order to confuse the employees. Eleven customers inhaled it. Five of them needed to be taken to hospitals.

After the robbery, the culprits managed to flee. Some witnesses said they had left the scene by car, others believed they were still in the building. Police are now on a manhunt. The investigation was moving in all directions, a spokesman said.

The area around the department store was cordoned off. An elite police unit, consisting of men in bullet-proof vests holding machine guns, and dozens of conventional officers were on site. Firefighters arrived in many trucks. Their task was to get rid of the irritant gas and make sure the building would be safe to enter again.

Ambulances were there as well. Medics treated people on the sidewalk. Many employees for ‘Karstadt’ and other businesses in the building had to wait outside, while police were searching the premises, and during the time the firefighters were busy with their tasks.

According to the Berlin police, there are descriptions of the culprits. The investigators already know the vehicle they were using had number plates that belonged to a different car. It is unclear whether there are any promising leads or what investigators saw on the video footage filmed by security cameras.

Countless spectators outside the cordon watched the officers do their job. The ‘U-Bahn’ underground trains on the lines ‘U7’ and ‘U8’ that usually stop at ‘Hermannplatz’ station bypassed it in the afternoon. The station is connected to the basement of the department store. It was closed for several hours.