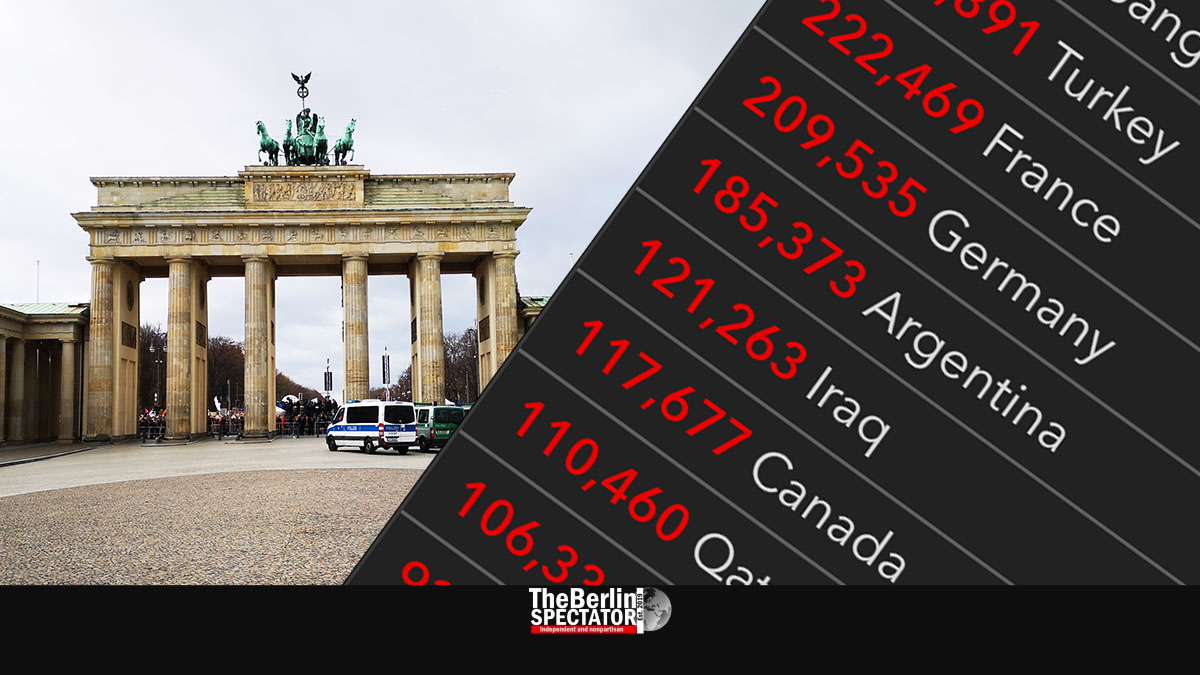 Germany registers local Coronavirus outbreaks almost every day. The latest ones were reported from Clausthal-Zellerfeld, Hagenow and Sinsheim-Steinsfurt, while the daily number of new infections is increasing rapidly.

Clausthal-Zellerfeld is a town in the picturesque Harz mountains. This is where five inhabitants of a student dorm tested positive for the Coronavirus on Thursday, according to the local health authorities. The source of this infection chain has not been established.

The entire building with 55 student apartments is now in quarantine. Some residents and contact persons were already tested, others were supposed to be checked for Corona on Friday. It is unclear whether this local outbreak was caused by an international trip someone took, or what this infection chain traces back to.

Authorities in the small town of Hagenow in Mecklenburg-Hither Pomerania are fighting another outbreak. In this case, 13 participants of a family celebration tested positive. More test results were expected to come in on Friday. Thirty-five people were reportedly part of the party which mainly took place outdoors.

The next local outbreak was detected in the southern German town of Sinsheim-Steinsfurt. After one member of a mainly Romanian Christian congregation tested positive, more tests were performed. By now, there are at least 40 infected persons, according to German-language media reports. More congregation members are supposed to be tested.

It is not the first Corona outbreak in a congregation belonging to the Union of Evangelical Free Churches. There have been similar ones in Bremerhaven, Frankfurt am Main and Euskirchen. In June, local health authorities in Berlin suspected a connection between a Corona outbreak in several apartment blocks, with residents who belong to a similar congregation and took part one specific prayer service.

With the increasing number of new Corona infections in Germany, violations of Corona rules make people nervous, since they have the potential to cause more outbreaks. For that reason, Deutsche Bahn now refuses to transport passengers who ignore the mask rule on its trains.

Deutsche Bahn’s CEO Richard Lutz told the German TV channels ntv and RTL there were clear instructions to the company’s staff to remove such people from trains, if they cannot be convinced to put on their masks. Lutz also said that, in most cases, talking to those passengers did help.

The overall number of Corona infections in Germany, since the pandemic hit in January, stood at 209,535 this morning, according to Johns Hopkins University. What this means is that almost a thousand new cases were added within 24 hours. This is the largest daily increase in several weeks. The number of Corona-related deaths in Germany has not increased since yesterday. It is 9,135.