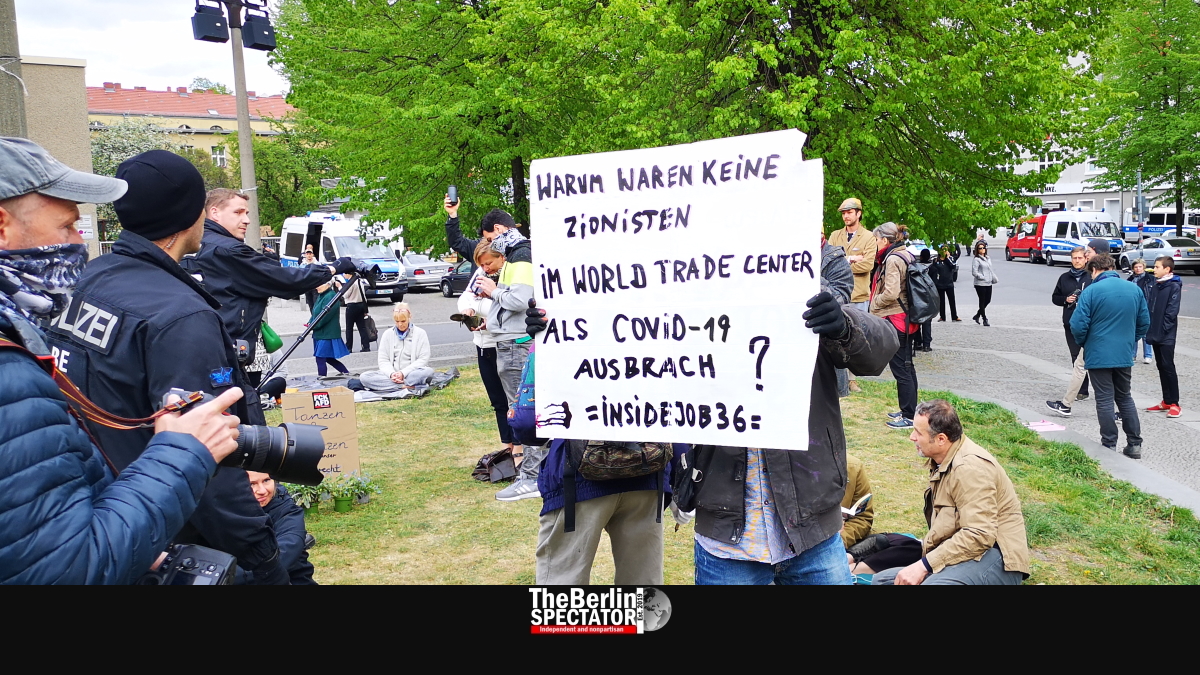 As many as eighty protests will take place in Berlin on Saturday. They include one event organized by conspiracy theorists who say Corona was “fake”. The police intend to enforce the Corona rules at all of today’s rallies.

In Berlin, Corona deniers are about to stage yet another protest today. The ‘Querdenken 711’ group (direct translation: ‘Creative Thinking 711’, the number is part of the area code for Stuttgart, where the group originates from) actually intends to celebrate “the end of the pandemic”, and a “day of freedom”.

The German capital usually registers 4,500 to 5,000 protests per year. Some of them, like this one, are obviously crazy. The spokesman for the organizers of this protest, Stephan Bergmann, says “fake scientists” had invented the “fake virus” Corona. The government did not really want to save lives, but introduce communism.

As the list of speakers for this rally shows, right-wing extremists will join it, people known for antisemitic propaganda and crazy claims, according to which “chemtrails” that come out of aircraft engines were created to “decimate humanity”. Several Nazi groups have asked their members to take part in the event.

Back home in Stuttgart, the ‘Querdenken 711’ group manages to pull up to 5,000 people for its protests. For today’s rally in Berlin, it had registered half a million participants at first, but then decided to settle for 10,000. Many southern German protesters were supposed to come to Berlin in buses.

Spokesman Bergmann has repeatedly warned people of an “intermingling of races”, which is racist propaganda borrowed from the original Nazis who ruled Germany until 1945. Here, Bergmann is in line with one of the ‘AfD’ party’s superstars, Björn Höcke, as well.

It is not the first time Corona deniers and Nazis are coming together for protests in Berlin. During the first part of the Corona crisis, they used to stage their rallies at Rosa Luxemburg Square. But there have always been counter protests too. Today is no exception.

The groups ‘Omas Gegen Rechts’ (‘Grannies Against Right-Wingers’) and ‘Aufstehen gegen Rassismus’ (‘Stand Up to Racism’) have announced protests. According to the police, a total of 80 rallies were registered for today. They include very small ones, with one to ten participants, and larger ones, such as the gathering of conspiracy theorists and right-wing extremists.

According to Berlin’s Senator of the Interior, Andreas Geisel, police will enforce an adherence to the Corona rules. This concerns the distance people have to keep to each other and the wearing of masks whenever that distance cannot be guaranteed. According to Geisel, those who do not follow the rules have to expect consequences, including fines. As many as 1,500 police officers will be dealing with protests today.