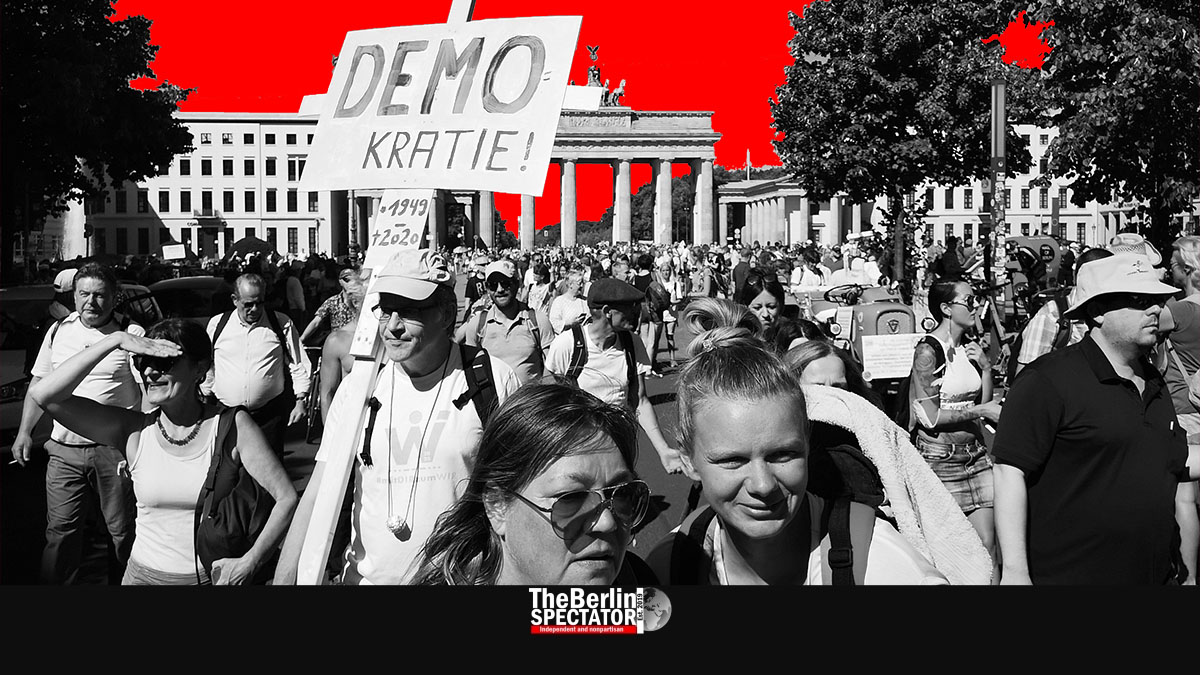 Both the Coronavirus and blind hatred endanger people, and both can kill. In Berlin, another dangerous factor popped up on Saturday: Idiocy.

When 20,000 people say Corona was “fake”, while the entire world is desperately fighting it, and in spite of the fact that the infection numbers in Germany and other countries are rising, something is very wrong. When these people invaded the streets of Berlin yesterday, the scope of the problem became evident.

Many of the grown men and women who protested against the Anti-Corona measures that were put in place to protect them are actually convinced Bill Gates, a philanthropist who is doing a lot of good with his knowledge and wealth, wants to vaccinate every human en Earth, and secretly plant tiny microchips in our bloodstreams.

Allegations of this kind might be plain stupid, but they are dangerous too, especially when minorities are being accused of “Zionist-Jewish world conspiracies” by those who claim they are protesting against Corona rules only.

The people who took to the streets in Berlin on Saturday “know” there will be “forced vaccinations”, even though the government says there won’t be, if the world ever develops a Corona vaccine. They “know” there is no virus. So, they verbally attack reporters and others who wear masks “for no reason”.

All of that “wisdom” is being spread via Telegram, Facebook, Twitter and all channels available. And people actually believe it. This is like an avalanche of idiocy and ignorance, one that does not fall apart in the valley, but keeps on moving.

There are people who are making sure the avalanche does not fall apart, including Stephan Bergmann, the spokesman for the ‘Querdenken 711’ movement. But, to people like him, denying Corona is only part of a strategy. What he really wants to get out is his racist message against an “intermingling of races” and other Nazi propaganda from eighty years ago.

Jeopardizing people’s health by spreading conspiracy theories on Corona or by ignoring the Corona rules during a big protest against the same is inexcusable. But teaming up with Nazis by letting them use the movement to spread their sick ideology might be even worse.

At Saturday’s protest, I ran into two of the worst haters in the country, and a lot of their followers. The protesting crowds of conspiracy theorists did not seem to mind to team up with Nazis at all. Is this really about Corona? Or is it about spreading hatred?

Either way, danger is looming. Fighting this movement of idiocy and hatred even more, for instance by providing the right information on the right channels, and by proceeding against ignorant protesters persistently, is important. There are two viruses: Corona causes a dangerous disease and kills people. So does hatred. Both of them need to be curbed if they cannot be stopped.