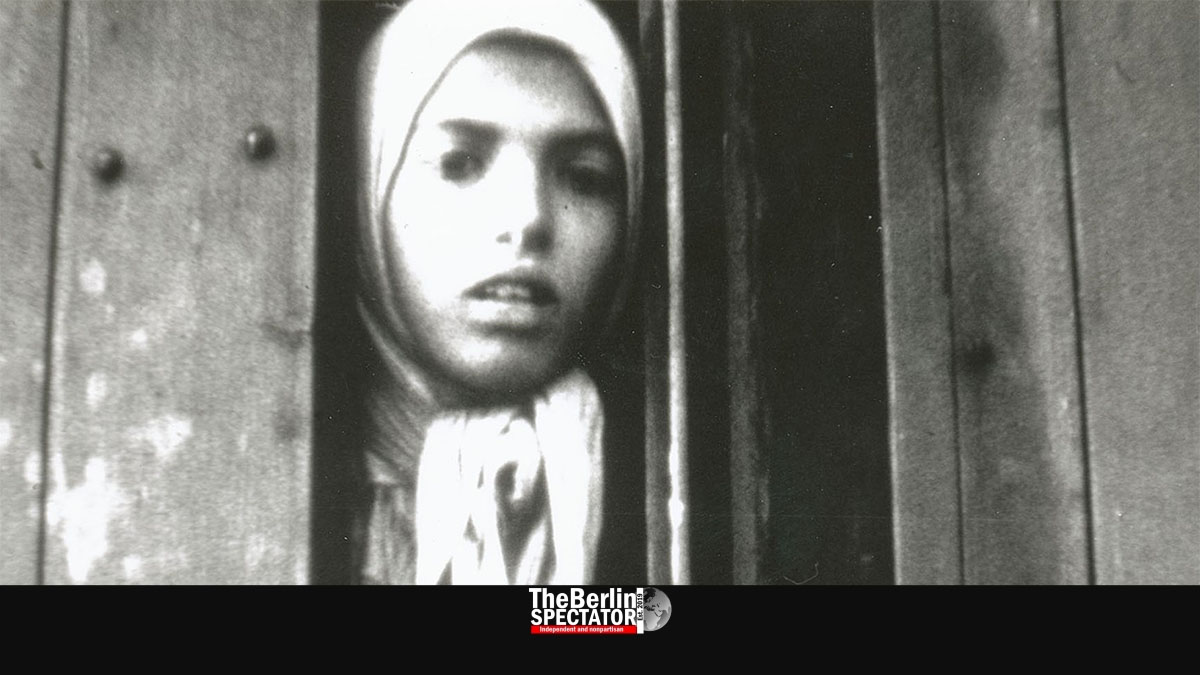 The hundreds of thousands of Holocaust victims of Romani origin are not being commemorated much. Neither is their sad history part of school curricula. The Council of Europe wants this to change, 76 years after the Nazis “cleared” the ‘Gypsy Family Camp’.

A photo of a 9-year-old girl is supposed to look different. She is supposed to play, sing, learn, smile, giggle, enjoy life and have a perspective. On this screenshot taken from a silent film made in May of 1944, Anna Maria Steinbach, also known as ‘Settela’ (see photo above), did not.

On this photo, Anna Maria has fear in her eyes and she looks undernourished. In the following two months, her situation would not improve, but get a lot worse. On July 31st, 1944, the Nazis murdered her, along with her siblings, her mother and thousands of other Roma. They were gassed.

Who would systematically murder children? Who would murder millions of members of minorities, including half a million people of Romani origin? Nazi Germany did. Seventy-six years ago, the “clearing” of what they called the ‘Gypsy Family Camp’ in Auschwitz was part of a genocide campaign unparalleled in human history.

While the six million Jews murdered by the Nazis are being commemorated on a regular basis, in Israel, in the United States of America, in Nazi Germany’s successor state, namely the Federal Republic of Germany, and around the world, this can not be said about the Roma who died in the same gas chambers.

Himmler and other Nazi henchmen wanted to “resolve the Gypsy question”. In February of 1943, they started deporting mainly German and Austrian Roma to Auschwitz. Upon arrival, they were shaven, their numbers were tattooed onto their arms, and the last personal things they still had were taken from them.

As opposed to the Jews in the other barracks, the Gypsies, women, men and children, were allowed to stay together. Other than that, their situation in Auschwitz was horrific. Many of the Roma were forced to work, women were raped, and Dr. Mengele performed his disgusting “experiments” on them as well. The hygienic conditions were terrible and they were literally starving with the tiny rations of food and water they got.

In 1944, hundreds of Roma were taken to other parts of the Auschwitz death camp, as well as to other concentration camps. Then the ‘Gypsy Family Camp’ was “cleared”. This meant that at least 2,897 people of Romani origin were murdered, seventy-six years ago today. The few who had managed to hide were beaten to death or shot on August 3rd.

The events in Auschwitz on August 2nd, 1944, and the murder of Gypsies throughout those terrible times, need to be taught at schools more. This is what Romani organizations believe, but also the Council of Europe and the World Jewish Congress (WJC).

For the WJC, its President Ronald Lauder said the enduring absence of widespread remembrance of these crimes revealed the continued discrimination against Roma and Sinti in Europe. “This terrible history is frequently overlooked, and Europe’s Roma continue to suffer extensive discrimination and violence across the continent”, Lauder stated.

“We must raise our voices against racism, antisemitism, and intolerance of any kind, again and again, whenever and wherever such hatred rears its ugly head”, Lauder said in New York.

According to witnesses who were in Auschwitz 76 years ago, some Roma tried to defend themselves when the Nazis got ready to murder them. For instance, they had made knives of scrap metal parts since they knew what was coming. The Nazi guards’ answer was machine gun fire.

Ahead of European Roma Holocaust Memorial Day, which is being observed today, Ursula von der Leyen, the President of the European Commission, said it was a moral duty “to acknowledge and remember all those who suffered under the Nazi regime. Among those people were the Roma.”

“Remembering their persecution reminds us of the need to tackle the challenges they still face today and which are too often overlooked”, von der Leyen said. “As the number of survivors and witnesses of these atrocities is dwindling, it is our duty, now more than ever, to continue their work of memory and to pass on their testimonies.”

The Holocaust on the Sinti and Roma and the Jews, the Nazis’ mass murders in Europe, had been a “breach of civilization that obliges us to raise our voice against any form of racism or nationalism”, Romani Rose said. at the event.