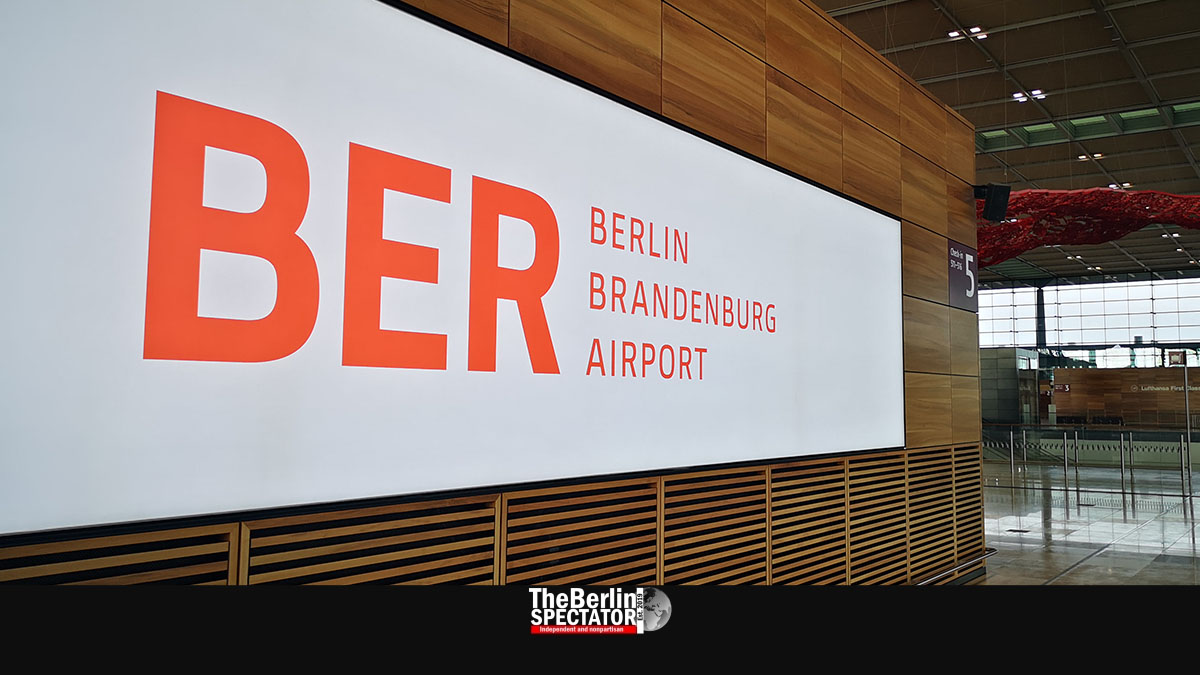 In Brandenburg’s municipality of Schönefeld, a complex and costly security search will be performed at BER Airport. The procedure is necessary whenever a new airport opens.

In aviation circles, it is known as ‘Cleaning’. The procedure, a thorough security check that will take at least ten days, is required by law. It will turn the biggest construction site in Schönefeld into a fully blown airport. That is because afterwards, it will have a security area only the Federal Police, airport and airline employees may enter.

This evening, BER Airport’s security border was going to be activated. According to section 8 of the German aviation safety law, this step triggers the security search. The Federal Police, which just received its new building across the street from BER’s Terminal 1, is involved. So are the Aviation Board for Berlin and Brandenburg and the airport’s security officers.

Making sure no forbidden or dangerous items are left in the security area is the purpose of the big search. It includes all rooms that are part of the security areas, all vehicles and surfaces. Outdoors, 970 hectare (almost 4 square miles) need to be searched. The new Runway South is among those areas. So is the new part of the tarmac. (The old part will be inherited from Schönefeld Airport.)

The Only Major Airport

Within BER’s Terminal 1, an area of 28,000 square meters (300,000 square feet) will be searched, less than three months before it is scheduled to be opened. The inauguration date is October 31st, 2020. BER Airport will replace both Tegel and Schönefeld and therefore become the only major airport in the Berlin Brandenburg region.

The search will include visual checks. In addition, explosive detection dogs will be taken to all spots and corners. Experts with devices that detect traces of explosives are taking part as well. Once it is all done, the Aviation Board is supposed to clear BER Airport. Access to the safety areas will only be possible with airport I.D. cards or through the security checks for passengers and flight crews.

Engelbert Lütke Daldrup, the CEO of FBB, the airport’s operator, said it was an advantage to take this step well before the inauguration. That way, all processes could be rehearsed under realistic conditions. Hundreds of volunteers are part of those rehearsals.

There used to be three major airports in the Berlin Brandenburg area. Schönefeld will become Terminal 5 of BER Airport on October 31st. Tegel (see article November 8th, 2020: The End of Berlin’s Last Airport) is supposed to be closed for good on November 8th, 2020, and Tempelhof (see article Berlin’s Tempelhof Airport: Skaters and Cyclists on the Runway) was shut down twelve years ago.