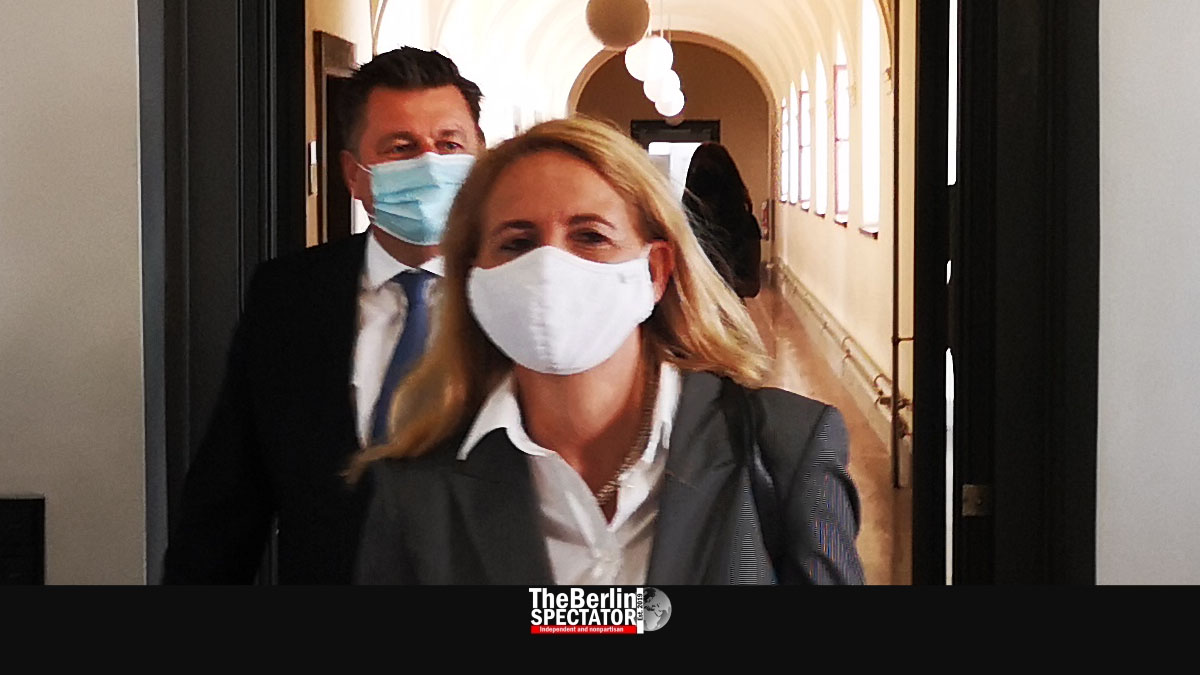 In Berlin, Interior Senator Andreas Geisel and Police Chief Barbara Slowik introduced a plan designed to combat extremist tendencies internally. This is more about prevention than about alarm bells.

With some 25,000 officers and other employees, the Berlin Police Department is large, just like the German capital itself. In an organization of this kind, extremism will appear once in a while. Now, the Berlin Senate Administration of the Interior and the Police Department itself developed a concept plan the purpose of which is “preventing and combating any extremist tendencies.”

According to the Senate Administration, the Berlin Police are being held in high esteem. People trust this authority, it represents the nation of law and therefore has a lot of responsibility. Senator Andreas Geisel said the police had the duty to confront possible extremist tendencies and to prevent their emergence. “We have move against every single case”, Geisel said at a press conference today.

Police Chief Barbara Slowik said her colleagues at the Berlin Police were loyal to the constitution and democracy. It was her duty to make sure things stayed this way, Mrs. Slowik told the press. The plan had been developed to immunize colleagues against extremism of any kind.

The concept plan Slowik and Geisel introduced includes a long list of measures. An extension of the existing reliability checks of police officers is part of it. Applicants will be checked more thoroughly than before. So will experienced officers, on a regular basis.

In regard to the officers’ loyalty to the constitution, an evaluation system featuring five colors will be implemented. Whenever there is an incident that raises related questions the Police Department needs to look into, a color will be applied.

Senator Andreas Geisel’s concept plan also involves the Berlin Office for the Protection of the Constitution. This authority is supposed to advise the Police Department and share information on the case, if available. An anonymous reporting system colleagues can use is supposed to be implemented as well.

A Coordinator Against Extremism will be chosen and employed as well. At this stage, there is no decision on any candidate. So far, Barbara Slowik and Andreas Geisel have not decided what department the Coordinator will be part of.

On top of it all, a monitoring mechanism for officers or entire departments is part of the measures, should it become necessary. So is a supervision for leaders in precincts which are more burdened than others. Officers who are being influenced in a negative way by the surroundings they work in are supposed to have the opportunity to transfer elsewhere.

There is more: The training police applicants are getting, and further education classes, will focus on fundamental values even more, including Germany’s ‘Liberal Democratic Order’. The latter is part of the country’s constitution. Also, the Senate Administration of the Interior says it will commission an in-depth study on moral values among police officers.

While police brutality and racism have been big subjects since George Floyd was murdered by a white cop in Minneapolis, the basis for the concept introduced in Berlin today was a decision taken by the Conference of Interior Ministers in December of last year, long before the killing in the U.S.. According to that decision, Germany’s federal states may go ahead and combat extremism in their Police Departments on their own. The Federal Police and police departments in several German provinces are taking similar steps.

Coin Has Flip Side

In Berlin, the extremism coin has a flip side. While the Senate Administration and the Police Department are implementing their prevention plan, police officers on the streets of Berlin are being confronted with extremists more and more. They are being insulted and attacked on a regular basis. This kind of situation is not easy and can affect officers in negative ways. The new, internal extremism prevention plan introduced today might help in cases of this kind as well.