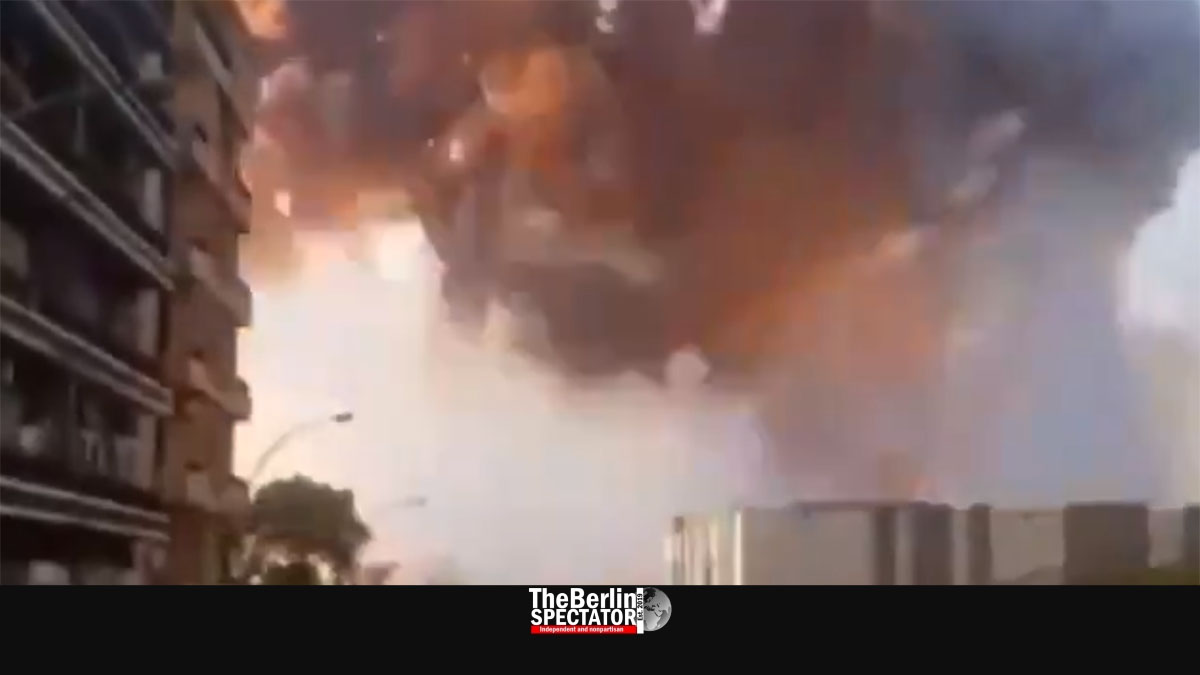 Angela Merkel said Germany would help Lebanon after the blast. The Foreign Ministry in Berlin is preparing the effort.

Germany’s Chancellor Angela Merkel reacted to the blast in Beirut, by saying the federal government was shattered by the reports and photos coming out of Beirut. “Our thoughts are with those who have lost loved ones”, she stated. “We wish the injured a speedy recovery.” Mrs. Merkel announced Germany would offer Lebanon help.

In Berlin, the Foreign Ministry reacted to the giant explosion in Beirut in which at least 78 people died and thousands were injured. “We are shocked by the photos from Beirut”, a statement read. “Out thoughts are with the relatives of the victims”, the statement continued. “In this difficult time, Germany stands by Lebanon’s side.”

Foreign Minister Heiko Maas told the ‘Bild’ publication, four persons who were employed by the German Embassy had been injured. One of them is being treated at a hospital.

Germany’s Federal Agency for Technical Relief might send an emergency team to Beirut as soon as tonight. Maas told ‘Bild’ he was in touch with his Lebanese colleague about any kind of help Germany could provide. In Beirut, Foreign Minister Charbel Wehbe was appointed for the post just one day before the blast, after his predecessor Nasif Hitti stepped down.

Reactions also came from Brussels. Charles Michel, the President of the European Council, said the E.U. was ready to provide “help and support”. Josep Borrell Fontelles, the High Representative of the European Union, said the E.U. offered its “unrestricted solidarity for the families of the victims, the Lebanese people and the Lebanese authorities.”

In Paris, the Élysée Palace stated French President Emmanuel Macron had talked to his Lebanese colleague Michael Aoun on the phone. During the conversation, Macron offered France’s support.

Austria’s Foreign Minister Alexander Schallenberg reacted on Wednesday morning. „We are shocked and deeply saddened by the reports about the many dead and injured by the massive explosion in #Beirut”, he stated. “Our thoughts are with the victims and their loved ones.”

Janez Lenarčič, the European Commissioner for Crisis Management, sent his condolences as well. “The E.U. stands by the people of Beirut in these difficult moments”, he said. “Our E.U. Emergency Response Coordination Center is in contact with the civil protection authorities of Lebanon.”