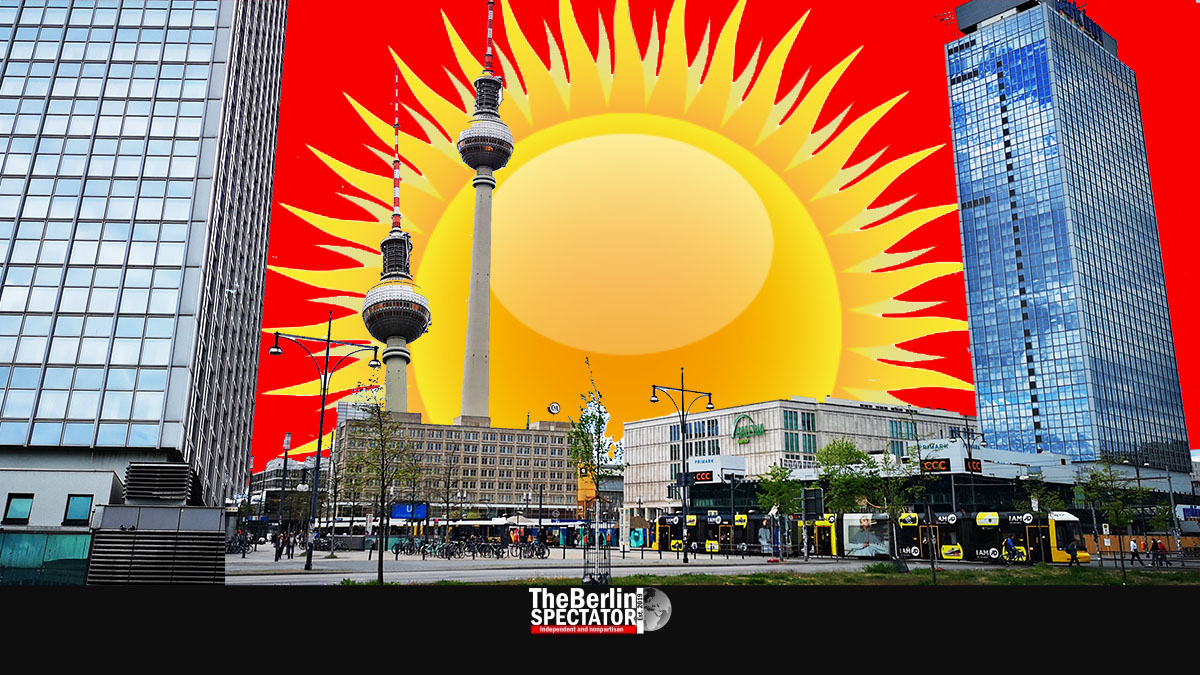 Hot air from Africa is coming to Germany. Forecasters say it will cause a heatwave starting as early as today. Temperatures of up to 98 degrees Fahrenheit are expected this coming weekend.

Spreading grated cheese and onions on one’s head might be the right thing to do, because we will all feel like Pizza Quattro Formaggi in the oven this week. The heat from Africa is already frying south-eastern Europe like an omelette. Now it is about to do the same to Germany.

Until yesterday, parts of Bavaria were dealing with excessive rain and snowfall above 2,000 meters (6,562 feet). Now it looks like the Bavarians will trade that problem with the next one. Until yesterday, rivers were overflowing in some areas. Today, residents will be able to fry their eggs on their balcony tables.

The star in the center of our solar system will be exaggerating a bit, and it will be felt beyond Bavaria. It is only August 5th, but meteorologists already say they believe this will be the hottest month in 2020. Well, who asked them? Besides, you do not have to be a rocket scientist to figure that one out. When else would it be hot? In January?

On Wednesday, the regions west of the Rhine river are supposed to experience up to 31 degrees centigrade (88 degrees Fahrenheit). For north-eastern Germany, including Berlin, 27 degrees C (81 degrees F) were forecast. Tomorrow, the 3.7 million residents in the German capital will feel the heat. That is when the maximum daytime temperatures will supposedly reach 31 degrees C (88 degrees F) up here as well.

Hamburg may not be the hottest or driest city on Earth, but even there temperatures will be exceeding 30 degrees C (86 degrees F) these days. The heat will not reach the port city quite as quickly though.

The definition of a heatwave is having temperatures of 86 degrees F or higher for at least three days in row. Forecasters say the next seven days will definitely qualify, and that it might last even longer. They expect that the next days will be the hottest of the year. Well, what else could they be? The hottest days of last year?

This coming weekend will definitely be extremely hot. For many parts of Germany, especially in the west, 37 degrees C (98 degrees F) were forecast. Everyone will be sweating like horses unless they do it the American way, which means cooling everything down to 18 degrees C (65 degrees F).

Did we mention it will be hot?