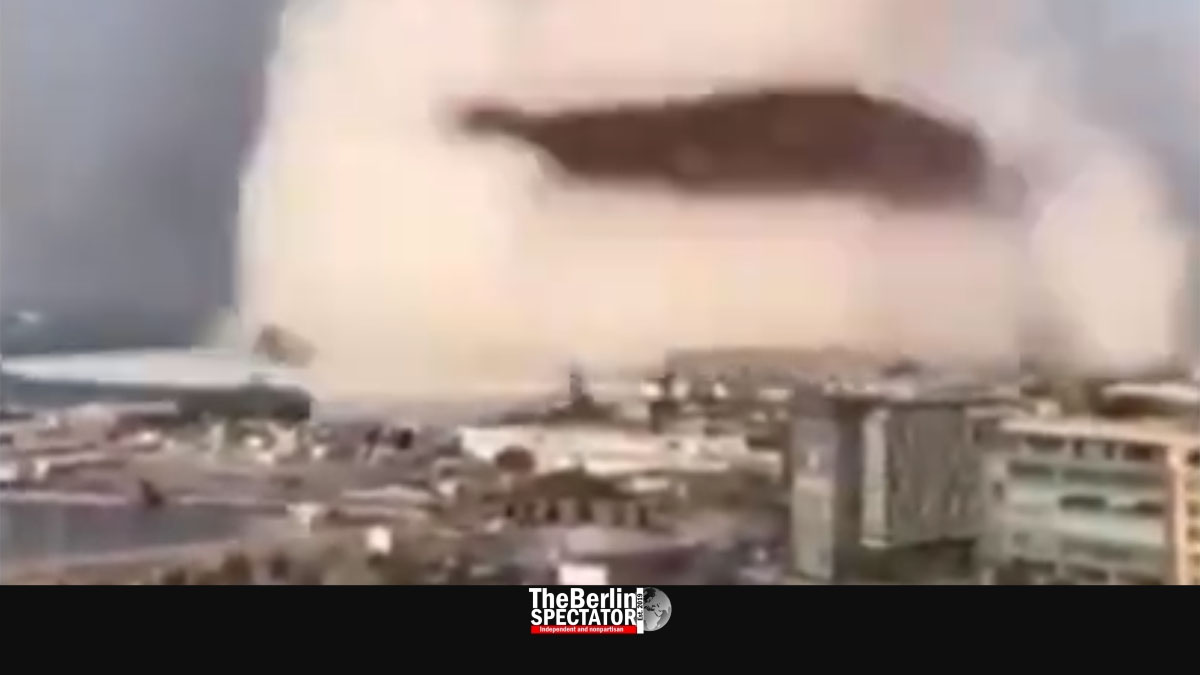 According to Berlin’s Foreign Ministry, a German employee of the Embassy in Beirut died in Tuesday’s explosion. The Federal Agency for Technical Relief from Germany now has helpers on site.

What the Foreign Ministry in Berlin had feared actually happened. An employee of the German Embassy in Beirut, who was listed as missing after the explosion on Tuesday, is dead. She was found in her apartment which was close to the port, where the blast originated from.

Foreign Minister Heiko Maas said the entire staff at the Ministry was mourning the colleague who had lost her life. He sent his condolences to the next of kin and the colleagues of the deceased at the Beirut Embassy. Maas thanked everyone who was “taking big personal risks while being on duty for our country all over the world.”

In the meantime, 42 helpers from the German Federal Agency for Technical Relief (THW), who had headed towards Beirut on Wednesday night, are already in the process of helping. Their main priority is to find survivors under the rubble.

The members of the emergency crew are from Hesse, North Rhine-Westphalia, Rhineland-Palatinate and Saarland. Shortly after the Lebanese government accepted the German offer for help, the team members left. They brought along search dogs and 16 tons of material, including several water treatment machines, tents, beds and food. Most of the THW people on site are volunteers, only some are employed.

Another task for the Federal Agency for Technical Relief is to support the German Embassy. Four of its surviving employees were injured in the explosion. One of them was treated at a local hospital before being flown out to Germany on Wednesday.

The ‘Bundeswehr’ Germany’s armed forces, are sending 60 soldiers who will help as well, along with a medical team. A flying intensive care unit is standing by.

Germany’s Chancellor Angela Merkel, who is on holiday right now, reacted to the deadly Beirut blast, by saying the federal government was shattered by the reports from there. She sent her condolences to the Lebanese government and wished the injured survivors a speedy recovery.

The THW’s task is to provide technical and logistical support to other organizations in Germany, including NGOs, and technical relief during civil protection measures. Technical or humanitarian relief in foreign countries, as assigned by the government, is part of the activities as well.

The total death toll of the explosion in Beirut keeps on climbing. Far more than 100 people lost their lives in the blast.