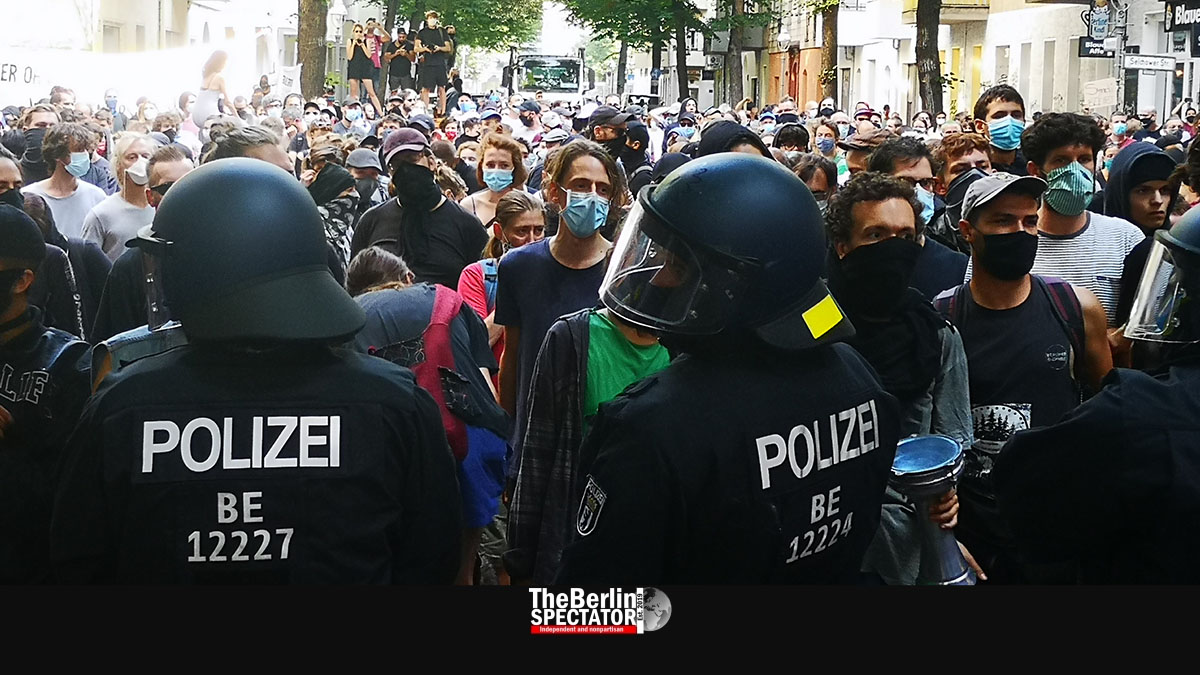 In Berlin’s Neukölln district, left-wing protesters tried to prevent a pub called ‘Syndikat’ from being evicted. Some participants were violent. They were outnumbered by police.

It was not the first time the planned eviction of the ‘Syndikat’ pub in Berlin led to violence on the streets. The only difference was that the eviction actually took place this morning. On Thursday, police had started blocking the location of the pub on ‘Weisestrasse’. In the late evening, protesters appeared.

Last night, radicals set trash cans and other items on fire. The first clashes with police were reported towards midnight. Several persons were arrested. Noise caused by a low-flying police helicopter and by the protest itself woke up residents.

On Friday morning before 8:00 a.m., the entire area around the small ‘Syndikat’ pub smelled of beer, when residents in the neighborhood started causing more noise with pots, pans and other kitchen utensils. In front of a barrier the police had installed, a crowd of protesters lit illegal pyrotechnic articles.

Some participants attacked police officers while a speaker with a microphone and a big loudspeaker claimed the police were a “bunch of radical right-wingers” who had “decided to jump in arbitrarily” and who therefore needed to “p*ss off”.

Again, police arrested individuals while a marshal was brought in who was supposed to enter the premises and officially evict the ‘Sydikat’ pub. The closer he got to the building, the louder the protesters became. Some young residents, who had just woken up due to all the noise, opened their windows and watched the events unfold while standing there in their underwear. In parts of Berlin’s Neukölln district, scenes and sights of that kind are a regular occurrence.

The Berlin Police Department’s spokesman Thilo Cablitz said 700 officers were on site, to make sure the eviction could take place. The next moment, three police officers in riot gear pulled a protester behind a fence they had installed. The man looked like he had been part of a fist fight. He was taken away. Since Thursday night, 40 arrests were made.

Last weekend, police were attacked with empty bottles and stones during an earlier protest against the eviction of the ‘Syndikat’. The lease for the pub expired a while ago, but those who ran it refrained from moving out.

Since the neighboring Tempelhof Airport was shut down in 2008, rents in the neighborhood skyrocketed. This aspect has been the subject of public discussions and protests for a while now as well. In a way, the ‘Syndikat’ was a symbol for what some see as “the good old times”.