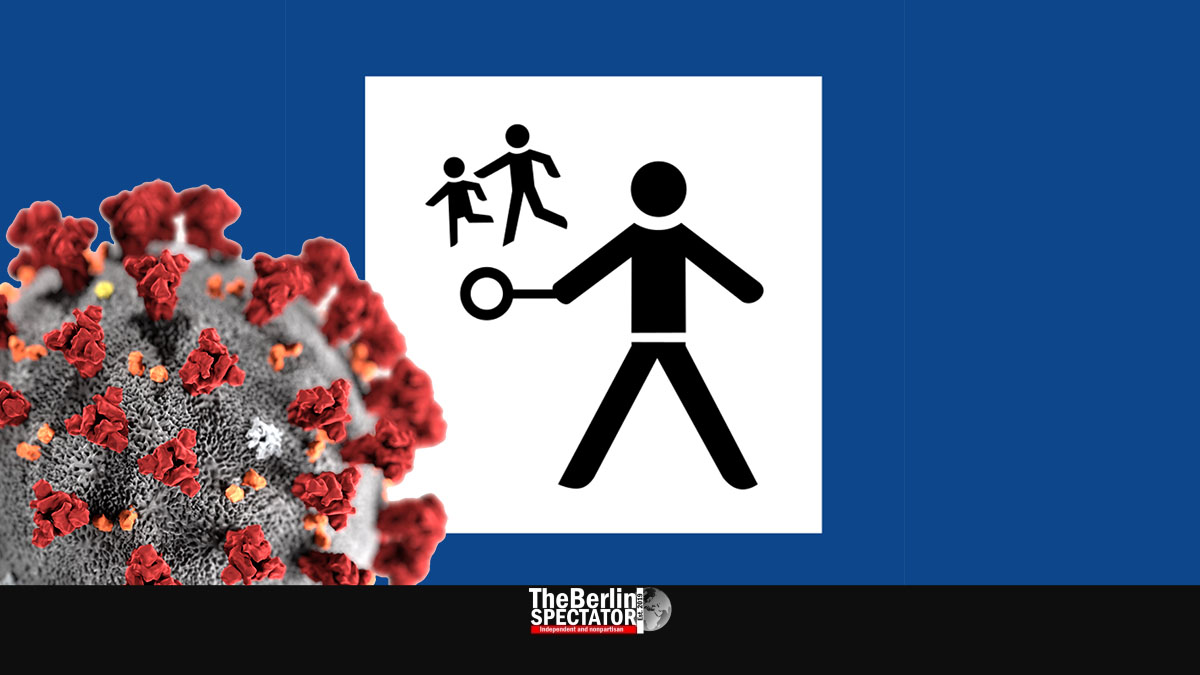 Reopening the schools in a federal state with low Corona numbers was going to be easy as pie. Just apply a few rules and go ahead. What could go wrong?

Berlin, August 8th, 2020 (The Berlin Spectator) — On Monday, the first federal state in Germany, Mecklenburg-Hither Pomerania, ended its summer vacation. It is the state with the lowest number of Coronavirus cases. Still, the reopening of schools failed. It may be a preview of what the rest of Germany should expect.

About 180,000 kids, including 13,900 new first-graders, were supposed to have regular classes after the Coronavirus had messed things up since March. All over the northern state, schools tried to be careful. Less people were allowed to join welcome ceremonies. Those who did kept their distance to each other.

The obligatory photos of new first grades were not shot, in order to make sure the kids and teachers would not get too close to each other. Instead, those important photos were pieced together on Photoshop, using portrait photos taken from everyone separately. Wherever possible, groups were reduced in size.

By the time schools opened on Monday, the authorities in charge of education and health in Mecklenburg-Hither Pomerania had still not settled the question whether there should be a mandatory mask rule or not. On Tuesday, the second day of school, they finally decided to implement such a rule starting on the third day, which was Wednesday.

Since then, all secondary school kids and teachers need to wear masks while they are not in class. Primary school kids are exempt. The province’s government wanted to be careful, because of rising Corona numbers, even up there. Mecklenburg does not let tourists enter for day trips, in order to keep Corona out. The mean virus was not supposed to enter schools either.

Through the Front Door

Yesterday, on Friday, which was the fifth school day after the summer vacations, a problem arose. The ‘Goethe Gymnasium’ in Ludwigslust, a high school, was shut down just after it had opened in the early morning. Corona had managed to enter the institution right through the front door.

A teacher employed by the school tested positive for Corona. The only encouraging aspect was the fact that she had not taught any classes yet, when the result came in. That is why the school will not be closed for two weeks, unless more cases pop up, but only until Wednesday of next week.

Alarm at the Baltic Sea Coast

The situation was worse in Graal-Müritz, a sleepy settlement with 4,000 inhabitants located up north at the Baltic Sea coast. The local primary school had to be shut down for two weeks on Friday because one child turned out to be infected with Corona. All 105 kids at that school, ten teachers and other employees are now in quarantine. It was unclear whether the same applied to all parents and siblings.

Is this what a successful start into a new school year looks like? Well, no. Corona does not want children to learn. Thanks to the virus, the second semester of the last school year hardly took place. Mecklenburg-Hither Pomerania, Germany, Europe and the entire world are now worried about the new school year, and rightly so.

In Hamburg, one of Germany’s most beautiful cities, there some 200,000 school kids are registered this year. Most of them returned to their schools on Thursday. First-graders and fifth-graders will follow on Monday. Their welcome ceremonies were stretched as well, meaning instead of one big event per school, there are many, in order to keep the number of participants down along with the Corona risk.

Three days before schools reopened, last Monday, Hamburg’s Education Senator Ties Rabe announced a mandatory mask rule. It is very similar to the one in Mecklenburg-Hither Pomerania. Nobody knows whether the rule will help to keep Hamburg’s 471 public and private schools open.

This Monday, Berlin and Brandenburg will be reopening their schools. They both decided to go for mandatory masks in secondary schools as well. Whether the situation up north, in Mecklenburg-Hither Pomerania, is a preview for the rest of Germany, remains to be seen.

Related article: Berlin: Back to School in Times of Corona