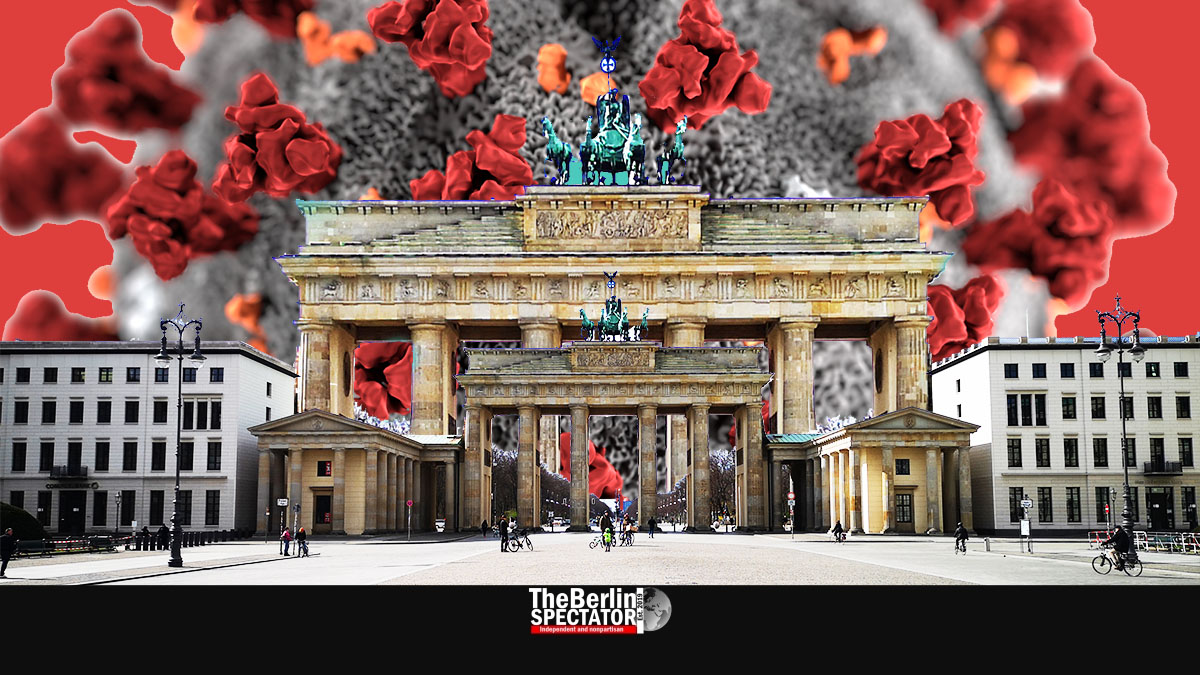 The Coronavirus messed up the last school year, the economy, the cultural and social life in Berlin. And it managed to keep the tourists away.

Before Corona hit, Berlin experienced a constant tourism overkill. The visitors ate like bears at the city’s restaurants and drank like sailors at its countless pubs. Hundreds of thousands of tourists came to the German capital to party. So they danced like John Travolta and Olivia Newton-John in ‘Grease’, at Berlin’s clubs.

At Brandenburg Gate, one tourist stampede was not even done shooting selfies with the object in the background when the next group showed up. Things were even worse at Checkpoint Charlie. At East Side Gallery. At the two zoos. At ‘Kurfürstendamm’. Let’s not even mention Museum Island.

A never ending invasion of tourist groups on bicycles, electric scooters or in buses was taken to the main attractions on the Berlin Wall Path all the time. They walked the parks, went to be tortured at the opera, watched musicals, theater plays, movies and floated back and forth all over the city.

And when they were done for the day, they were hungry. Tourists needed that juicy steak, the unidentifiable vegan food, they insisted on licking ice cream cones and pouring cold Apfelschorle down their throats. To make a long story short: The tourists came in masses and wanted it all.

In February of this year, when Corona had already hit Europe, there were good news about last year: Berlin had broken its own record, with a total of almost 14 million tourists, in 2019. Holy cow! In 2018, there had been 13.5 million. The sky was the limit. Until Corona hit.

Early this year, Germans and potential tourists all over the world read about a weird virus in China. Once they were done reading the article, the virus was already confronting them. Lockdowns followed. Tourism was forbidden in some of Germany’s federal states and in virtually all hotels in the country. It was a foregone conclusion that the tourists would stay away.

The Office for Statistics in Berlin and Brandenburg just released the new numbers. During the first half of 2020, 2.7 million guests came to Berlin. Compared to 2019, this is a decrease of 59 percent. The same applies to nights spent at Berlin’s hotels. The number dropped by 59.5 percent to 6.5 million.

What tourists from abroad are concerned, their number even slumped by 66 percent, and that of domestic tourists by almost 55 percent. As usual, guests from the United Kingdom were the most faithful foreign visitors in Berlin. But the nights they spent in the German capital in the first six months of this year decreased from more than half a million to just over 258,000.

The number of visitors from the Netherlands, Spain, the United States of America and other countries decreased by at least two thirds, compared to last year.

At the end of June, 669 hotels, similar businesses and 11 camping grounds were operational in Berlin. The Office for Statistics says the occupancy rate was 30.1 percent during the first half of this year. Last year, it was exactly twice as high during the same period.