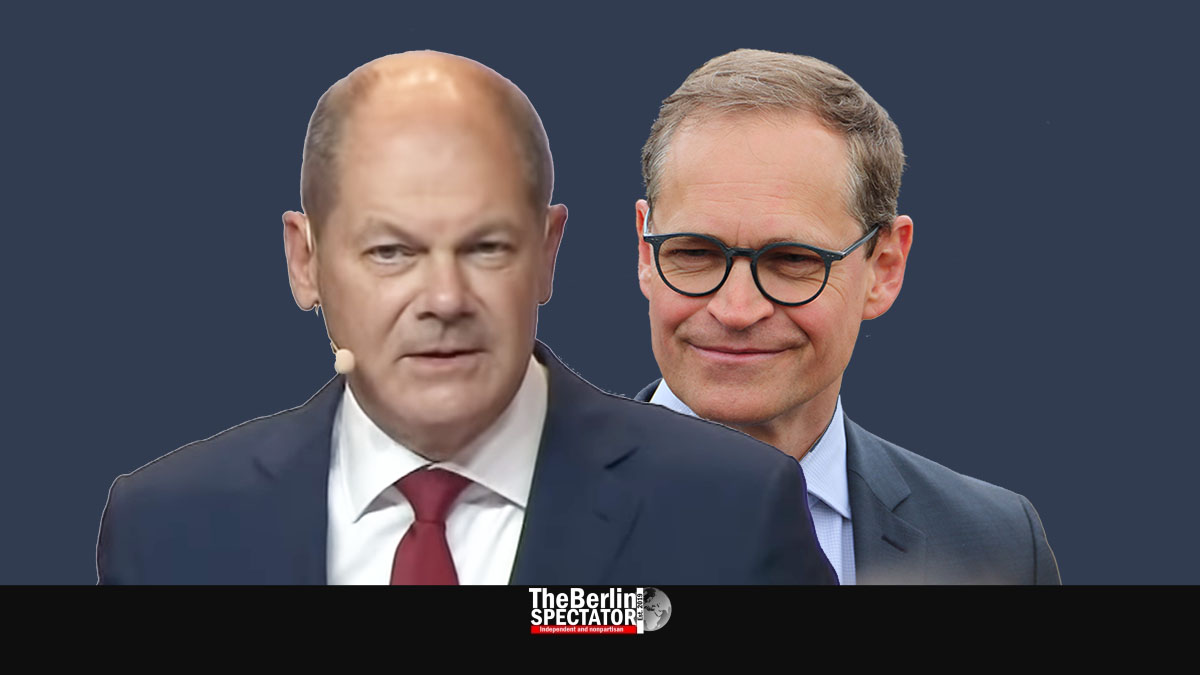 Let the battle begin. Germany’s Social Democrats just rang in the campaign for elections that will take place in 13 months from now. So far, the SPD is mainly fighting itself.

On Monday, the SPD made Olaf Scholz its candidate for Chancellor. He was actually the only choice they had, meaning it was the only decision that made sense and sent a positive signal. There is no doubt: Scholz is the best they have, the drawing card. But what about the party?

This is the beginning of the campaign, so there is plenty of time to improve the logic of their statements. At a press conference in Berlin, Olaf Scholz said the SPD could get a good result of more than 20 percent. At the same time it made a bid for the leadership in Germany. He did not explain how he intends to lead with the 20 percent he does not have.

In order to make it happen, a lot would have to change. In today’s reality, the SPD is at around 15 percent, according to polls, while Angela Merkel’s conservative CDU stands at 37 percent. With their 18 percent, even the Greens are stronger than the SPD. And they want to lead too, as their co-leader Robert Habeck said on Monday.

What all of this means is that Scholz has a lot of overtaking to do. His party is a brake block that needs to be turned into a Lamborghini. Olaf Scholz needs to become Ethan Hunt. At this stage, it seems unlikely that he will reach the goals he set today.

Even getting the direct mandate he wants will be hard. Originally a Hamburger, Finance Minister and Vice Chancellor Olaf Scholz lives in the electoral district that includes Potsdam, the capital of Brandenburg province. Annalena Baerbock, one of the two leaders of the Greens, intends to take that direct mandate away from him. So does Linda Teuteberg, the Secretary General of the FDP. Both ladies live in the same electoral district. If Scholz loses to one of them, he can still enter the Bundestag via his party’s list of candidates, but it would not look good.

Olaf Scholz and the SPD have a lot of election battles to fight. This applies to both the elections for the Berlin Bundestag, and those for the House of Representatives in the city state of Berlin which will likely take place on the same day, in September of 2021.

Berlin’s Governing Mayor Michael Müller (photo at top of page, on the right), one of Scholz’ SPD colleagues, does not want to govern anymore. His goal is to enter the Bundestag as an MP in 2021. He too will have to win his electoral district. The issue is that someone took away the district before he even started campaigning, meaning he lost it 13 months ahead of election day.

Weak in Both Cases

That someone is Kevin Kühnert, a strong personality in the SPD. The left-winger headed its youth organization and wants to sit at the adults’ table now. Because of him, Müller now intends to pick another district, namely one in Charlottenburg. A victory might be possible, but it will not be easy. Both Kühnert and Müller want to see their names at the top of the Berlin SPD’s list of candidates.

While Müller is planning his way into the Bundestag, Franziska Giffey, Germany’s Minister of Family Affairs, wants to become his successor as Governing Mayor of Berlin. She should hire Chuck Norris as her campaign manager, or else she might not reach the finish line either.

On the federal level, Scholz has to pull it off somehow. He is the right guy who needs to straighten out his party. The SPD’s hope is that their man from the political center will convince Merkel voters. She will not run anymore. Her successor will most likely be more conservative, steer towards the right and lose voters in the center. The question is: Who will pick them up?