In Defence of the German Language: A Student’s Perspective 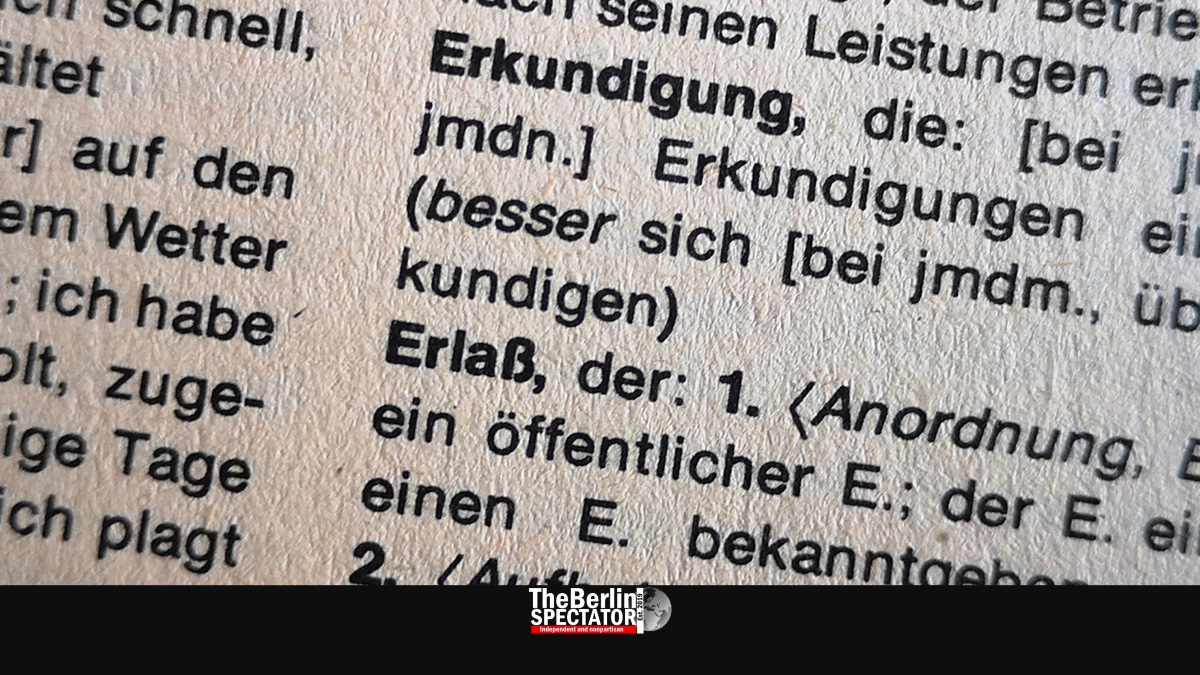 Stephanie Nourse studies Modern Languages at The University of Oxford. She is a keen German student, which makes her a minority, according to recent studies.

When I arrived at university to find out that I would be studying in a seminar group of 12, I admittedly let out a big sigh of relief. As the only student to take German A Level (the equivalent of the ‘Abitur’ in Germany or the High School Diploma in the U.S.) at my secondary school, it was reassuring to know that I would finally have some company in the classroom again. Speaking to my fellow students, I realised that a lack of interest in learning German at school, and indeed in language-learning in general, is sadly all too common.

As the proverb goes, to learn a language is to have one more window from which to look at the world. So, given Germany’s spellbinding destinations and delicious food and beer, on top of its contributions to worlds of music, sport, automobiles, philosophy and literature to name but a few, why is it that so many young people seem to shy away from the opportunity to connect with a country bursting with such culture and prestige?

The first misconception for many is the way German sounds. You might well have come across this viral YouTube video which, behind its humorous setup, essentially defames the German language against its supposedly more romantic, softly-spoken European counterparts, presenting the vernacular as aggressive, manic, and really quite ugly.

Indeed, if they don’t choose to study the subject itself, the only interaction that many young people ever have with the German language is through WWII-era footage and films in history lessons, contributing to a narrow belief that all German people sound so harsh and angry.

This view of Germany through the singular lens of the atrocities of the 20th century has prompted negative associations and perhaps even a profound discomfort with Germany’s language for generations, mentally tying it to the barbaric and soulless actions of the Third Reich and Hitler’s raging propaganda speeches.

Youtube videos like that of Copy Cat only further this narrative, and while anybody who has read German poems as beautiful as Eichendorff’s Mondnacht or heard the dreamlike intro to Nena’s ’99 Luftballons’ would wholeheartedly disagree, those who might still be ignorant as to the gentle softness of the German language might enjoy this brilliant parody by Easy Languages which offers a sound retort to the aforementioned video.

More features on The Berlin Spectator

Secondly, the minefield that is German grammar poses a further deterrent to many aspiring linguists. Oscar Wilde famously said that “Life is too short to learn German”, a sentiment which many Teutophiles will relate to when wrestling with the endless tables of genders, pronouns and cases that characterise the German language.

It is safe to say that this journey is intimidating, but nobody who has begun to master the formulas and rules of German grammar can deny that even the smallest progress comes with an undeniable sense of satisfaction and most definitely enhances methodical thinking skills.

Speaking to a fellow student who opted to study French rather than German at school, he picked up on the fact that “German is also notorious for really long words that seem impossible to pronounce. This can be intimidating and alienating for new learners”. While there are jokes about ridiculously long German words, the compound element of the German language is in fact one of its most beautiful qualities, allowing for the expression of the most abstract concepts in just one, neat formulation.

Prime examples include das Fernweh (literally ‘faraway pain’), a word pertaining to a hollow ache for travel to distant places, and das Kopfkino (literally ‘head cinema’), describing the act of daydreaming about various scenarios. There are also the more curious pairings found in words such as die Warteschlange (queue, but literally ‘waiting snake’) or das Zahnfleisch (gums, but literally ‘tooth meat’). In reality, the compound words that are actually in common use in German really aren’t that intimidating at all, and are either endearingly philosophical or at the very least rather amusing.

In the previous academic year, analysis by the BBC showed that foreign language learning is at its lowest level in UK secondary schools since the turn of the millennium, with German failing the most of all, experiencing a decline of 67% at GCSE level and 64% at A Level.

However, as well as being the mother tongue of Goethe, Mozart and Beethoven and a leading language in both science and business, new research has shown that German is also the language most sought-after by employers. If we as a nation can embark on some myth-busting and some reframing of the way in which our generation perceives the German language, perhaps we could hope for a positive shift in the number of young Germanists.

Stephanie Nourse studies Modern Languages at The University of Oxford. She is currently interning with The Berlin Spectator, assisting with content writing and social media. Her interests include culture, travel and translation.