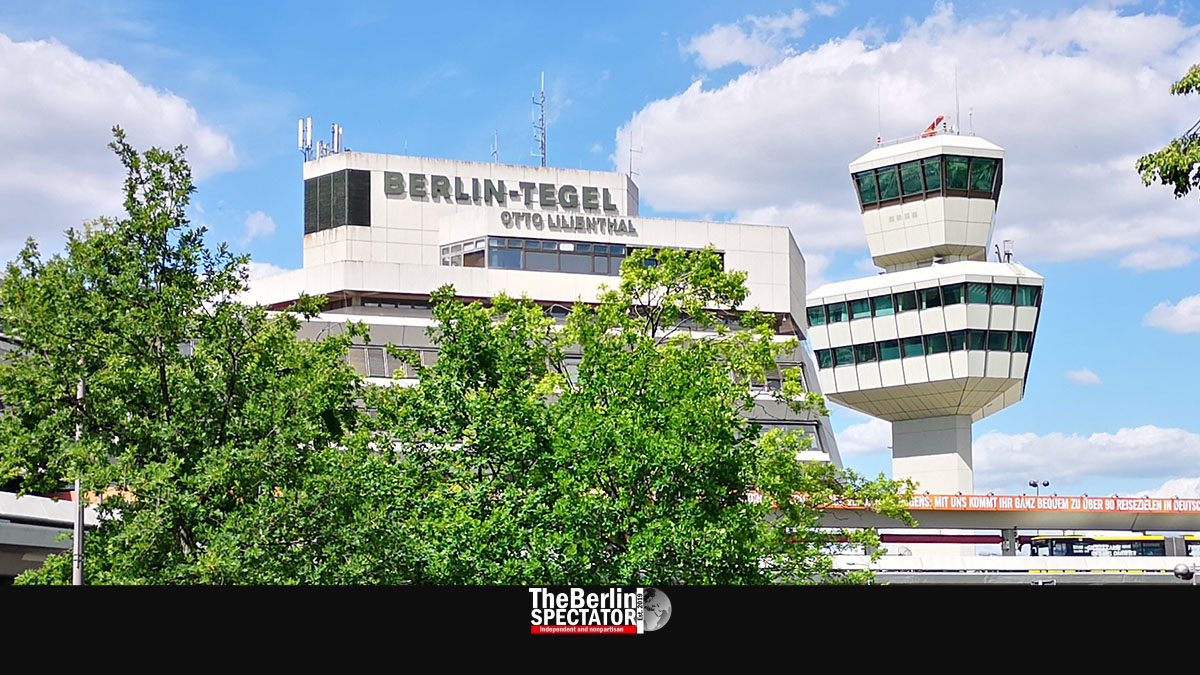 At Tegel Airport, a man whose family was not entitled to get tested for Corona infections for free pushed a hospital staff member into a barrier on Sunday evening. The test center was closed for the rest of the day.

Less than three months after its closure, Berlin’s Tegel Airport made it into the headlines again, because of an alarming incident on Sunday evening. A family appeared at the airport’s Corona test center and insisted on being tested. Nine days earlier, they had entered Germany from Turkey.

Not Entitled to Free Test

Therefore, they were not entitled to be tested at that location, as the ‘Tagesspiegel’ daily reported first. At the Corona test centers Schönefeld and Tegel, the two airports in the Berlin Brandenburg region that will be replaced by the new BER Airport in late October, only passengers who just came in from high risk countries or regions are entitled to be tested. Corona tests there are being offered for free.

Volunteers on site explained the rules to the family father, but he did not accept those. During the argument that followed, he pushed a hospital employee into a barrier. The police were notified and confirmed the incident later.

A board member of the Charité, a hospital chain that runs the Corona test center with its competitor Vivantes, confirmed there had been an “escalation”. The location had been shut down early on Sunday in order to protect the volunteers. The Corona test center will reopen today from 8:00 a.m. to 9:00 p.m.. These are the regular opening hours.

Even without the incident at Tegel Airport on Sunday, the situation is difficult for several reasons. First of all, the discussion about who should be testing travelers returning from high risk countries or regions is ongoing. For these vacationers, Corona tests upon return are mandatory.

Secondly, the list of high risk countries is being extended all the time. Most of Spain was just added, while tens of thousands of German vacationers are returning from there. Mallorca is Germany’s favorite vacation spot abroad. Other issues include long waiting lines and the time it takes for test results to be available.

In May, when the Corona situation looked a lot better than it does now, Germany’s Foreign Minister Heiko Maas and his European colleagues decided to let vacationers spend their summer holidays abroad. The approach backfired now that the infection numbers are increasing again, in Spain, Germany and other countries.

According to another report, this time by the ‘Bild am Sonntag’ weekly, not all passengers who return from high risk countries are being tested. On Friday evening, two days before the incident, when a flight from Mallorca with 170 vacationers had arrived at Tegel Airport, the Corona test center had been closed already, the publication reported.

Since half of all new Corona cases in Berlin are connected to returns from high risk countries, and because the overall Corona situation is deteriorating, those mandatory tests at airports are important. The issue on Friday was not the only one reported in the past days.

On Sunday, after the Corona test center had been closed because of the incident involving the violent family father, six flights from Spain arrived at Tegel Airport. None of the hundreds of passengers were tested.