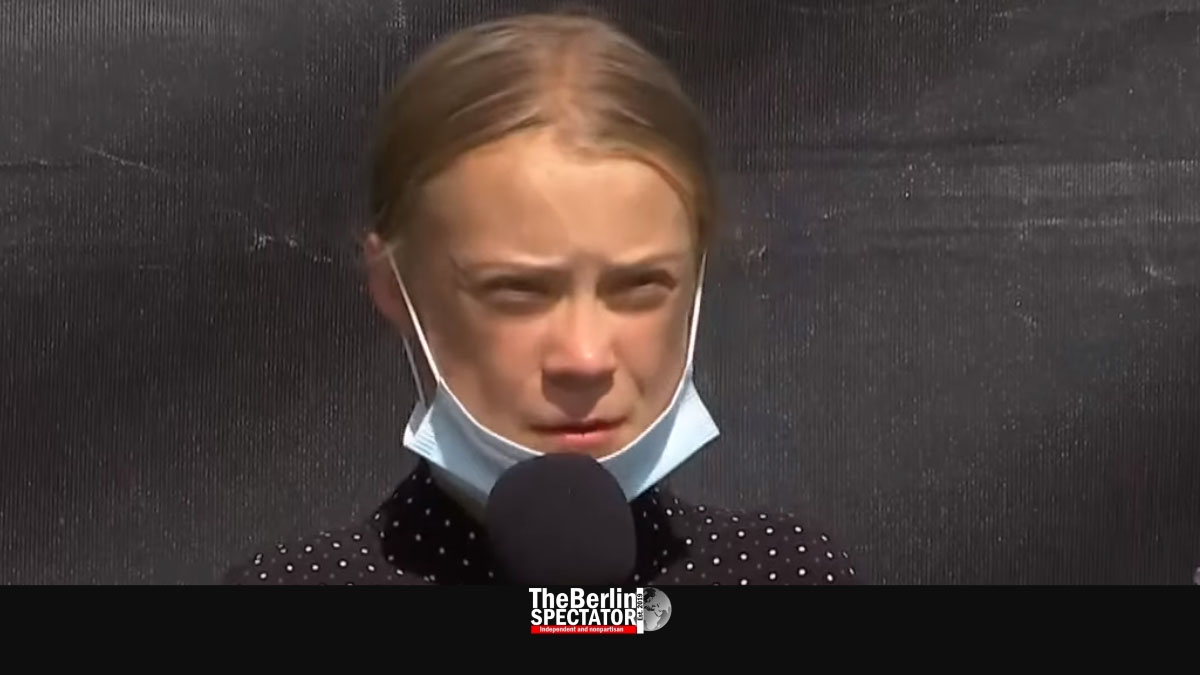 At the Chancellery in Berlin, Angela Merkel met Greta Thunberg, Luisa Neubauer and other young activists today. The fight against climate change was the only subject on the agenda.

In Berlin, Angela Merkel met the 17-year-old Swedish activist Greta Thunberg, who founded the grassroots movement Fridays for Future two years ago, to the day. In Stockholm, the first school strike against climate change took place back then. Luisa Neubauer, a German climate activist, took part in the meeting as well, along with colleagues from Belgium. Climate change was on the agenda in a luxurious conference room at the Chancellery.

At a press conference after the meeting, Lisa Neubauer said the German, European and global climate policies had been discussed, along with trade agreements. The activists told Chancellor Merkel that the global movement needed politicians.

According to Merkel’s guests, an implementation of the Mercosur free trade agreement that was struck between the South American trade bloc of this name and the European Union would lead to a deterioration of the situation in the Amazon region. Just like other European heads of government, Angela Merkel rejects the agreement in its current form. Her young visitors were glad to hear she will not ratify it.

Greta Thunberg had met Merkel before, at the United Nations in New York City. Today she said she and her colleagues had told the Chancellor that the climate crisis should not be treated like any other crisis. There was a state of emergency in this regard, Greta Thunberg stated. People needed to stand up, leave their comfort zones and take action. She often makes her “comfort zones” statement. It has become a trademark.

Lisa Neubauer explained there were different perspectives on the climate crisis. The implementation of the Paris agreement was existential, she stressed. “We know we are demanding a lot”, Neubauer said. Things needed to change. Democracy had to be provided with the tools it needed to fight climate change.

Some Fridays for Future activists, in Germany and elsewhere, complained about the meeting in Berlin, saying they had been notified of it only days before and did not agree. Greta Thunberg answered by explaining they had met Chancellor Merkel as activists and not as representatives of Fridays for Future, which was a movement without leaders.

Luisa Neubauer had picked up Greta Thunberg at Berlin’s Central Station earlier on Thursday. The Swedish teenager’s last visit to Berlin took place on March 29th, 2019, when Greta participated in one of Friday for Future’s protests in the German capital.

Germany is in the process of an energy transition. In two years from now, the last nuclear power plants are supposed to the shut down for good. By 2038, no more coal-based power stations will be on the grid. Last year, 43 percent of Germany’s energy was generated by regenerative sources, a percentage that is supposed to grow steadily. By 2030, Germany wants to decrease its CO2 emissions by 55 percent.

On a regular basis, Greta Thunberg and Fridays for Future are being attacked verbally by ultra-conservatives and the radical right in Europe. At the same time, there is a lot of admiration for the movement and Greta herself, because of her courage and persistence.

According to ‘Business Insider’, three parties in Germany, namely the center-left SPD, the left-wing Greens and far-left ‘The Left’, want to get Fridays for Future activists into the Berlin Bundestag next year. The publication reports, the Greens were already in talks with Luisa Neubauer.