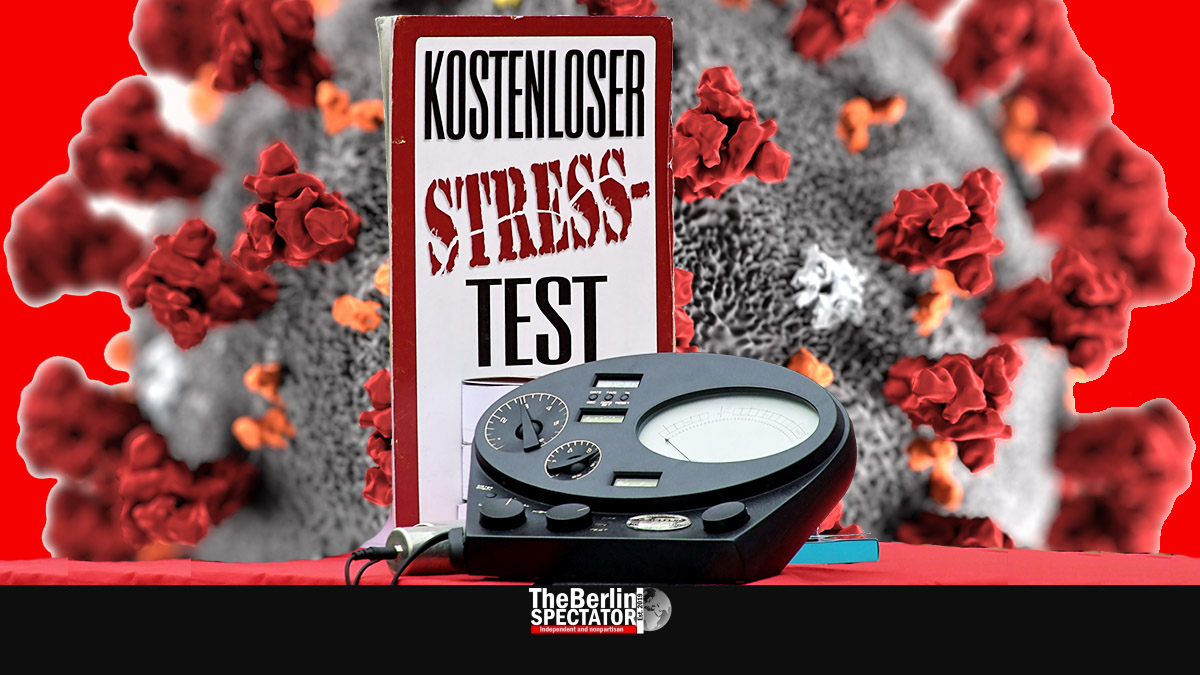 A situation like the Corona crisis is just what haters and obscure organizations have been waiting for. Nazis are part of the movement of Corona deniers. Scientology seems to be using Corona for its purposes as well.

While Scientology has the status of a religion in countries like the United States of America or Sweden, Germany sees it as a dangerous cult which tries to lure people towards itself in order to brainwash and exploit them financially.

Founded in 1953 by science fiction author L. Ron Hubbard, Scientology quickly became a large organization which is being promoted by famous Hollywood actors like Tom Cruise or John Travolta, and even excellent musicians such as the pianist, composer, arranger and producer Chick Corea.

The main goal of Scientologists is to become “clear”, a status that Hollywood millionaires seem to be achieving a lot faster than members with smaller wallets. A so-called e-meter (photo at top of page) is being used by Scientology’s ‘auditors’ to establish the status of ‘preclears’ who spend fortunes on courses that are supposed to get them closer to becoming a ‘clear’.

Scientology has a constant need for new members, probably for financial reasons. The Office for the Protection of the Constitution in the city state of Hamburg registered new activities. It recently warned residents of an information booth the cult had set up in the Billstedt district. ‘Say No to Drugs – Say Yes to Life’ it said on the stand. Who would not agree with this statement? Scientology refrained from using its name for its ‘initiative’. It seems to have been designed to appeal to potential new members.

Scientology threatens persons who want to leave the cult, the German authorities are convinced. Former Scientologists say the organization spies on its members. Its health practices are more than dubious, to the opinion of critics. In Germany, the cult has been on the radar of the Office for the Protection of the Constitution since 1997.

According to the authority, little brochures have appeared in stores and other businesses. Their title is ‘How to Prevent the Spread of Illnesses through Isolation’, and they were supposedly distributed by the organization the German observers deem anti-constitutional. Residents, especially in Hamburg, were asked to contact the Office for the Protection of the Constitution if they receive those brochures or in case they have in-depth information about Scientology’s latest activities. The authority can be reached via this e-mail address: SO@Verfassungsschutz.hamburg.de

According to observers, Scientology’s Corona campaign is part of a much bigger one entitled ‘Stay Well’, as several German-language media reported. The cult also uses its weird ‘personality tests’ to attract new paying members. They are big on the Internet and run their own TV channel.

More than twenty years ago, in the 1990s, when German authorities starting observing Scientology, the cult had more members in Germany than it does today. In Hamburg, their number supposedly decreased to 300. In Germany, the organization has 3,500 members, the authorities believe. Some federal states ended their observation a while ago, because Scientology seems to be shrinking in Germany. In Hamburg, the cult seems to be trying to reverse that trend.