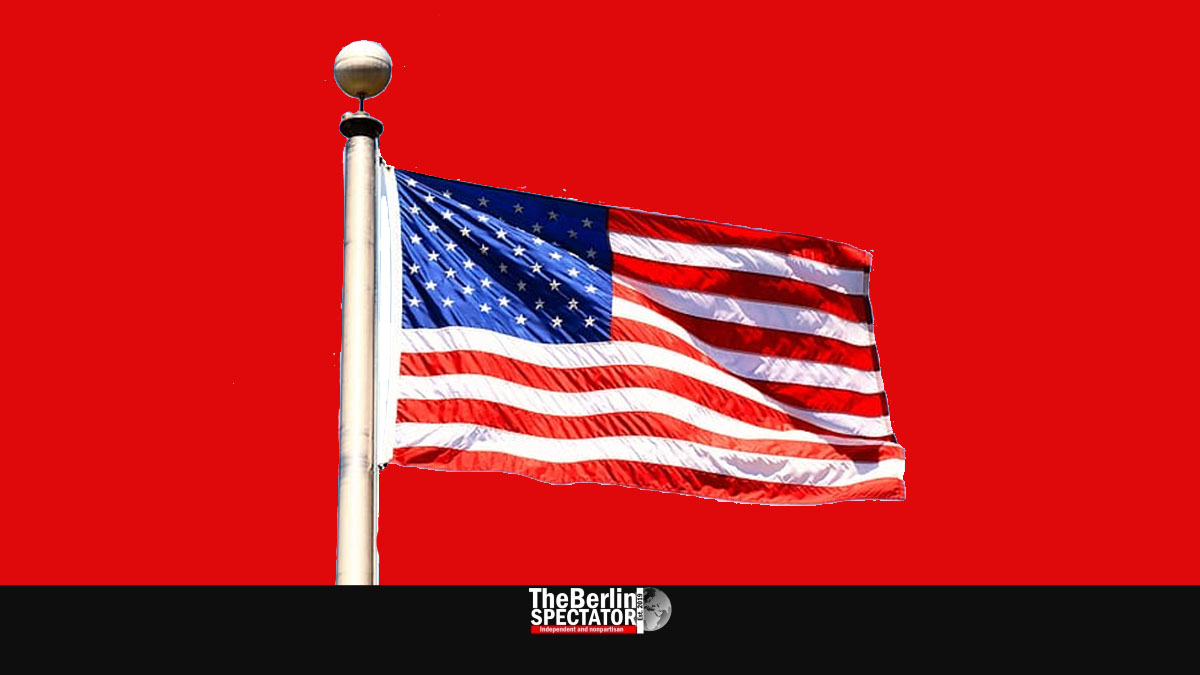 You are our American friends, no matter whom you voted for in November of 2016. You are our partners, no matter what your profession is, your gender or your party affiliation. Something hit the fan though.

Some of us Europeans might not admit it, some might be misguided a little, but it is safe to say that most of us love America. We admire your country and your culture. We like everything America offers, from sea to shining sea. We like your beaches, your music, your countryside and your movies, but also your friendliness, your diversity, your courage. We know you are fine people.

Do we know the United States have problems? You bet we do. We also know we have problems ourselves. Some of those are similar to the ones you have. Do we have a lot in common, you Americans and we, the Europeans? Absolutely. Are there differences too? Sure.

American or European, we all make mistakes in life. Have I made mistakes, apart from publishing this opinion piece? Oh, yes. By the way: I am from Germany, the country with the worst recent history imaginable. Most of us Germans are glad you Americans helped defeat Nazi Germany. You ended the Holocaust. You ended fascism. A deeply felt thank you for that!

America is strong, including its military. Was America involved in unnecessary wars that should never have taken place? Yes. On the other hand, you defeated Hitler. You defeated Saddam Hussein and Slobodan Milosevic. While we, the Europeans, were talking and talking, you delivered weapons to the Bosnians and made sure NATO would finally end the siege around Sarajevo in 1995, where children, women and men had been murdered for years.

Are you perfect? No. Are we? Believe me, we are far from it. So, this is not about making you feel bad or trying to pretend we are better, which we are definitely not. But, there is a huge problem. Ready for it? Here we go: You have the wrong President. He has to be voted out of there now.

Did we complain when Reagan or Bush Senior were in power? No. Or when Bush Junior took over? Well, yes, we did complain in that case, but many of us regret it today. Next to today’s man at the Oval Office, he was more than presentable.

Yes, I admit it: I liked Bill Clinton, I liked Barack Obama’s domestic policies. Let me also tell you that I like the Trump Administration’s United Nations and Middle East policies a lot more than Obama’s approach in that region. But that does not change the overall issue.

The Republicans have good people, namely leaders like John Kasich or Condolezza Rice who saw it coming. Other Republicans, including those on the Hill, messed up big-time. The man at the Oval Office is actually not the main problem. Those who let him proceed and supported him are responsible here. Something hit the fan. It did not smell good at all and still doesn’t. They just pretended they did not notice the smell.

This is not the “We told you so” speech. Indeed we did tell you, but this is not about blaming you. What we need from you is a big favor. He is dangerous. Not just to you, but to all of us. He is a danger to America, to democracy. To our trans-Atlantic relations. To the world. And he should move back into his impressive tower in Manhattan.

Dear Americans, we respect you. I certainly do. There is one single thing many of us are asking you to do, this time only: Vote him out of there. This means voting for Joe Biden and Kamala Harris. Yes, they are Democrats, but they are good people and good Americans. This time around, this is the only thing that counts.

Is it up to us whom you vote for? Not really, under normal circumstances. But are many of us very concerned and hoping for change? Definitely. Thank you, guys.