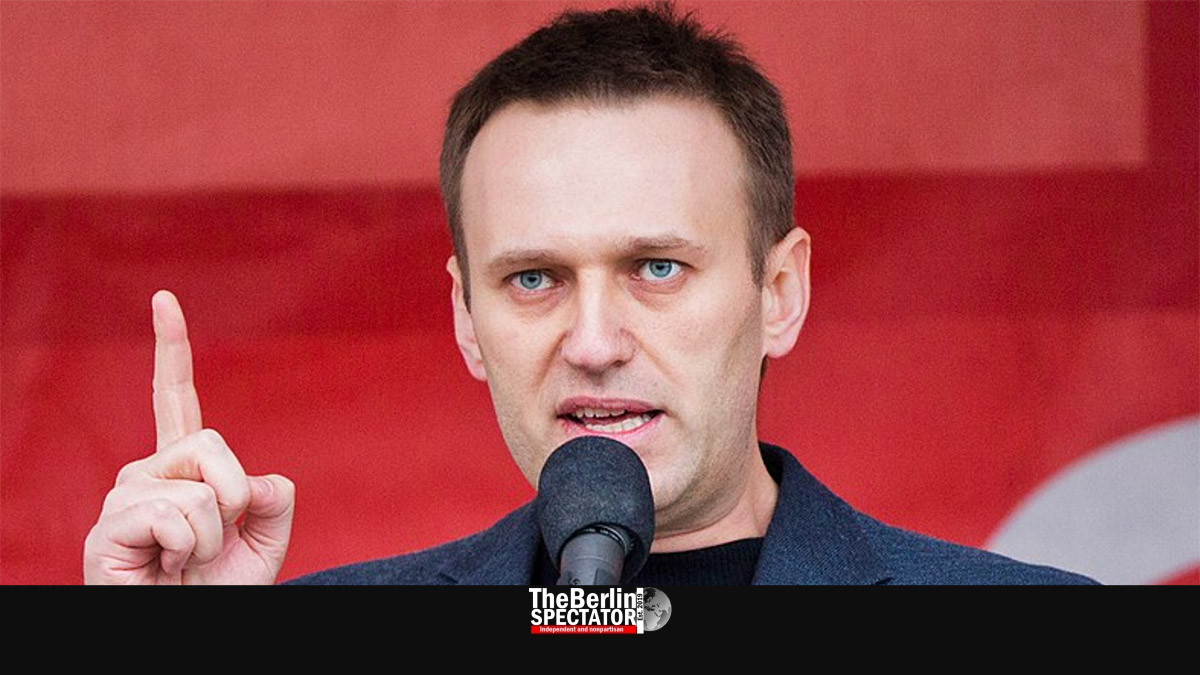 The Kremlin’s main public enemy Alexey Navalny arrived in Berlin on Saturday morning. The Putin critic is in a coma after he was probably poisoned.

On Thursday, Navalny was going to fly from Tomsk to Moscow. Before his plane left, he had a cup of tea at the airport. Another passenger took a photo of Navalny holding a cup at a café. During the flight, he suddenly felt bad and fainted. For that reason, the pilot performed an emergency landing in Omsk.

At the local hospital, the prominent patient fell into a coma. The doctors first said they had detected a dangerous poison on Alexey Navalny. A few hours later, they suddenly stated there was no poison. They also said he was not fit for transport, while an organization of Navalny supporters had already sent a plane with doctors to Omsk, to pick him up.

This was when the next chapter of the drama started. According to the doctors at the clinic in Omsk, Navalny was not fit for transport. Then, another few hours later, the stated the opposite, when the German doctors finally got the permission to see the patient and said he could indeed be transported.

At that point, there were two issues left: The patient’s family and those who organized the flight to Berlin needed a permission to take him there. And the pilots of the ambulance plane had to make sure they followed the rule about their periods of rest. Then, in today’s early morning hours, at about 4:00 a.m. CEDT (Central European Daylight Saving Time), the aircraft reportedly took off.

Navalny, who is 44 years old, was supposed to be treated at Berlin’s Charité hospital. According to German-language media, Navalnys spokeslady said nobody in Omsk was interested in saving Navalny’s life. A crime, namely his poisoning, was supposed to be disguised. It is not the first time a public enemy of the Kremlin was poisoned.

Alexey Navalny was on a respirator, also during the 4,000 kilometer (2,485 mile) flight to Germany. Initially, doctors in Omsk had said the poison had been detected on Navalny’s skin and clothing. It was a danger to the patient himself and everyone around him. Therefore those who treated him needed to wear protective suits.

On Friday, Germany’s government had said saving Navalny’s life was the highest priority. He needed to be able to recover. Observers believe Berlin might have used diplomatic channels in order to get a permission to fly the Putin critic to Germany. Alexey Navalny had been in Tomsk, a city in Siberia, to prepare for regional elections that will take place next month.

A German-language Russian propaganda channel published a short article on the Navalny drama which said the Russian doctors had warned his family that “his condition could deteriorate because of the flight”.

After 9:00 a.m. CEDT, Navalny arrived at Berlin’s Tegel Airport. From there he was taken to the Charité.