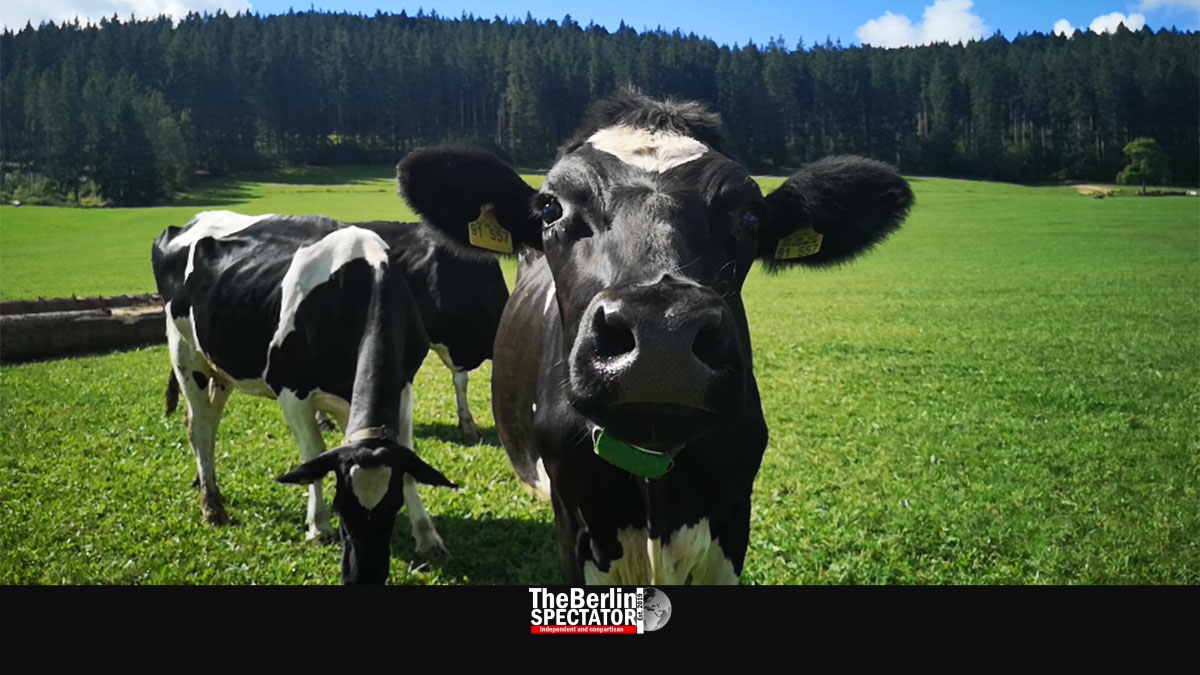 In spring and summer, one of the most beautiful regions in Germany is very green, until fall, when it turns orange, red and brown. Still its name is Black Forest. There is an explanation.

Berlin, August 26th, 2020, update December 5th, 2020 (The Berlin Spectator) — There is hardly any black in Germany’s Black Forest, a stunningly beautiful region of woods, pastures, hills, lakes, rivers and mountains that spreads out over an area of exactly 6,009 square kilometers (2,320 square miles) in south-western Germany. In spring and summer, many versions of green can be seen here. Then they change to fall colors, and usually to white in winter.

So, where is the black? When the Romans dominated the region, the enormous forests were mysterious, black and scary to them. They called them ‘Silva Negra’, which is the Latin translation for Black Forest. A version of the German name ‘Schwarzwald’ first appeared in a document in the year 868.

Over the centuries, the Black Forest changed. In the 18th century, many trees were felled. Their wood was used for buildings, ships and as heating material. But the gaps were reforested. When spruces were planted, the forests actually became sort of black. Today, there are countless different types of trees.

The air down there is excellent. There is nothing better than sleeping at a hotel in some Black Forest village with the windows wide open. Taking a deep breath in that region will make Berliners feel their oxygen intake just quintupled. Humans need air to breathe. They will get plenty of it in the ‘Silva Negra’.

Did anyone say “food”? ‘Black Forest Ham’ (‘Schwarzwälder Schinken’) is the kind of raw ham that ripens for a month or two. The word delicious is an understatement here. The same applies in regard to what is known as ‘Black Forest Cherry Tart’ (‘Schwarzwälder Kirschtorte’). The ingredients are layers of chocolate cake and cream plus cherries on top. There is nothing better of the face of this Earth.

Countless farms all over the Black Forest produce excellent milk, cheese and other products. The cows have plenty of grazing land. Those pastures they spend most of their time on provide clean, green and juicy grass which contributes to their wellbeing and the quality of their milk.

Sure, agriculture is big in the Black Forest. Also they make cuckoo clocks and other products. But tourism is a lot bigger. At least it was in pre-Corona times. Visitors from Germany and all over the world love hiking, swimming in clean lakes, eating and breathing that air down there.

The most popular spots in the Black Forest are Titisee (read separate feature Germany’s ‘Titisee’: The Lake of Lakes), Schluchsee, Badenweiler, Bad Krozingen, Bad Liebenzell, but also towns such as Gengenbach, Baden-Baden, Freudenstadt, Freiburg, Wolfach or Haslach. There a several monasteries visitors go to.

Dozens of hiking trails of all distances appeal to tourists who insist on moving their behinds. The West Trail from Pforzheim to Basel is 285 km (177 miles) long. The East Trail is a bit shorter, but just as interesting. There are loop trails and routes from A to B that take between one and seven days to complete. Plenty of bicycle routes are there as well.

How about climbing some mountains? No problem at the Black Forest. Climbers will not find Everest, but the ‘Feldberg’. With its 1,493 meters (4,898 feet), it is the highest mountain in the region. Another six are higher than 1,000 meters (3,281 feet). And there is plenty of water. Apart from many lakes, there are 26 rivers. Swimming, renting boats and even windsurfing are popular activities.

There is another very popular activity at the Black Forest. Motorcyclists love racing up and down its roads with their millions of curves. And they crave the local beer and food when they are done, just like all other kinds of tourists.

Up to 150,000 people in the region work in tourism. The many hotels in all corners of the Black Forest counted some 35 million nights spent per year in pre-Corona times. Beauty definitely sells.

Berlin: The Cadillac of Christmas Markets