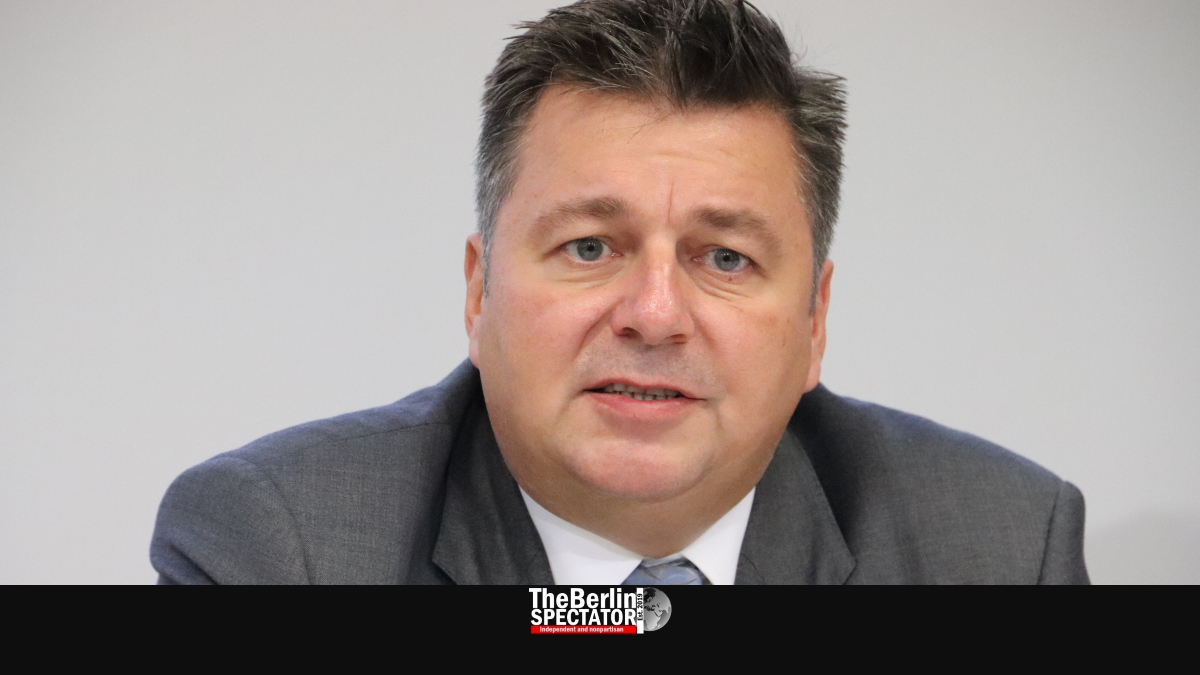 Berlin’s Interior Senator Andreas Geisel said he had received personal threats after he had banned rallies organized by Corona deniers. The decision for the ban was both slammed and supported.

Threats against the Berlin Police and Interior Senator Andreas Geisel have come in after he decided to ban protests Corona deniers and Nazis had wanted to stage in the German capital on Saturday. There obviously was a high potential for violence, Geisel stated.

After the ban was announced on Wednesday, the organizers, a movement called ‘Querdenker 711’, said they would proceed against the decision at courts. Senator Geisel announced Berlin would fight for the ban through all judicial authorities. On Thursday morning, it was unclear whether the ban would be overturned or not.

The official reason for the ban of the Corona deniers’ protests was concern about the adherence to the so-called hygiene rules designed to curb the dangerous Corona virus. According to the Berlin Senate, the last demonstration of this kind, on August 1st, 2020, showed that the participants were not ready to wear masks or keep their distance to each other.

Radicals Demand Use of Weapons

In fact, revolting against the state and its Corona rules is the purpose of the ‘Querdenker 711’ movement, which denies Corona exists, and its protests. Not doing what the state tells them to do, for their own protection and that of everyone else, is exactly what those events have been about all along.

Members of the movement want to travel to Berlin and stage their rallies in spite of the ban. According to German-language media reports, an overthrow of the government and the use of weapons was demanded by some ‘Querdenker 711’ radicals on Telegram and other online chat programs.

Apart from the potential for violence and the dangers of not following the Corona rules, another aspect worries the authorities: A lot of Nazis and comparable haters have been taking part in those ‘Querdenker 711’ protests all along. They are using it to spread their anti-democratic propaganda, antisemitism and racism.

In Berlin, the ban was slammed by representatives of the extremist right-wing party ‘AfD’, as expected. Its floor leader at the Berlin House of Representatives, Georg Pazderski, said the Senate had crossed a line. The ban was not justified at all. Nicolaus Fest, the ‘AfD’s chairman in Berlin, stated the Senate had trampled basic rights underfoot. He announced, the ‘AfD’ would stage a protest against the protest ban.

For Berlin’s conservative opposition, the Christian-Democratic Union (CDU), its chairman Kai Wegner said the Interior Senator had been forced to take a difficult decision. Freedom of speech and freedom of assembly were fundamental rights. At the same time there was a pandemic, which was why people’s health needed to be in the focus as well.

Wegner said banning the Corona deniers’ protests had been the right thing to do because the event had been planned as a provocation during which the distance and hygiene rules would have been disobeyed. Health protection was a priority here. Berlin’s CDU, the strongest party in the city state according to the latest polls, rarely agrees with anything the center-left Senate does.

Senator Andreas Geisel announced, the Berlin Police would enforce the ban. Thousands of officers, enforced by Germany’s Federal Police and colleagues from other federal states, will be on duty this coming weekend.

There is not general protest ban in Berlin. The ‘Welt’ daily quoted a Senate spokesperson who said registered counter demonstrations against Corona deniers and other protests would take place.