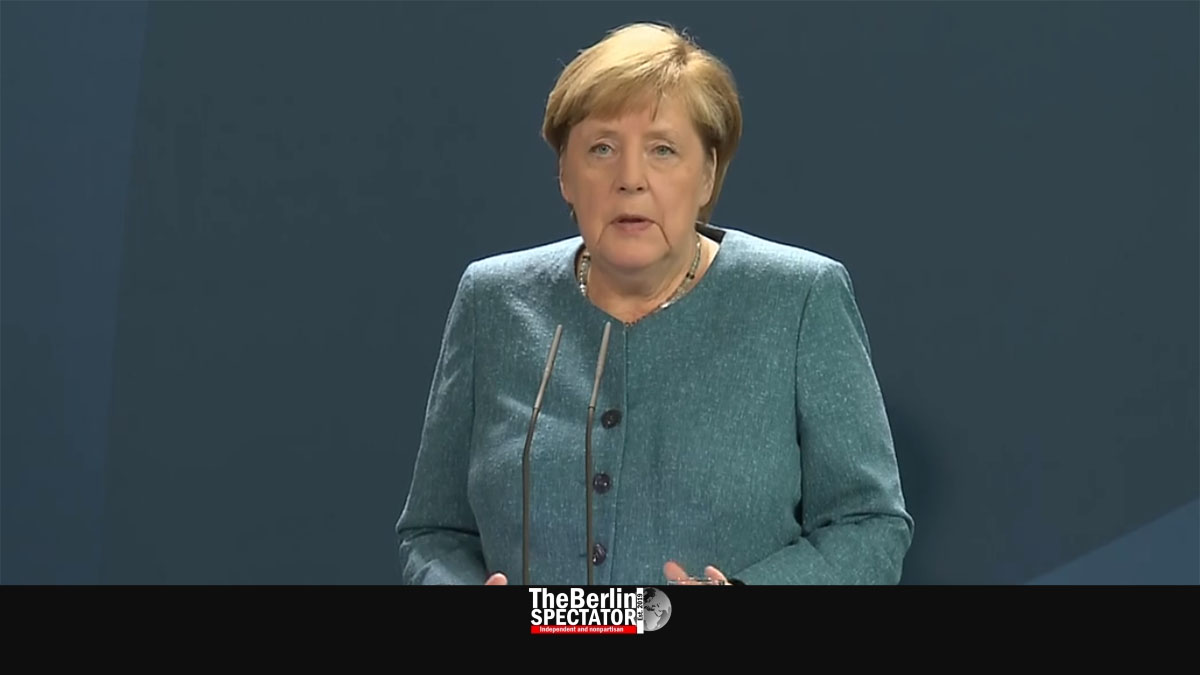 Angela Merkel has condemned what she called “the attempted poison murder” of Alexey Navalny, a Russian politician and Putin critic who is being treated at a Berlin hospital. Earlier today, a lab had verified Navalny was poisoned with the Novichok agent.

Germany’s Chancellor Angela Merkel does not make statements of this kind every day. Hours after scientists at a lab run by the Bundeswehr, Germany’s armed forces, confirmed Alexey Navalny was poisoned with Novichok, a substance developed in the Soviet Union and Russia, she condemned “the attempted poison murder in the strongest terms” and demanded answers from President Vladimir Putin’s government.

‘Victim of a Crime’

“He was supposed to be silenced”, Merkel stated, and had therefore become victim of a crime. “We expect a statement from the Russian government on this matter”, she continued. “This raises serious questions that can — and must — be answered by the Russian government.” The world would wait for the answers, Merkel said in Berlin.

Mrs. Merkel stated the information her government had about the attempted murder was “disturbing”. With the Ministers and her other conversation partners, she had discussed an appropriate reaction. Navalny had become the victim of an attack “with a chemical nerve agent from the Novichok group.”

She said she shared her heartfelt sympathy with Navalny and his family members who were going through a difficult time. “I hope he will be able to recover from this attack”, the Chancellor said in her unprecedented statement.

She stated she had talked to President Frank-Walter Steinmeier “about these developments”. German Chancellors will only discuss very serious cases with the President, who mainly has representative functions, but also the power to dissolve the Bundestag. Steinmeier is also a former Foreign Minister.

According to Angela Merkel, her government informed the caucuses at the Berlin Bundestag and will contact the Organisation for the Prohibition of Chemical Weapons (OPCW) in The Hague on the Navalny matter. She said the Russian Ambassador to Germany had been informed about the result of the lab tests.

Merkel also announced Germany’s partners in the European Union and NATO would be informed. “A mutual, appropriate reaction” would be discussed, she said. The crime against Alexey Navaly contradicted “the fundamental values we advocate”.

Alexey Navalny is being treated at the Charité hospital in Berlin. His doctors said his condition was still “serious”. The poisoning symptoms were declining, but he was still on a respirator at the ICU. Long-term effects could not be ruled out. According to the hospital, the treatment might take a long time.

Navalny had been treated in Omsk after he had fainted on a flight he had taken. The doctors in Siberia had first said he had been poisoned, but retracted that statement later. Somehow, Germany managed to get President Putin’s permission to fly Navalny to Berlin for treatment.

Russia’s main German-language propaganda channel unsuccessfully attempted to play down the matter, by reporting Merkel had commented on the “alleged poisoning”.