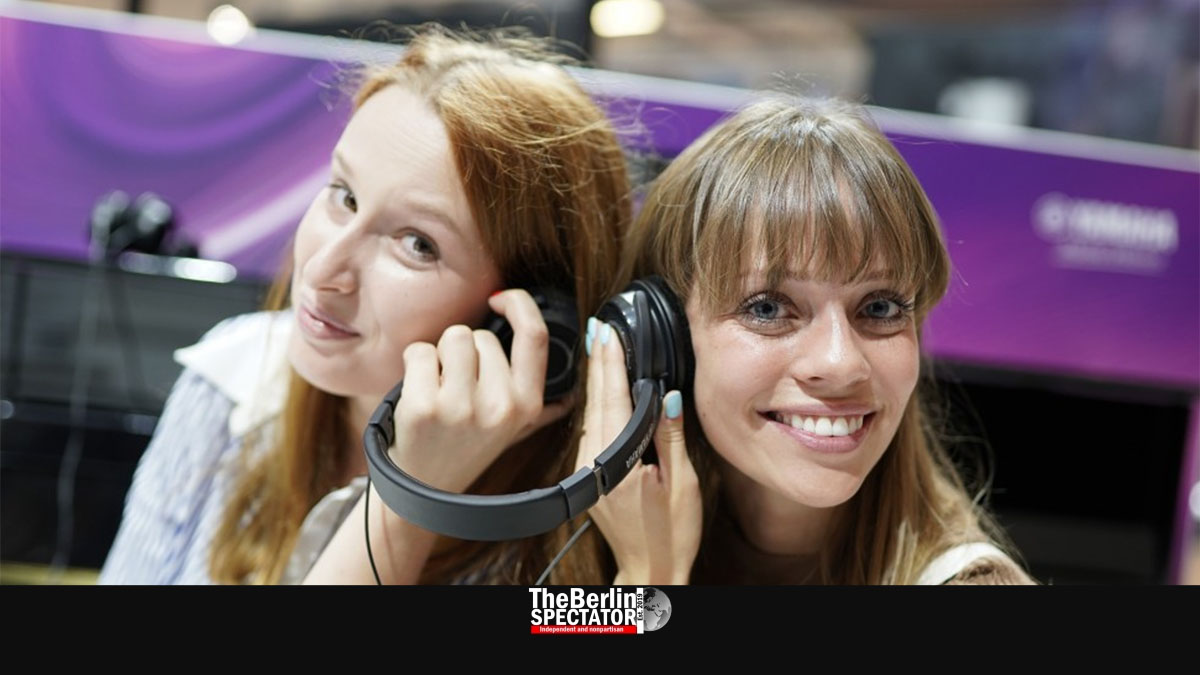 In Berlin, the IFA electronics trade fair is about to showcase fancy electronic devices. Because of Corona, this edition will be somewhat different.

The future has arrived. Proof for this claim will be presented at the IFA, one of the oldest industrial exhibitions in Germany, or anywhere. In the past 96 years, many world firsts were introduced to the public at the IFA. The same applies this time around.

Whatever it is, IFA has it. The latest 5G-capable smartphones with bendable screens? Sure, they are right there. And they are only a fraction of what the fair will show Everyone is coming, from all parts of the world, including the Chinese.

Honor is a brand owned by Huawei, a Chinese electronics giant that literally flooded the world with its smartphones. George Zhao, Honor’s CEO, just announced “an exciting new line-up of products that will improve the health, productivity and entertainment experiences of young people around the world.” Where will they present it? At the IFA. And they are only one of hundreds of exhibitors.

In normal years, as many as 1,800 companies present their products at the IFA in Berlin. The city’s Governing Mayor, Michael Müller, said the 2020 edition of the trade fair would be an important milestone on Berlin’s way back to normality and to economic growth. He said government of the city state of Berlin appreciated the effort the IFA team had put into the endeavor.

Because of Corona, this year’s IFA is known as the IFA Special Edition 2020. It will include an element called ‘Xtended Space’ that will give industry representatives and private visitors virtual access to the fair. The IFA organizers say a newly developed digital platform would be used for this purpose.

‘Xtended Space’ will supposedly set new standards in the field of platforms designed to enable online visits to events. This means, the IFA is making a virtue out of necessity. The Coronavirus epidemic forced the organizers to limit the number of visitors on site. So they came up with a new concept and made it one of the sensations of the fair at the same time.

The new online platform does not only let virtual visitors see the exhibition, but they can also listen to keynote speeches or panel discussions live, take part in conferences or make new contacts with industry representatives. But, of course, it is not the same as taking part physically. “A digital platform can hardly compensate the personal experience on site”, the IFA’s Executive Director Jens Heithecker said. But those who could not be there physically would have the opportunity to experience the IFA virtually, in a way they never had before.

Up to 1,000 visitors per event and day were supposed to be admitted to the ‘real world’ IFA at ‘Messe Berlin’ this time around. They will be able to see all of those new gadgets on site, including a ‘Tele Presence Robot’ designed by GoBe Robots, the eBike EB100 made for bike sharing purposes and all kinds of far out products.

How about data protection for cell phones and car keys? Smart illumination controls and other ‘connected home’ products are being offered too. Novelties galore have always been presented at the IFA. This year is no exception.

It all started a long time ago. The IFA even predates the Federal Republic of Germany. In the Weimar Republic, the first edition began on December 4th, 1924. Headphones were the cool new invention they presented back then, 96 years ago. Yes, it was suddenly possible to listen to opera plays, even when the spouse hated that kind of terrible shrieking. They also introduced radio sets.

The latter became important to the Nazis too. When the last pre-war fair took place in 1939, Joseph Goebbels himself came along to make sure the ‘Volksempfänger’ (‘people’s receiver’) was ready to transmit dictator Hitler’s hate speeches to the masses. His regime was also keen on spreading its propaganda via television, but hardly anyone had a TV set at the time.

From 1950 to 1971, the IFA predecessor, which had a slightly different name, took place in Dusseldorf, Frankfurt, Stuttgart and in Berlin. It switched back and forth. During those two decades, stunning inventions were introduced, including color television.

Then, in the 1970s, when the fair was back in West Berlin for good, the greatest invention since the wheel, called the ‘video recorder’ was presented at IFA. Nobody ever learned to program it, but all those Hitchcock marathons were priceless.

During the next decade, something called Compact Disc became the star of the show, along with satellite TV tuners and DAT recorders for professionals, including radio people. Manufacturers also introduced systems which became flops, such as Beta video recorders, and standards which did not really work. The DVB-T system was too weak to carry TV signals through walls. Only recently, it was shut down and replaced by the DAB+.

While IFA used to take place every two years, it switched to annual trade fairs in 2005. This may have to do with the fact that, in the information age, tech manufacturers outperform each other with new inventions every five minutes. It is hard to keep track.

IFA attracts both dealers and consumers. Last year, in 2019, there were more than 1,800 exhibitors and 245,000 visitors. The English version of the IFA website can be accessed here.