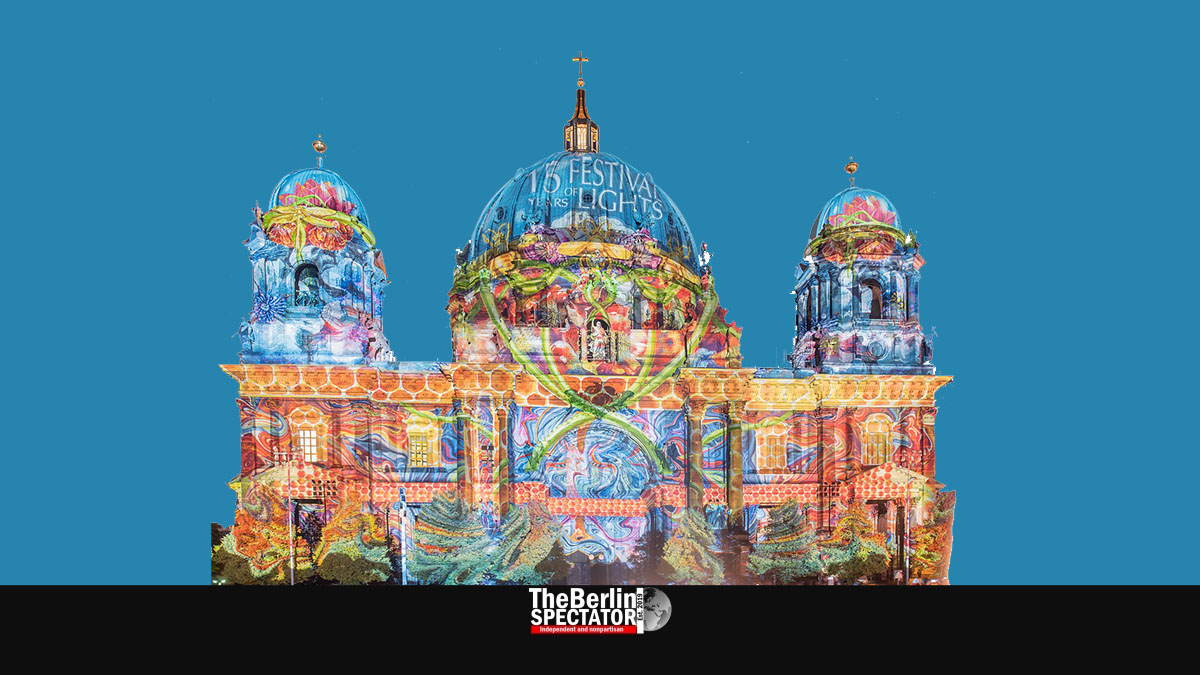 Berlin’s Festival of Lights commences soon. “Together We Shine” is this year’s motto. As many as 90 shining art objects at 86 locations will be presented.

In the German capital, the Festival of Lights has turned important buildings and other objects into pieces of art since 2005. The fact that the event is very successful is no secret. Therefore, numerous other cities have ‘borrowed’ this idea from Berlin by now.

This year’s edition, the 16th one, is special. Not only will it be “an open air light art gallery” that can be discovered during “dreamy light strolls”, according to the organizers, but it can be explored virtually as well, for the first time.

On top of it all, the Festival of Lights (yes, the Germans use this English title to make it sound more global) is supposed to “light a beacon of gratitude, solidarity, unity and coherence” in difficult times in which a virus is turning the world upside down, while haters and dividers are trying to make things a lot worse than they already are.

This year, the Festival of Lights goes local. What this means is that it will be spread all over Berlin. The event will be coming to many neighborhoods. Spreading the whole thing out a little cannot hurt in times of Corona, meaning this approach is no coincidence.

Nowadays, absolutely everything is digital. This trend now includes the Festival of Lights. Glued to their screens, people around the world will be able to watch live streams, “augmented reality” and virtual 3D video shows, whatever that might be. On top of it all, the people behind the festival announced “social media highlights”. Who could resist that?

The Festival of Lights now has a truck which will come to many of the city’s neighborhoods in order to illuminate buildings. This is about “mobile projection art” on wheels. Many artists are involved in the festival. It is all about lights and beauty.

The fact that the festival will probably not have to pay any electricity bill is a big advantage. That is why the organizers teamed up with E.ON. A main sponsor that sells potato chips or bikinis would not have been the right choice here.

‘Together We Shine’, Thirty Years Later

Of course, Berlin’s numerous landmarks will change their appearance during the Festival of Lights, as they are being illuminated from all sides and turned into art. This includes the Victory Column, Brandenburg Gate, the U.S. Embassy next door, Hotel Adlon and even Central Station. The lights will hit it all.

All details about the Festival of Lights in Berlin, which takes place from September 11th to 20th, 2020, from 8:00 p.m. to midnight, can be found on the English version of the event’s official website. Let there be light, folks!