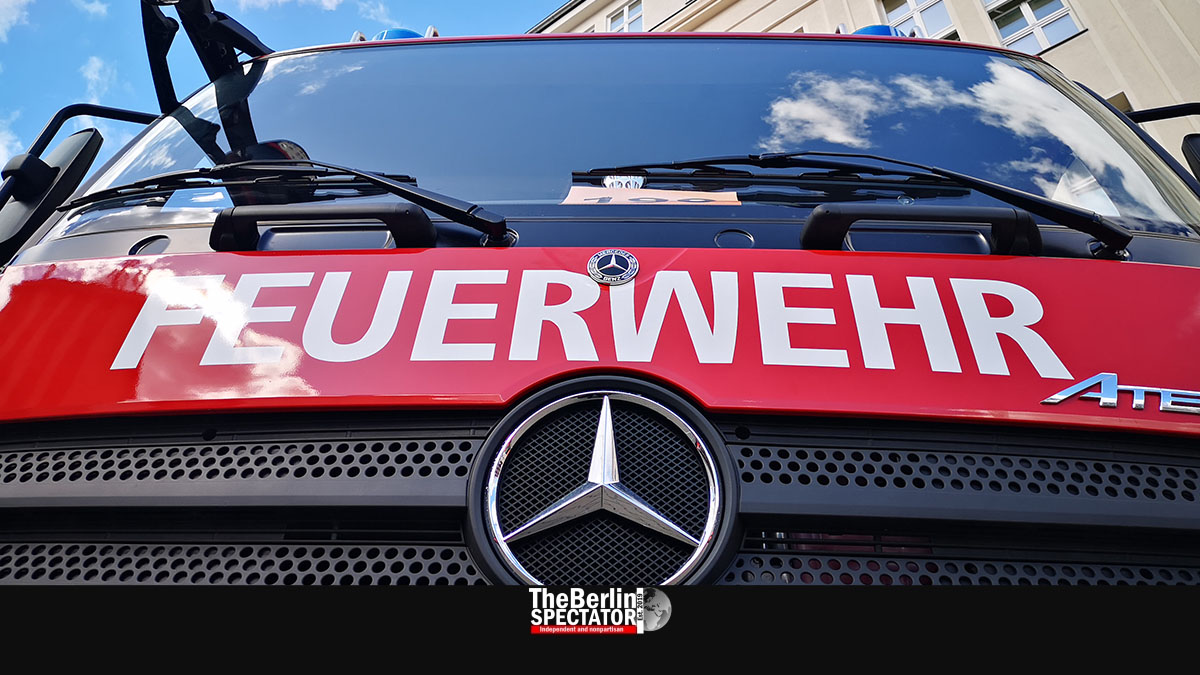 In Germany, the Federal Authority for Civil Protection (BBK) conceded there was a problem on the nationwide Warning Day. The NINA warning app partially failed. In the meantime, Berlin got new fire engines.

Germany is experiencing issues with apps issued by the authorities. There seems to be a pattern. Only weeks after a major problem with the federal government’s Corona App caused headaches in Berlin, the warning app NINA partially gave up on Germany’s first national Warning Day in thirty years.

A warning message which was supposed to reach all users was only received by some. The BBK issued a rather strange statement saying the delivery of many warning messages at the same time had not been expected, even though sending them out to everyone was the whole purpose of Warning Day.

Berlin’s Interior Senator Andreas Geisel said, he was glad the issue had surfaced on Warning Day. That way it had been identified and would be fixed. The responsibility lies with the BKK. In some cases, warning messages were received by NINA users 30 minutes late. An all-clear was sent out another ten minutes later.

Warning messages and signals were supposed to be sent out via all channels. In parts of Germany, loud sirens were heard. But those are a relic from the Cold War. Large cities like Berlin and Munich do not have those anymore, which is why it was rather quiet there.

Some TV channels, such as the ARD and the ZDF, displayed breaking news messages during their programs. They said that Warning Day was taking place. But actual warning messages were not seen via digital cable TV in Berlin. Electronic advertising billboards were supposed to show those message too. And the social media were reportedly integrated. None of the warnings announced were seen or heard by The Berlin Spectator’s staff.

But big ‘presents’ were. At the main fire station in Berlin’s Mitte district, three new and giant fire trucks with stars on their radiator grills were put in service today. They are extinguishers designed to operate in any conditions, including wars and natural disasters. Of course the all-terrain vehicles have a high price tag of 223,000 Euro (264,000 U.S. Dollars or 204,000 Pounds Serling) a piece.

Senator Andreas Geisel handed over the vehicles to Berlin’s Fire Chief Karsten Göwecke. They are Mercedes-Benz Atego trucks that were converted to civil protection vehicles, but they will also be used for regular fire runs. Forty-three more fire engines of the same kind will be delivered in the coming months. Geisel also announced a significant increase of funds for the civil protection authority and Berlin’s fire brigades.

Apart from testing communication channels, Warning Day was supposed to prepare the nation for possible disasters. Alarms the authorities can trigger inform the population about the nature of the emergency along with behavior rules. Possible disasters of the kind that would trigger those alarms include floods, forest fires, weather catastrophes, earthquakes, terror attacks, wars, accidents in nuclear power or chemical plants as well as power and water outages.