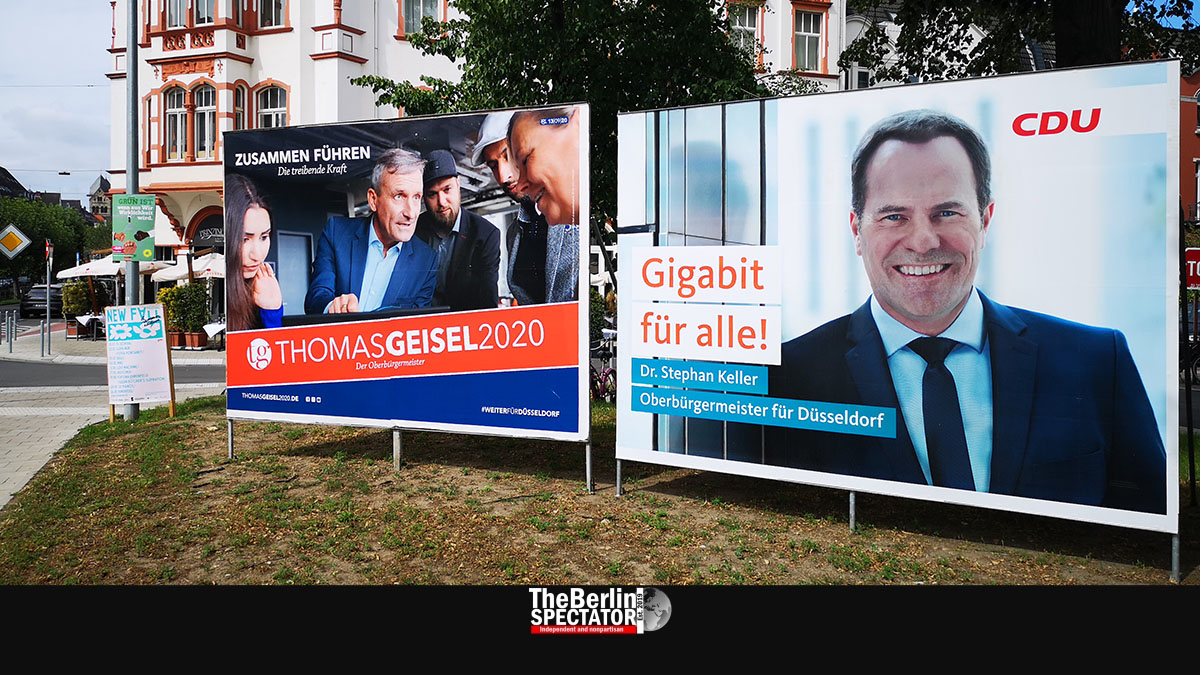 On Sunday, Germany’s largest federal state North Rhine-Westphalia will be holding local elections. According to polls, the two major parties have to expect a beating, while the Greens will become stronger.

In most of the 396 cities, smaller towns and municipalities North Rhine-Westphalia (NRW) has, mayors will be elected on September 13th, 2020. Majority election rules apply. This means a candidate needs more than half the votes to win. Just having more than all other candidates is not enough. County commissioners and city council representatives will be elected as well.

Changes Due to Corona

Run-off elections between the two candidates with the most votes will take place on September 27th, in towns and municipalities in which nobody gets more than half the votes in the first round. In some cities, including NRWs capital Düsseldorf, the upcoming election night will be suspenseful, meaning there are some tight races.

Because of the Corona pandemic, some changes applied before this year’s local elections. Parties had more time to register. Those that are not present in any city councils or parliaments yet were allowed to come up with less signatures than usual for their registration.

Many residents of NRW already cast their votes by mail. Bonn, Cologne, Düsseldorf and other cities reported a record turnout on that end. Two weeks before the elections, one in four residents had already sent in their votes in those areas.

Both the conservative CDU and the center-left SPD will loose votes. This is the outcome of a poll conducted by Infratest Dimap for several dailies in North Rhine-Westphalia. The Greens can expect more votes. In Aachen and Bonn, they might even become the strongest parties in the city councils.

While the SPD’s candidates will likely win in Dortmund and Duisburg, the CDU might score big in Essen and other cities. In Bielefeld and Cologne, close calls are being expected on Sunday. The Greens will probably increase the number of votes they get in the eleven largest cities in NRW, while the SPD might lose in all of them, and the CDU in most of them.

The extremist right-wing AfD is a lot weaker in NRW than in most other federal states. Both the AfD and the far-left ‘Die Linke’ might score around 8 percent in some cities. The liberal FDP is doing well in Düsseldorf, according to the polls, with around 8 percent, but not quite as well in other regions and cities.

Geisel vs. Keller in Düsseldorf

The tightest race of them all is going on in Düsseldorf. First Mayor Thomas Geisel of the SPD and his contender Stephan Keller, a CDU member, can both expect to pull 31 percent of the vote. In the city council, the CDU has the best chances to win. The SPD might only become the third-strongest party there, behind the CDU and the Greens.