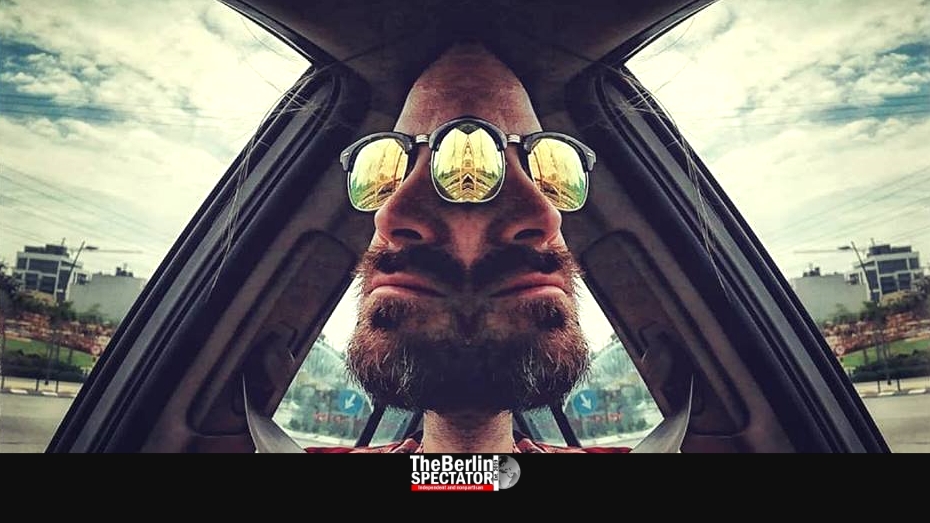 Anton Tal is one of the more creative expats in Berlin. He shoots the city’s buildings, neighborhoods and train stations in order to turn them into futuristic entities that look more than impressive.

Anyone who has taken a ride on the ‘U-Bahn’ (metro, subway, underground, tube) in Berlin knows just how international the city is. Apart from Arabic and Turkish, countless other languages can be heard, including English, Spanish, French, Russian, Bulgarian, Hindi and Hebrew.

Many expatriates in the German capital. the city of cities, use another popular language, an even more global one. It is called creativity. Anton Tal, an Israeli expat who has been living in Berlin for three years with his wife and three small children, must have inhaled creativity early on.

He reinvents Berlin by creating ‘wormhole’ and ‘tiny planet’ pictures. Those are abstract photo compositions he achieves by first shooting truckloads of photos with his DSLR camera. In a more complicated second step called tweaking, he rebuilds the city.

“To me, Berlin is an endless stream of inspiration and discovery”, Anton Tal says. “There is something very natural about the rhythm and flow of it, so much that I often choose a longer route, in order to be able to explore some hidden corner with my camera.”

Anton Tal does make use of his camera a lot: “I take hundreds of pictures a week, most of which are still waiting to be looked at. It’s just that there is so much stuff going on.” Indeed. He definitely came to the right place. In Berlin he is interested in spots “where nature intersects with urbanity, the high life and the low.”

Berlin is not the only place Anton Tal has shot from all angles. He was born in Gomel, Belarus, which was then part of the USSR. At age 6, he moved to Israel with his mother, where they lived for a long time. But they never stayed at one and the same spot.

“Moving is something we did very often, like 60 times”, Anton Tal told The Berlin Spectator. “That is probably why, since I can remember, I found my stability and inspiration in my inner world. This is where my imagination is. Only now I am beginning to rediscover my creative impulse.”

The ‘wormhole’ and ‘tiny planet’ fever got him a few years ago, in 2012. For a while he stopped creating those pictures because tweaking does consume a lot of time. Now he is back into it. Fortunately.