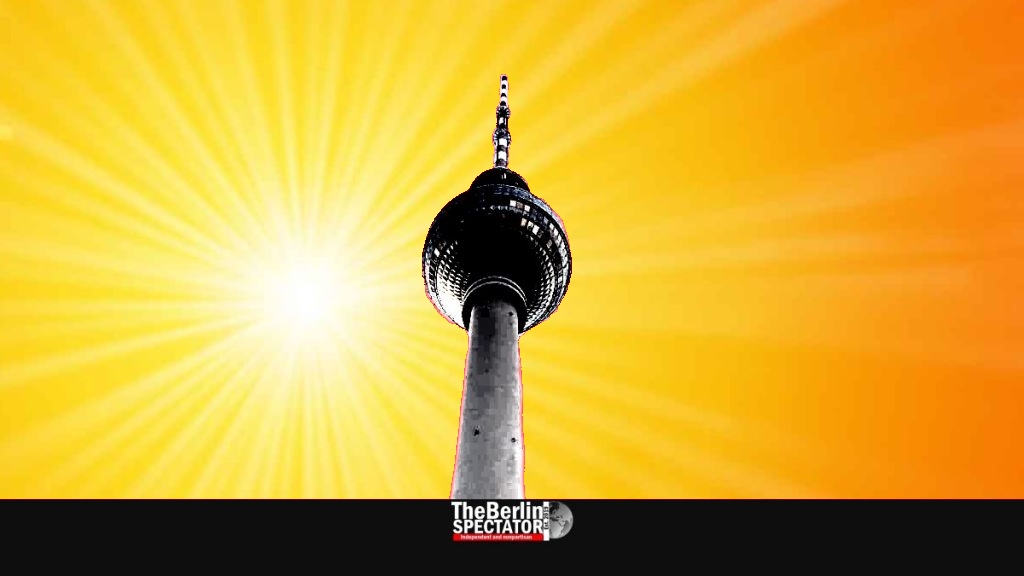 Whoever thought the summer was over should think again. It isn’t. The last heatwave of the year is already on its way, at full throttle.

Bathing suits, inflatable yachts, fake sharks and all other summer utensils people have already moved to their attics and basements will have to be put back into service. When? Right now. That is because this year’s last heatwave is on its way to hit Germany.

In some regions, temperatures will be moderate to warm. In others, residents who do not feel like eating their French fries in public swimming pools, will be complaining about excessive heat yet again. Warmer weather can be expected as early as today.

Munich is in for a few nice days with temperatures between 24 and 26 degrees Centigrade (75 to 79 degrees Fahrenheit) until Wednesday. Thursday will remind Bavarians this is actually September.

In Berlin, residents will be spoiled today, with a lot of sunshine and 26 degrees C (79 degrees F). On Sunday, the weather in the German capital will pretend it is going back into fall mode, just before another increase in temperatures will hit the city.

For Monday, 27 degrees C (81 degrees F) were forecast. On Tuesday and Wednesday, Berliner will definitely be sweating again. Meteorologists are expecting 28 to 29 degrees C (82 to 84 degrees F). But Thursday will supposedly bring back the kind of coolness this month usually spreads.

Western Germany is usually the hottest region in the country. These days are no different. Cologne will reach 31 degrees C (88 degrees F) on Monday and Tuesday, and 29 degrees (84 degrees F) on Wednesday, before Thursday screws it all up with rain at 22 degrees (72 degrees F).

Freiburg, which usually is the hottest city in Germany, will experience slightly lower temperatures, compared to Cologne, but at least the last real summer days will last a bit longer, namely until Thursday night.

Up north, in the beautiful city of Hamburg, the weather is slightly different, which is not a surprise. Today, Saturday, will be wet and windy at around 20 degrees C (68 degrees F), but things will dry up on Sunday. Tuesday is expected to be the hottest day in Hamburg, with maximum temperatures at around 29 degrees (84 degrees F).

All in all, this summer was a relatively hot one, at least in August. Its first three weeks brought a lot of heat. The thermometers in many parts of Germany often showed 35 degrees C (95 degrees F), until wind and rain messed things up in the last week of the month.