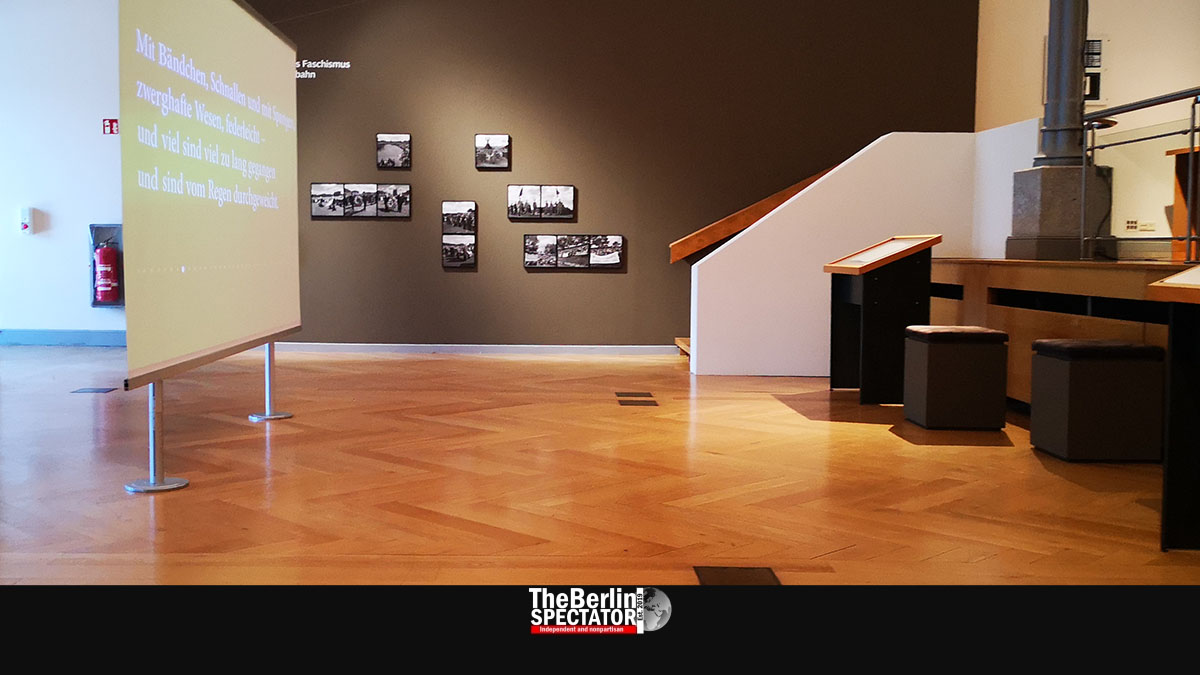 Robert Capa was sent to Germany, which had just been defeated, in the summer of 1945. The sensational photos he shot are being shown at Berlin’s New Synagogue.

In the summer of 1945, Robert Capa returned to Berlin, the city he had fled from years earlier. The Hungarian photographer of Jewish descent found a city in which lust for life seemed to be back just two months after the Red Army liberated it.

One shot shows Capa himself, standing there with Allied soldiers. From the top of Brandenburg Gate, he shot the view on ‘Unter den Linden’ with all of its ruins. At a synagogue in Berlin’s Kreuzberg borough, Capa photographed surviving German Jews and a Jewish U.S. soldier on Rosh Hashana, a Jewish high holiday, in September of 1945.

Capa came to Berlin for ‘Life’ magazine. He used the opportunity to meet his lover, the Swedish actress Ingrid Bergman, but spent most of the time shooting Berlin, which had been the capital of the Nazi Reich just weeks earlier. Now it was finally a free city.

Shooting 600 photos is no big thing today, with all digital possibilities people have. Back then, it was a different story. Capa must have been careful, meaning he may have shot the most important pictures only. Unfortunately, the photos he took of Ingrid Bergman back then, 75 years ago, are lost. But the material the Robert Capa Archive has gathered does deserve the adjective stunning.

Many of the non-Jewish Berliners Robert Capa took pictures of had most likely been Hitler supporters. Still, they seemed to be relieved the war was over. At ‘Femina’, a café in Berlin’s Schöneberg borough, Capa photographed both Soviet and American soldiers who were drinking and celebrating with German ladies.

And he caught a glimpse of Berlin’s black market, where those who had money to spend purchased some old potatoes that were a sorry sight. So was the entire scene. On September 9th, 1945, Capa covered a memorial event for the victims of fascism in Neukölln. He knew he was shooting historic pictures. It was not his first time.

In Normandy, none other than Robert Capa was part of the Allies’ invasion on June 6th, 1944, as a photographer, of course. He risked his life like everyone else. That day, the losses the Allies suffered were unbearable. Capa documented the dying and the beginning of the liberation of Europe.

Medal of Freedom from Eisenhower

After the assignment in post-war Berlin, Robert Capa kept on shooting historic photos. In 1947, he received the Medal of Freedom from General Dwight Eisenhower, who was a future President at the time. On May 25th, 1954, Robert Capa stepped on a landmine in Vietnam. He was killed instantly, at age 40.