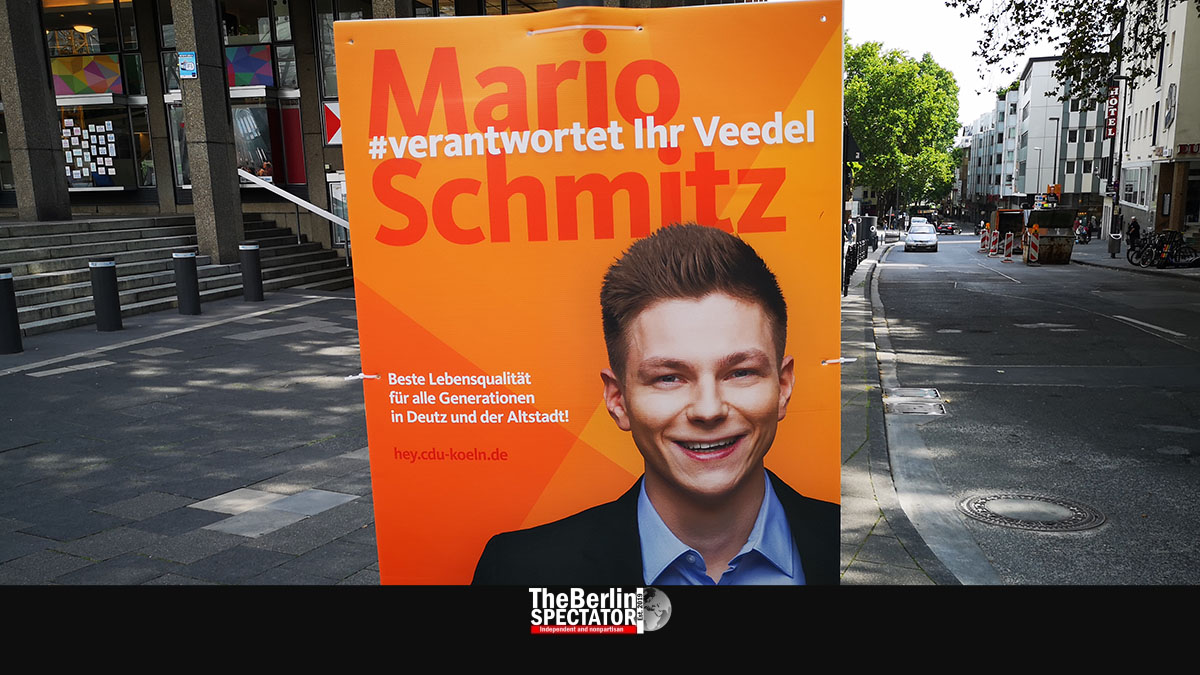 In North Rhine-Westphalia, the CDU won yesterday’s local elections. While the Greens have reason to celebrate as well, the SPD does not.

These days, losing 3.2 percent compared to the last local elections five years ago is positive, from the perspective of a major party like Chancellor Angela Merkel’s conservative CDU. In North Rhine-Westphalia (NRW), the party is being led by First Minister Armin Laschet, who wants to become her successor in 2021.

SPD Gets Worst Result Ever

His party friends at city halls and city councils all over NRW got 34.3 percent of the vote, according to what the Germans call the “preliminary official end result”. The center-left SPD who had been very strong in NRW since the Federal Republic of Germany was founded in 1949, lost 7.1 percent compared to last time and hit the second place with 24.3 percent.

This is the worst result the SPD ever pulled in NRW. It happened in spite of the fact that the party recently named a candidate for Chancellor, namely Finance Minister Olaf Scholz. It looks like his nomination is not helping too much.

The Greens, on the other hand, soared. They increased their 2014 result by more than 8 percent and got 20 percent of the vote. In NRW, the liberal FDP got 5.6 percent and the left-wing ‘Die Linke’ 3.8 percent. The extremist right-wing AfD nearly doubled its share and hit 5 percent.

“I am glad this is a good Sunday”, Armin Laschet said on Sunday evening. This had been the most important elections in Germany this year, he stated. In December, he wants to be elected the CDU’s chairman. Had the CDU lost more, his chances would have decreased.

Runoffs in Cologne and Dortmund

Laschet still has an issue though: His performance during the first part of the Corona crisis was not always convincing. Some commentators in German-language media have said he had destroyed his dream of becoming Chancellor with rather weird statements. For instance, he recently blamed “Bulgarians and Romanians” for bringing the Coronavirus to NRW.

Clear Wins in Bochum and Essen

The situation is Düsseldorf will be resolved on that date as well. First Mayor Thomas Geisel, an SPD member, will be trying to beat Stephan Keller of the CDU, who was a lot stronger in Sunday’s elections. But in Bochum, yet another big city in NRW, the SPD’s First Mayor Thomas Eiskirch managed to fight off his challengers in the first round. He clearly won. So did the CDU’s First Mayor of Essen, Thomas Kufen.

Another runoff will be taking place in Bonn, the former capital of the Federal Republic of Germany. Here, the Green candidate Katja Dörner is trying to beat First Mayor Asholk-Alexander Sridharan of the CDU. And in Wuppertal, the SPD’s First Mayor Andreas Mucke is in for a runoff against Uwe Schneidewind, the candidate for both the CDU and the Greens.

The local vote in North Rhine-Westphalia was this year’s election highlight. A lot more will be happening in 2021 when as many as five federal states, including Berlin, will have state elections. In fall, the Bundestag elections will determine who becomes Chancellor Merkel’s successor. She intends to quit.