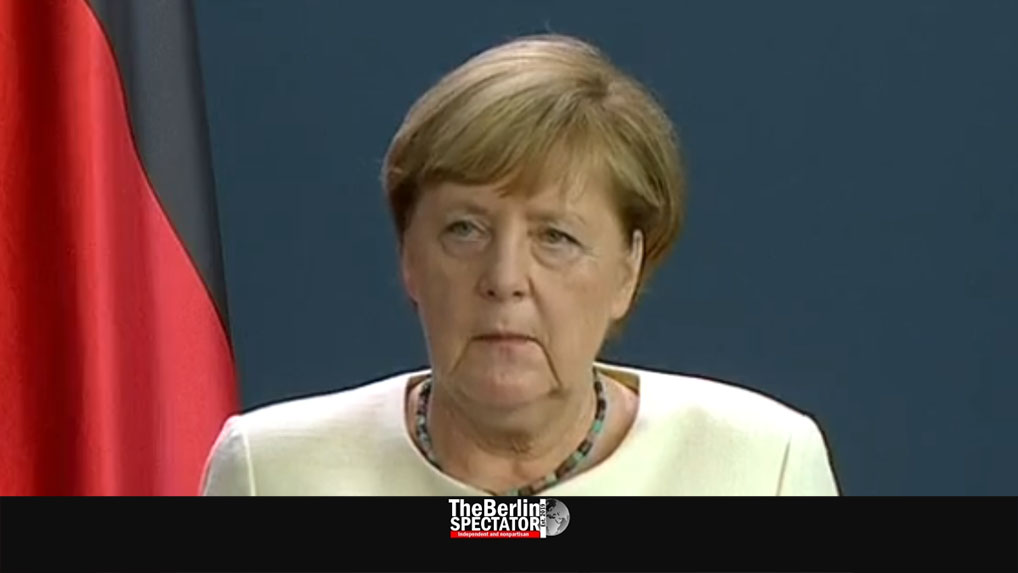 Chancellor Merkel wants Germany to take in many refugees from the Greek island of Lesbos, but there are numerous opponents of this approach. They include Greece’s Prime Minister Mitsotakis.

The discussion about the migrants on the Greek island of Lesbos, who have been homeless since two fires destroyed their refugee camp last week, is continuing. At least for now, Germany’s government is in disagreement about what to do. According to the ‘Bild’ daily, Chancellor Angela Merkel has a plan. But will she be able to implement it, even against the will of the Greek government?

‘Bild’ reports, Mrs. Merkel was ready to take in “more refugees than all other European Union States”. It would be a one-time occasion. The publication says, she also wanted to have Germany build a new refugee camp on site, in Lesbos, which would be “organized” by the E.U.. So far, none of this has been confirmed in Berlin. But there are those who are saying there were too many “one-time occasions”.

An official position will not be announced before Tuesday night. That is when the leaders of the three coalition parties, Merkel’s CDU, its Bavarian sister party CSU and Finance Minister Olaf Scholz’ SPD, are scheduled to discuss the issue again and take a decision.

Last week, Interior Minister Horst Seehofer had said Germany would accept up to 150 unaccompanied minors among the refugees in Lesbos. This position had led to protests in German cities and criticism within the SPD. In Berlin, there are those who want to accept far more refugees from Lesbos, and others who insist on a European agreement on the allocation of migrants first. But since the refugee crisis in 2015, the E.U. has obviously not been able to strike an agreement of this kind. This definitely is a European problem.

It is not about party affiliations anymore. A few years back, the CSU almost ended the coalition because it was against taking in refugees. Angela Merkel’s decision to let hundreds of thousands of migrants come to Germany did not only lead to what the Germans call a “coalition crisis”, but also to a strengthening of the extremist right-wing party AfD, even though the Chancellor did not really have a choice back then.

Today, even CSU members like Development Aid Minister Gerd Müller want to accept more refugees than the 150 their party friend Horst Seehofer was talking about. Markus Söder, the CSU’s chairman and First Minister of Bavaria who might want to become Merkel’s successor at the Chancellery next year, was known as a hardliner on the question of refugees. Now he believes Germany should take in far more refugees, as he told ‘Bild’.

The Germans are generally torn on the question of refugees. According to polls, almost half the population believes more migrants from Greece should be brought to their country. The rest is either not sure or against accepting any more refugees.

Whatever the coalition partners in Berlin might come up with on Tuesday night, they will have to convince Greece’s Prime Minister Kyriakos Mitsotakis. Up to now, he does not want any refugees to leave Lesbos. His position is that if any of them are being taken in by Germany or other E.U. partners, burning down refugee camps might become a strategy among migrants.

According to Greek media, Mitsotakis said there was no doubt the Moria camp had been burned down by “hyperactive refugees and migrants” who had wanted to blackmail his government. Athens wants other E.U. states to accept refugees whose asylum applications have already been approved and who are accommodated in mainland Greece.

What all of this means is that even if Mrs. Merkel gets her way, her colleague Mitsotakis might thwart her plans. While thousands of refugees in Lesbos urgently need help, the situation remains complicated. Whether anyone will actually help the migrants, and how exactly this might happen, is still unclear.