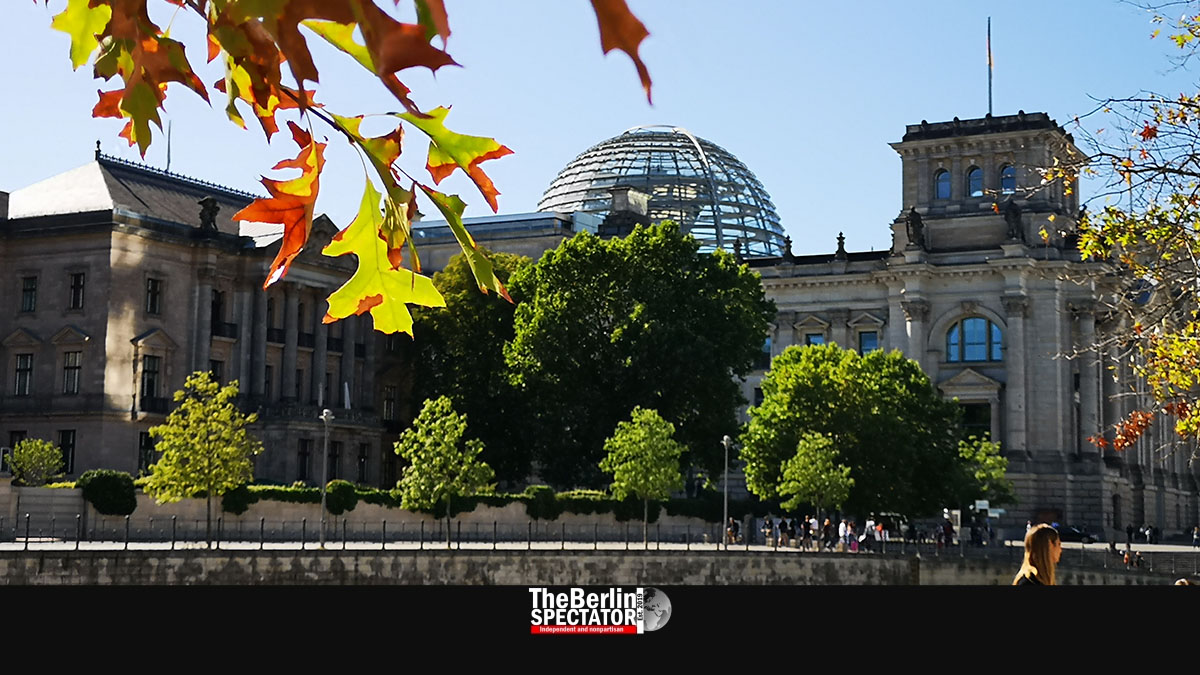 Beauty is usually in the eyes of the beholder. In this case, it is obvious. Especially in fall, Berlin is stunningly pretty.

Do you remember the 21st night of September? Well, Earth, Wind & Fire do. There is a fact nobody has the right to deny: The fall season just commenced. Get those cameras out. That’s an order.

It’s like somebody photoshopped Berlin in order to make the city more attractive than it is anyway. The word ‘beauty’ seems to be written all over the German capital. In Choriner Strasse, residents enhanced their neighborhood’s look further, by putting up countless little pennants. But even without little extras, the city is pretty as hell.

Everything, including the remainder of the grey Berlin Wall and those ugly watchtowers that were used by GDR border guards until 1989, can look very attractive when the colors of fall are being added. In this case, our reporter cheated by recklessly tearing a nice leaf off a tree and holding it into the photo. This shot was taken at the Wall Memorial located at Bernauer Strasse, with a Chinese-made cell phone camera.

Completed in 1894, the Reichstag went through a lot, including the fire on February 28th, 1933, the bombing raids and the liberation in 1945, when Red Army soldiers put up the Soviet flag on top of the damaged building once the Allies had defeated Nazi Germany. After Germany’s reunification 30 years ago, the parliament moved back into it.

On Saturday, it was easy to shoot a seasonal photo of the Reichstag, using the leaves on the trees located at its north-western corner. What this shot says is that Berlin has been united, open and free for 30 years, and that it is more than attractive.

‘Full of Light and Color’

Even more beauty can be identified and shot by kneeling down on a bike lane on ‘Hasenheide’, a street in Berlin’s Kreuzberg borough. Between the intersections with ‘Fichtestrasse’ and ‘Körtestrasse’, a nice little chestnut fell on the ground on Saturday. Then it suddenly became a highly paid photo model.

Let’s close this one with a quote by John Burroughs, an American essayist who lived from 1837 to 1921: “How beautiful the leaves grow old. How full of light and color are their last days.” The man was right.