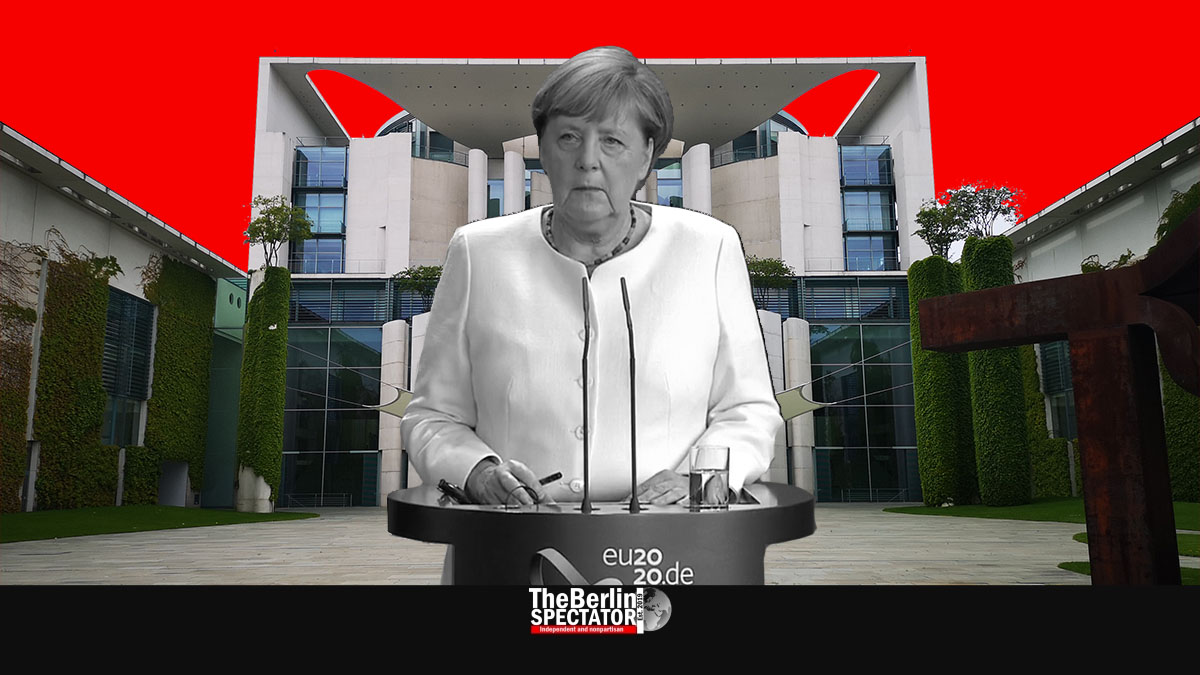 Because the spread of the Coronavirus is picking up speed again, Angela Merkel and the First Ministers will discuss the situation next week. Health Minister Jens Spahn introduced Germany’s Corona strategy for the fall and winter.

On Monday or Tuesday of next week, depending on the source, Chancellor Angela Merkel and the First Ministers, First Mayors and the one Governing Mayor from Germany’s sixteen provinces and city states will be discussing the implications of the worrisome Corona situation via a video connection, according to several German-language media.

Thousands of Schoolkids in Quarantine

The online meeting was announced to the heads of the state chancelleries by Mrs. Merkel’s Chancellery Minister Helge Braun. Before, Bavaria’s First Minister Markus Söder, who might want to succeed Angela Merkel as Chancellor next year, had demanded such a meeting because of the deteriorating Corona situation.

On Söder’s own turf, in Bavaria, as many as 8,800 schoolchildren and 771 teachers are in quarantine right now, because they were in contact with persons infected with Corona, according to the Bavarian Education Ministry. A total of 343 students and 48 tested positive so far. There are a total of 1.65 million students and 150,000 teachers at Bavaria’s primary and secondary schools.

Germany to Use Rapid Corona Tests

Further north-west, in North Rhine-Westphalia, almost 7,000 schoolkids and 580 teachers are reportedly in quarantine. As many as 238 students and 46 teachers had tested positive for Corona by Sunday, according to the local health authorities. In other regions in Germany, the situation looks similar.

In Berlin, Federal Health Minister Jens Spahn announced, Germany would use rapid Corona tests in fall and winter. That way, visitors at homes for the elderly could be tested on site. Infections would be prevented this way.

Situation at Hospitals ‘Under Control’

Spahn wants to have health centers established that specialize in respiratory diseases, and outpatient clinics that treat patients with high temperature. Both are potential Corona symptoms. That way, patients of these kinds could be kept away from others, Spahn stated, and more Corona infections could be prevented. He also said the situation at Germany’s hospitals was under control right now, in spite of the rising numbers.

Minister Spahn conceded that the “dynamics” in Europe, and especially in Germany’s neighboring countries, was worrisome. In the Netherlands. more than 2,000 new infections were reported most recently, just like in Germany, a country with about five times as many inhabitants. In France, 10,000 to 13,000 new Corona cases per day were registered.

In Munich, where the situation is serious as well, a mandatory mask rule is supposed to be introduced for public spaces at which the distance rule cannot be adhered to because of the presence of many people. The contact restrictions in Munich will be tightened too. Berlin’s district ‘Friedrichshain-Kreuzberg’ reported high numbers of new Corona infections as well.