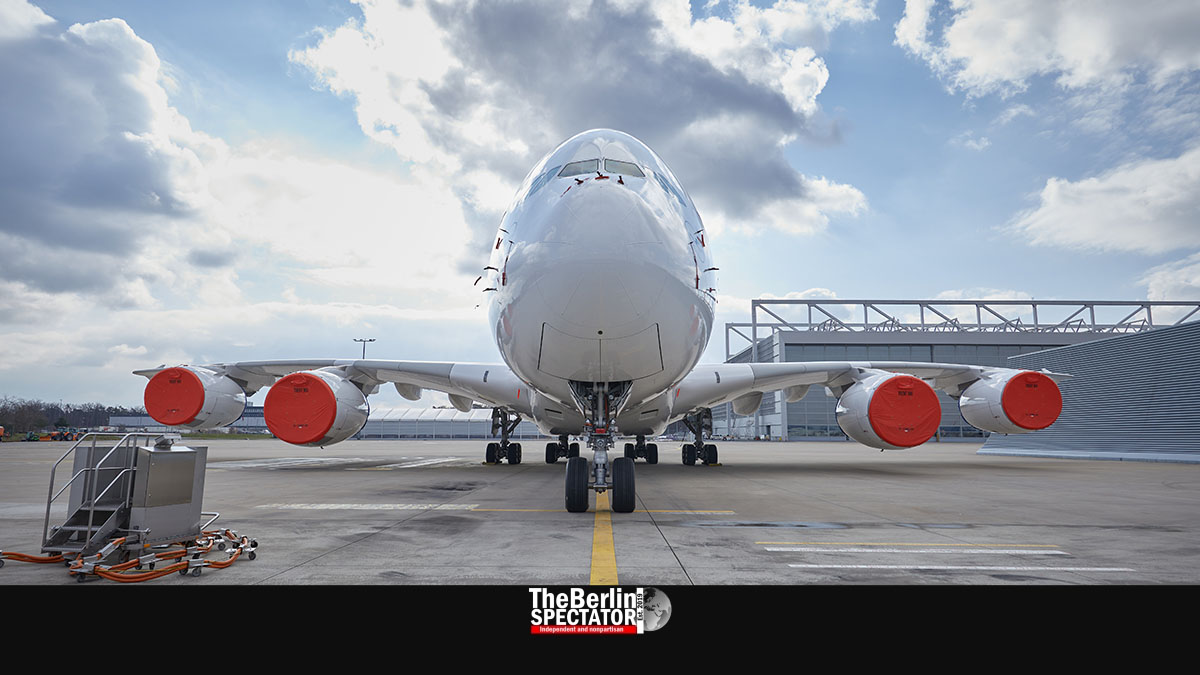 Because of Corona, Lufthansa is forced to downsize both its fleet and its staff even further than anticipated. The announcement sent the Lufthansa stock into a dive.

The Corona pandemic is hurting Lufthansa more than the company had hoped it would. Closed borders, travel restrictions, increasing infection numbers in many countries and the collapse of intercontinental air traffic have implications.

Once this year is over, Lufthansa, its main brand of the same name and its subsidiaries Austrian Airlines, Brussels Airlines, Eurowings and Swiss will have operated about 30 percent of the flights they had in 2019, which is why Lufthansa Group as a whole is stalling like a Boeing 747 that is trying to climb with one overheated engine, in spite of the 9 billion Euro (9.87 billion U.S. Dollars or 8.09 billion Pounds Sterling) it got from Berlin.

In this situation, Lufthansa says at least 150 of its 760 aircraft will be grounded for good. This includes almost all planes propelled by four engines, namely the Airbus A380 and A340 giants. If those aircraft cannot be returned to Airbus, they will be mothballed. At this stage, they are parked at the airports in Frankfurt and Munich, which costs a lot of money as well. Up to now, Lufthansa had wanted to get rid of 100 aircraft only.

So far, the cancellation of 22,000 full-time jobs had been announced. Now, that number will increase further. In summer, Lufthansa had hoped to be able to operate half the flights it had last year until the end of this one. Now they know this goal will not be reached, which is why the outlook and everything else had to be corrected.

Freight flights are the only business area Lufthansa makes some money with. In late March, when the semi-lockdown kicked in and many countries closed their borders, the world’s flight traffic collapsed almost completely. In Germany, it was 1 percent of what it had been a year before. Since the anti-Corona measures were eased, the growth was slower than anticipated.

Lufthansa Group is the largest air transport corporation in Europe. In order to decrease its losses of 500 million Euro (588 billion U.S. Dollars or 459 billion Pounds Sterling) per month, it needs to shrink quickly. For instance, the company intends to vacate a lot of office space it is renting. At the same time, it will finally have to reimburse tens of thousands of people who had purchased tickets but could not fly because of Corona.

The 9 billion Euro aid package Lufthansa received earlier this year included a gigantic loan by the state-owned KfW Bank. Also, the Federal Republic of Germany became the biggest shareholder, by acquiring 20 percent of Lufthansa Group. When the latest downsizing program was announced on Monday, the Lufthansa stock took a hit, stalled and lost 8 percent of its value.