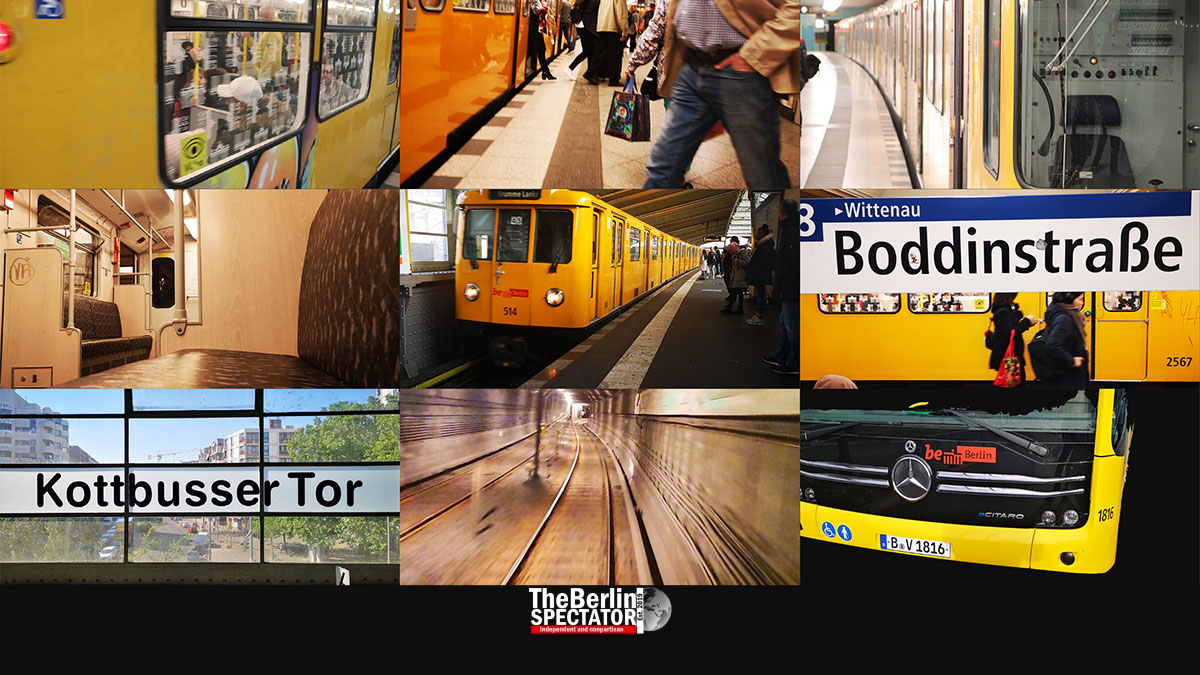 The Verdi Union has asked members employed by Berlin’s main public transport provider BVG and the city cleaning company BSR to take part in a strike. The big question is whether this is the right moment for walkouts.

Nijmegen, September 27th, 2020 (The Berlin Spectator) Update: Berlin, September 29th, 7:43 a.m. CEDT — More chaos in Berlin, in a situation that is already difficult, is the likely consequence of warning strike on Monday and Tuesday. Verdi, a large German union, is not happy with the Association of Municipal Employers’ (VKA) position. A union representative told the RBB radio and television network, the VKA had rejected negotiations about a general agreement on pay grades.

‘Strike is the Only Way’

After 20 years of cutbacks, the breaking point for the employees had been reached, Verdi’s Vice Chairlady Christine Behle was quoted saying. The fact that the employers did not even want to negotiate was a position that ridiculed the employees. A warning strike was the only way.

The employers, on the other hand, said Verdi had recalled a labor agreement reached last year. The latter had included wage increases for the BVG’s employees with an annual volume of 102 million Euro (119 million U.S. Dollars or 93 million Pounds Sterling). On top of it all, the strike would jeopardize the passengers’ health.

According to the BVG, Berlin’s trash collection will be on strike on Monday. What this means is that the trash pick-up will be delayed. On Tuesday from 03:00 a.m. to noon, the BVG will be affected. Neither trams nor buses or the ‘U-Bahn’ (metro, subway, tube) train system will be working.

Berliners who need to use public transport will have one option left, namely the ‘S-Bahn’ trains that are being operated by Deutsche Bahn. A traffic chaos, at least in parts of Berlin, is a foregone conclusion. Countless public transport companies in neighboring Brandenburg will be affected by Verdi’s warning strike as well.

For Verdi, Jeremy Arndt said the union knew that the strike would lead to inconveniences for passengers. But, because of the “blockade mentality” on the employers’ side, there was no alternative to a warning strike.

While Verdi says the dates for their warning strikes would always be announced on time, the BVG disagrees. The company says it did not have the time to prepare for anything. The fact that passengers would only have the ‘S-Bahn’ on Tuesday was upsetting and dangerous, because of the Corona pandemic.

Berlin is a Corona hotspot. The numbers are rising. Even on regular days, the German capital’s public transport is usually crammed, meaning passengers are forced to be rather close to each other. Some Corona deniers refrain from following the mandatory mask rule. The strike might indeed lead to a deterioration of a situation that is already tense.

There is another aspect: Because of Corona, the fiscal revenue of German cities like Berlin will decrease substantially in the coming years. That is why the German Association of Cities and Communities said walkouts were “the wrong way to go” right now.

What Verdi is fighting for is a new labor agreement that applies for public transport employees and staff employed by state-owned companies in all of Germany for one year. In Berlin, parts of the BSR already went on a warning strike on Friday. Those walkouts affected the on-site bulk garbage collection.

Representatives of Berlin’s center-left government coalition said they understood Verdi’s position but, because of the situation, the union had to act with a sense of proportion. Parts of the opposition slammed the warning strike plans in a time in which people were fighting for their professional existence.

Verdi demands a 4.8 percent increase of wages for employees of companies owned by the state and municipalities all over the country. The union also wants an alignment of the wages in the eastern part of Germany, the area of the GDR that ceased to exist 30 years ago, almost to the day, and those in the western part.

The employers reject the idea. Their main problem is not the increase the union demands, but the short duration for the labor agreement it insists on. Nobody on the employers’ side wants to be back at the negotiating table in a year from now.

The next round of negotiations is scheduled for October 22nd, 2020. More warning strikes or even longer walkouts cannot be ruled out.

As the BVG announced on Monday, all lines operated for the company by private companies will be in service on Tuesday. The same applies to the following bus and night bus lines:

The BVG’s ferries will be operational as well.

Other cities that will be affected by the warning strike include Hamburg, where buses and ‘U-Bahn’ trains will be in service after 12:00 noon, Bremen, where the strike will last 24 hours, Frankfurt, Wiesbaden, Kassel, Karlsruhe, Baden-Baden, Aschaffenburg, Augsburg, Coburg, Munich, Regensburg and Würzburg.

Verdi members among the employees of the Charité and Vivantes clinics in Berlin were going to take part in the warning strike too. In these cases, the walkouts were going to last for two days.