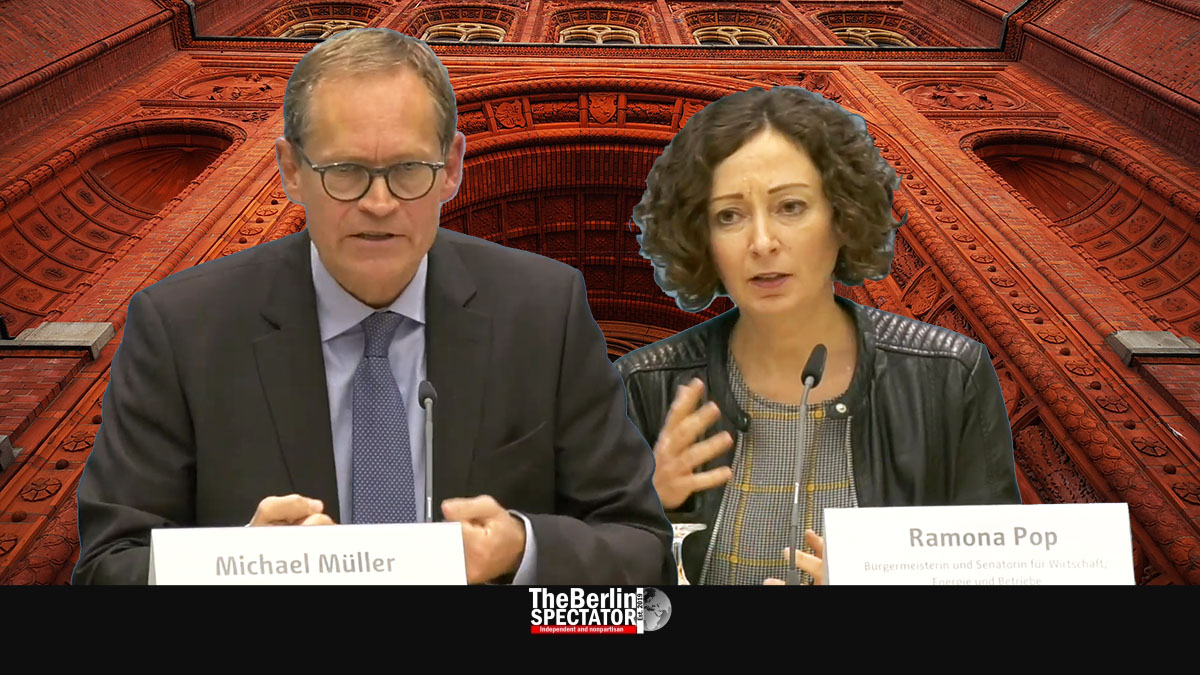 Berliners will have to wear masks at their offices soon. And the number of guests at private parties will be limited, due to the increasing Corona numbers.

Berlin, September 30th, 2020 (The Berlin Spectator) — Soon, employees at private and state-owned companies and civil servants in Berlin will need to wear masks at the office. This is the Senate’s reaction to the rising number of Corona infections in the German capital. The new rule will be in place as soon as Berlin’s official publication announces the change.

Berlin is one of Germany’s Corona hotspots. In some districts, including ‘Mitte’, the Seven Day Incidence Number is a lot higher than it should be. In the entire city, it stood at 28.9 on Tuesday night. The first alarm bell starts ringing at 35. All of them ring at 50. But today’s level already justifies stricter rules, according to the Senate.

On Tuesday, Berlin registered 173 new Corona infections. Eighty Corona patients are being treated at the city’s hospitals, 24 of them in intensive care units. The total number of Corona cases in Berlin, since the Corona pandemic started in January, stands at 14,499. As many as 228 persons have died of COVID-19.

After a meeting Chancellor Angela Merkel conducted with the First Ministers of all sixteen federal states, including Berlin’s Governing Mayor Michael Müller, he was praised by both Merkel and Bavaria’s Markus Söder, for contributing a lot to their agreement on a ‘Corona hotspot strategy’.

Müller’s own press conference took place afterwards. It included Berlin’s Commerce Senator Ramona Pop and Culture Senator Klaus Lederer. Senator Pop was the one who announced the new mask rule at offices. The latter does not apply while people work at their desks, but only when they move around or hold meetings.

Ramona Pop stressed Berlin was in a special situation because it was a major city. The same applies to Munich, where the Incidence Number was higher than in Berlin. Berlin needed to make sure there would not be a new lockdown. That was why restrictions had to be implemented ahead of time. The increase of Corona numbers in fall had been expected.

Governing Mayor Müller stated it was imperative for the Senate to react to the infection situation in a resolute way. That was why people who filled in inaccurate contact data into the mandatory contact lists for guests at restaurants, cafés or pubs needed to be fined. The lists are supposed to help the health authorities track down guests in case of local Corona outbreaks. Müller said not only guests could be fined, but also restaurant owners who did not check whether the names and other data on those lists were credible.

Müller also announced rapid Corona tests for employees at homes for the elderly and hospitals. So far, the time it takes until Corona tests lead to results has caused problems, especially in facilities of this kind.

The Berlin Senate also decided to limit the number of participants of private events or parties to 50 outdoors, or 25 in buildings. With this decision, the city state of Berlin is stricter than the Federal Republic of Germany, at this stage.

“We have to deal with this situation prudently”, Michael Müller said at the press conference. He stated it would be disastrous if what had been achieved would be lost because of impatience and improvidence, and to have a situation that was out of control.