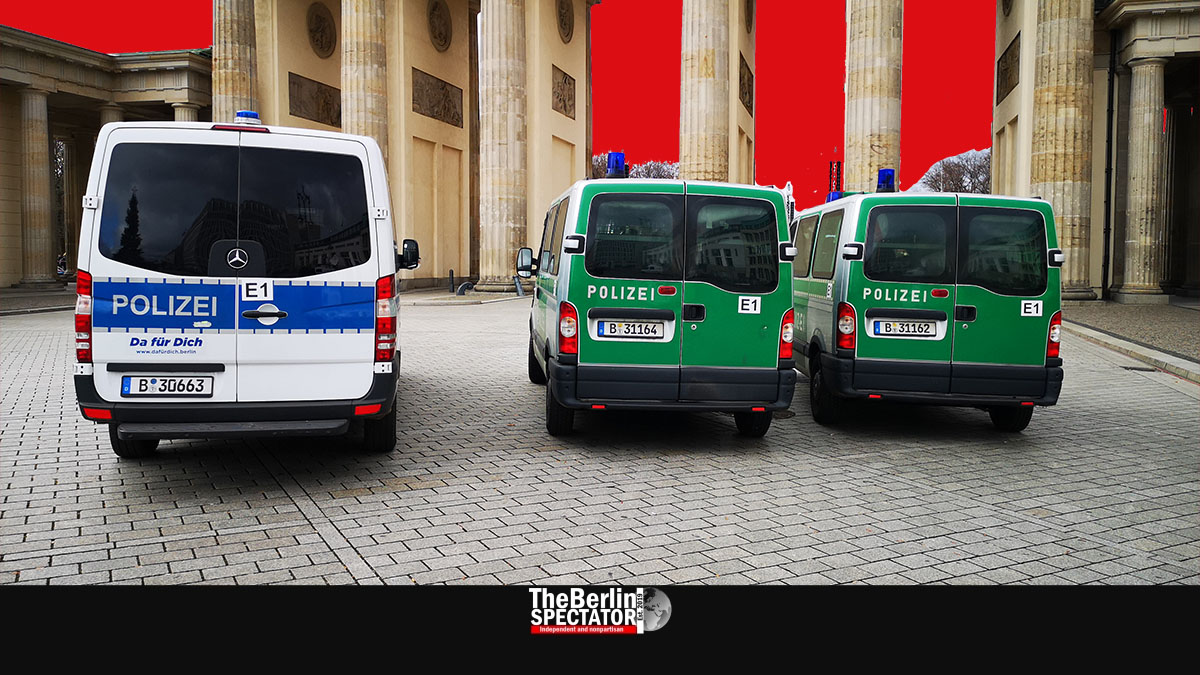 Berlin, October 1st, 2020 (The Berlin Spectator) — Releases from the press department at the Berlin Police headquarters in Berlin’s Tempelhof district usually do not come in this early. And when they do, they are usually about accidents and crime in the streets of Berlin. On Thursday morning, one of those statements dealt with the Berlin Police itself.

‘No Room for Racists’

Even before the statement said why exactly it was being sent out, the authors assured its recipients that “we always communicate in an open and transparent way whenever there are racists in the Berlin Police”. They even used the politically correct female and male forms of “racists” in German and reiterated there was no room for racists in their midst.

The Department said it actively fought against racism among its officers. Just weeks ago, on August 5th, 2020, Berlin’s Interior Senator Andreas Geisel and Police Chief Barbara Slowik had introduced an extremism prevention plan. It includes prevention, reliability checks, an anonymous reporting system and the appointment of an extremism coordinator.

A major scandal made the Police Department publish its statement this morning. It also initiated criminal proceedings immediately. Just like in the federal states of Hesse and North Rhine-Westphalia, Berlin Police officers, twenty-five of them, were part of a chat group in which they shared racist and extremist right-wing content, according to the ‘Monitor’ magazine on ARD television.

The broadcast reported, the members of the group had called refugees “rapists” and “rats”. Islam was referred to as “fanatic culture of primates”. The most alarming aspect of them all might be the fact that the police officers involved called neo-Nazis “possible allies”.

‘Monitor’ reported, the chat group had seven core members who had posted most racist comments, which had often been built into what they called “jokes”. Their colleagues had often agreed with those posts. The ARD managed to obtain several years of chat protocol.

A superior of those 25 chat group members knew what was going on, according to the TV magazine. But instead of stopping it and reporting the officers, he just told them to refrain from posting content that could be legally incriminating. They obviously failed to follow his order.

Senator Geisel already reacted by saying this kind of behavior, should it be confirmed, was “absolutely inacceptable”. This had “nothing to do with a modern, open-minded capital police”. The Police Department said it was unbearable to have colleagues “who think they are superior because of their origin, and damage the reputation of an entire federal state.”

The Department announced it would confront those colleagues who rejected the values that were part of the constitution with all legal means available, including firing them.