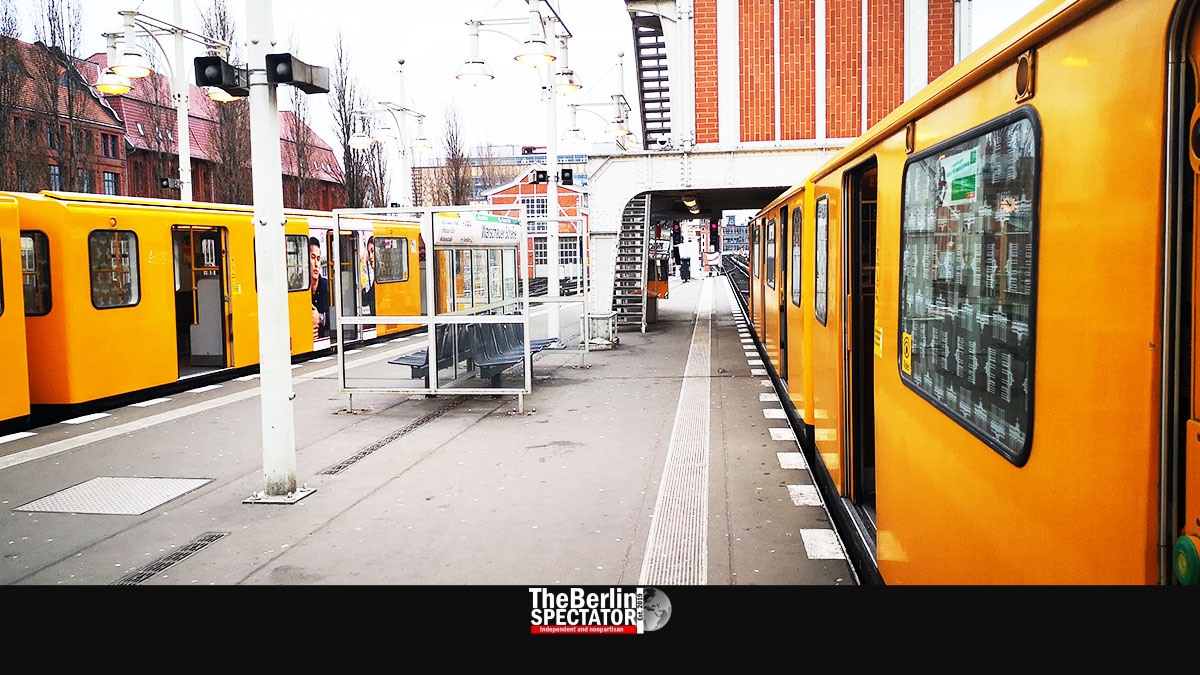 Because of a new warning strike at the BVG, Berlin’s main transport provider, and due to issues with the ‘S-Bahn’ train network run by Deutsche Bahn, Berliners will have to expect another day of chaos on Friday.

Berlin, October 7th, 2020 (The Berlin Spectator) — The Verdi Union called for walkouts for an entire day on Friday. Their warning strike is supposed to increase the pressure on the employers. It is scheduled to commence at 3:00 a.m. on Friday and last until the same hour on Saturday. Berlin’s ‘U-Bahn’ trains, trams and most bus lines will be affected. In neighboring Brandenburg, the walkouts will last until noon only.

Because of a sabotage act against the ‘S-Bahn’ train network, which is not affected by the strike, it looks like the ring line around Berlin will still be interrupted on Friday, meaning the ‘S-Bahn’ may not be the reliable alternative it usually is in these situations. Radical left-wingers connected to the squatter scene seem to be responsible for the sabotage. They also attacked a police station with stones and color bombs last night.

The union says there was an excessive work load right now which caused many sick calls. Those led to the suspension of services on a regular basis. While the number of BVG employees had decreased by 18 percent within the past 20 years, the number of passengers had risen by 25 percent.

Ahead of another warning strike on Tuesday of last week, the Verdi union had said it wanted to change the “blockade mentality on the employers’ side.” The organization also wants a new labor agreement with increased salaries for employees of state-owned companies all over Germany. And they insist on an alignment of the wages in the eastern part of Germany and those in the west.

The BVG, on the other hand insists the warning strike would take place at the wrong moment. Berlin is a Corona hotspot. Just yesterday evening, the Senate announced a semi-curfew, an alcohol ban at night and new contact restrictions that are almost as strict as the ones that had been in place in March and April, during the first big Corona wave.

According to the employers, the passengers will be subjected to “an unnecessary health risk” because of the walkouts. What they mean is that more Berliners might have to squeeze into crammed ‘S-Bahn’ trains because there will not be too many alternatives.