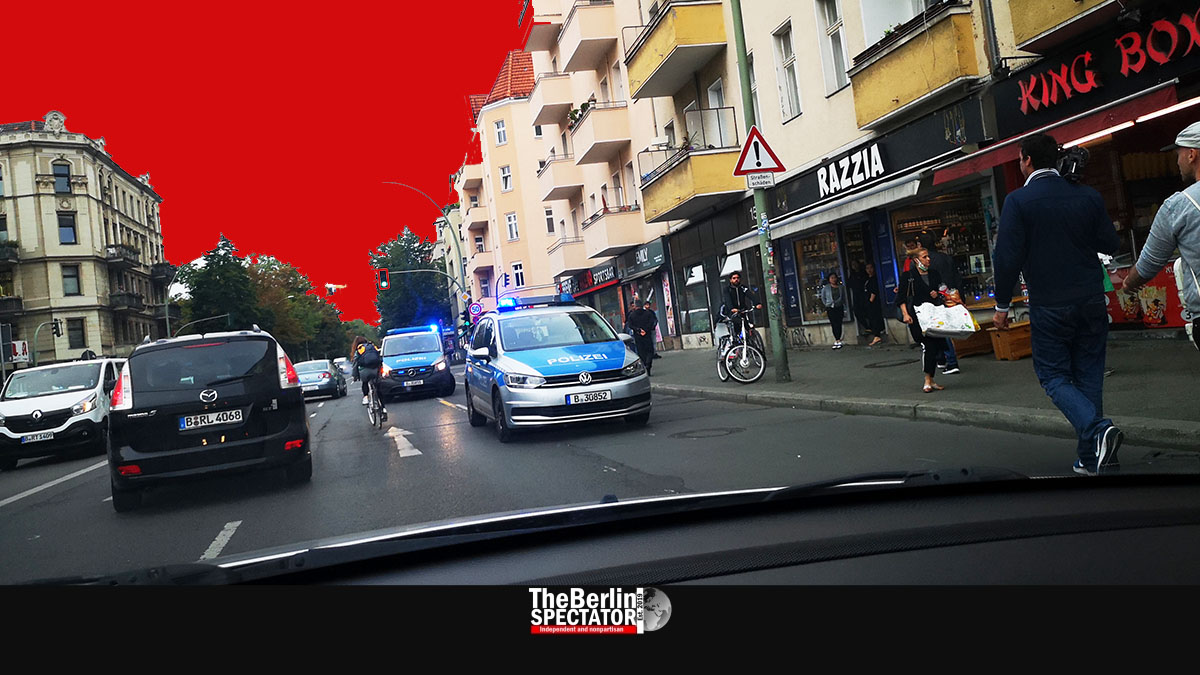 We are Berlin. Yesterday, we were the vibrant city with truckloads of culture, delicious food and mostly nice people from all over the world. Now we are the forbidden city everyone avoids and criticizes. What in the hell happened?

Chancellor Angela Merkel was born in Hamburg, grew up in Templin, some tiny place in the GDR, and studied in Leipzig when the Wall was still standing. Now she is a Berliner since she has lived here forever. “Something will have to happen in Berlin”, the German head of government said the other day. She meant the Senate needed to intensify the fight against Corona. Oh, really?

On the same day, her Health Minister Jens Spahn, another Berlin resident, complained about a restaurant he went to, where they supposedly looked at him in a weird way because he was the only guest who wore a mask. And he criticized Berlin too, by saying more needed to be done.

Who in the hell do they think we are? Is Berlin-bashing the new valve they need to get rid of their frustration about Corona? Guess what: Berlin is sick and tired of this damned virus just as much as you are, Minister. Can you dig it? Give us a break, Sir.

Berlin is not some cowshed in Ahaus, that village Mr. Spahn was born in 40 years ago. This city has more than 3.7 million residents. Making sure everyone complies with Corona rules is not as easy as these people seem to think.

In Ahaus, posting a handwritten note on the notice board in the local supermarket might be enough to make its five inhabitants comply with anything you want. Berlin is different. Besides, Governing Mayor Müller, Senator Kalayci and others told Berliners to comply with the anti-Corona measures and to stop partying like crazy a million times, while some of the German capital’s 26,000 cops and other authorities checked whether the rules were followed.

But, Mrs. Merkel and Mr. Spahn, guess what: Those officers had a few other things to do as well. For instance they dealt with your safety, with crazy conspiracy theorists and Nazis who protested against the measures designed to save them, and everyone else, from a mean virus. Fighting crime is yet another task Berlin’s cops are busy with. So, catching all offenders was simply impossible.

Sure, the coin has a flip-side: We, the Berliners, indeed need to improve. If we don’t, we will be back at munching Ravioli in our apartments 24 hours a day for a month or two. So, the critics were not entirely wrong.

We are Berlin. Our status as the forbidden city is temporary. This place is still vibrant and our culture is still fascinating. Our museums, pubs, clubs, parks, sightseeing spots, historic places are still here. But we needed to hit the pause button. So, stay away for now. But do not forget Berlin, the city of cities, the place of places, the center of the damned universe.

Mrs. Merkel was right when she said that life, as we knew it, would return. “What a joy that will be!”, she stated a week ago. Absolutely. Once that moment has arrived, we will see you right here, in Berlin.